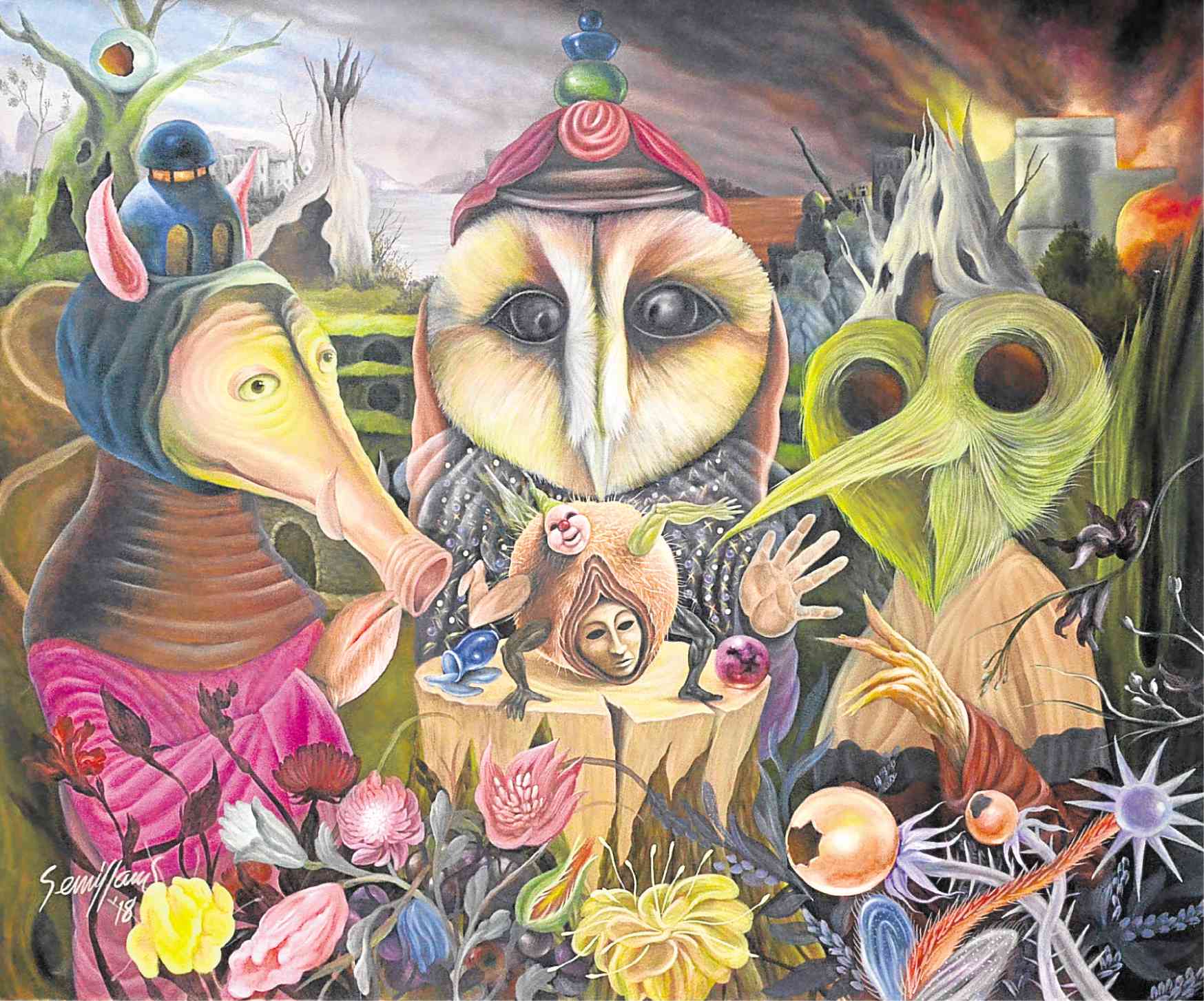 “The Inquisition at the Plateau for the Wise”

A sequel to his 2014 show, “The Mystic Realm,” the new exhibit seeks to fortify Semillano’s long-term project of scene making and storytelling by introducing viewers to the main and supporting characters of his magical realm.

The gallery is transformed into Semillano’s discovery, encasement and annotations of his majestic and mystical beings. The characters are presented in their respective landscapes—enumerations of the artist’s different temperaments as he moves to and from surreal dimensions, and reflecting his own many personal transitions, from top advertising man in the Middle East to an acclaimed disc jockey, a commercial space designer and a family man.

“The Realm Chronicles” is Semillano’s 2019 greenhouse report of species that thrived (and are still thriving) in his imagination over the years. —CONTRIBUTED