Poisonous puffer fish a delicacy for many in Sarawakian town | Lifestyle.INQ ❮ ❯ 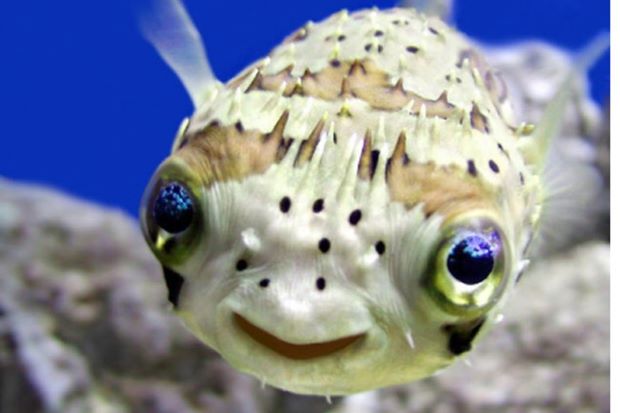 Poisonous puffer fish a delicacy for many in Sarawakian town 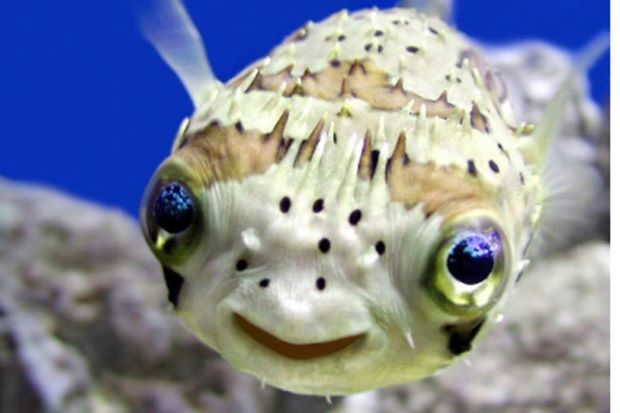 But the fish, despite a deadly toxin that it contains, is also sought after by many for its tasty flesh, cooked in a curry or spicy tamarind sauce, grilled or fried, according to Bernama news agency.

The people who cook puffer fish know how to remove the toxin, which is said to be 1,200 times more poisonous than cyanide.

One such person is 56-year-old Dari Sait Dari Sait of Kampung Manggut, Spaoh, who claims to have been handling the yellow puffer fish from the time she was just 20.

“Removing the toxin requires the use of a proper technique. The poison is in the blood vessels. Puffer fish eggs are also delicious. The toxin is found in the egg membrane. Steaming the eggs with bamboo shoots also drains away the poison,” she said.

Dari said the yellow pufferfish is popular in the Spaoh area, where the people are experts at draining away the toxin and cooking the fish, according to their respective recipes.

She put on gloves to protect her hands against the thorns and showed this reporter how adept she was at removing the toxin in less than a minute, the news agecy reported.

According to Assoc Prof Dr Samsur Mohamad, a lecturer at the Department of Aquatic Sciences of the Faculty of Resource Science and Technology of Universiti Malaysia Sarawak (Unimas), people in Japan eat the pufferfish to feel a ‘sensation’.

“A numbness is felt after eating the fish, and people in Japan seek the numbness when eating the pufferfish,” he said.

Dr Samsur said the season of the yellow pufferfish is between April and October annually along the Batang Saribas with Kampung Manggut, Spaoh, close to the river as the point of focus.

Mohd Remy Husin, 32, said he catches the puffer fish twice a month during the season using a net or the traditional method of using a tool called ‘sagang’.

“When the puffer fish enters Batang Saribas, fishermen snare the fish with a net fastened in the middle of the river. During the season, up to 180 kg of catch are landed compared to only 10 kg during the off-season,” said Mohd Remy who has been catching the fish since he was 12.

He said that after the fish had laid its eggs in the Tanjung Asam area of Batang Saribas, the fish become hungry and are caught with the ‘sagang’ with the use of shark meat as bait.

Dr Samsur said studies show that the Batang Saribas area is the focus of the puffer fish because the narrow passage of the river with its many promontories offers a conducive place for the breeding of the fish.