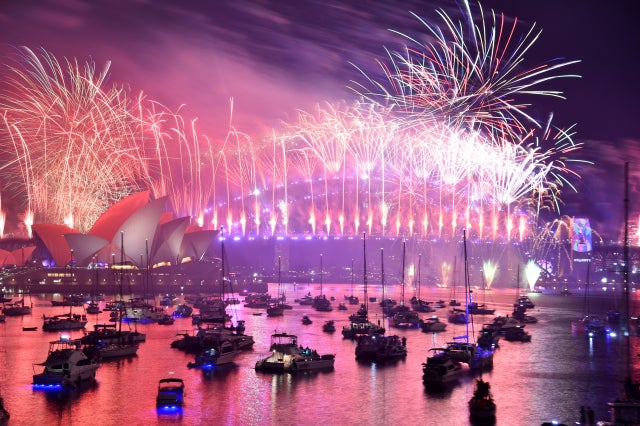 Sydney puts on dazzling 2019 fireworks, but gets the year wrong

The spectacular fireworks show on Sydney’s harbor that rang in 2019 and dazzled spectators around the world was picture perfect, except for one element — it got the year wrong.

More than 1.5 million people packed the harbor front of Australia’s largest city to watch the extravaganza, and noticed a signage beamed onto one of the Sydney Harbour Bridge’s pylons had the words “Happy New Year 2018!”

Photos of the typo were shared on social media sites.

“According to Sydney, it’s still 2018, so I’m going back to bed,” one Twitter user quipped.

Another wrote: “Oh will this horrible year never end.”

Organizers the City of Sydney, who invested huge resources and time into planning one of the world’s first New Year’s parties, saw the funny side of the mistake.

“We just laughed about it, you know these things happen as we said, it takes 15 months to organize an event of this size and scale,” the fireworks’ executive producer Anna McInerney told reporters in Sydney Tuesday.

“Obviously we weren’t pleased, but look you move on, you just get back to doing the show.” NVG

Revelers say hello to 2019, goodbye to an unsettling year