Man afraid of spider gets a visit from police | Inquirer Lifestyle ❮ ❯ 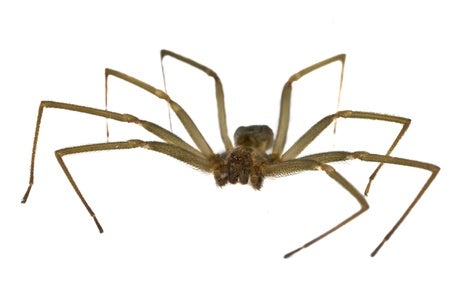 Man afraid of spider gets a visit from police

A man in Perth, Australia, never thought that his fear of spiders would lead to authorities stepping in.

This started when a passerby heard a screaming toddler and the unidentified man shouting “Why don’t you die?” on Tuesday, New Year’s Day,  as reported by the BBC.

When operatives of the Wanneroo Police arrived on the scene, they found the man trying to kill a spider. They said that no injuries were recorded, “except for the spider” on their now-deleted Twitter post. A copy of the tweet was captured by local media outlet The West Australian.

“It’s just one of those jobs where you go expecting to see one thing and see another,” police spokesman Samuel Dinnison was quoted in the report.

When asked why the tweet was deleted, Dinnison said that the photo revealed internal police systems.

“It’s great that it’s only an incident involving a spider,” he commented on the situation.  Katrina Hallare /ra

Man trying to kill spider sets his apartment on fire