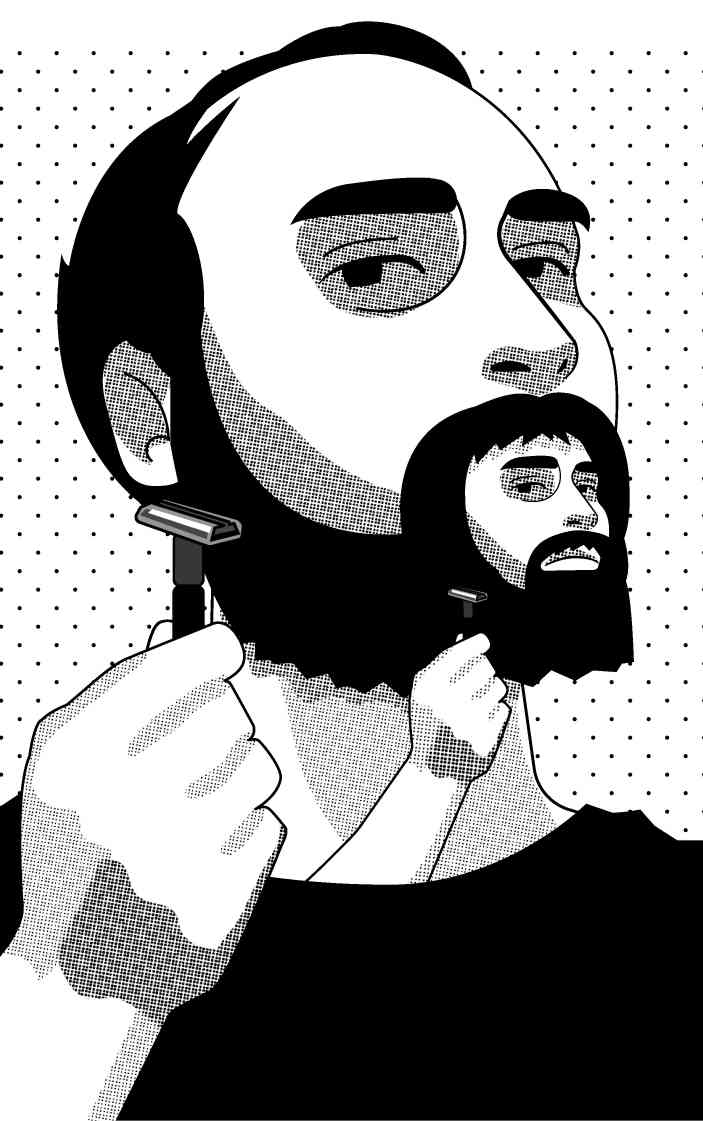 I first started shaving in my last year of high school. My facial hair started growing a few years before and I paid it no mind until one of my teachers made an innocuous remark about.

“Going for the John Lennon look?”

It took me an embarrassingly long while to realize that she was not talking about the early, boyish, Beatlemania John, but the gruff, unkempt, post-Maharishi, Abbey Road John.

It was a brief yet brutal affair, shaving for the first time. I had already made up my mind that everything below the ears had to go and I was exceedingly eager to be done with it. I picked up the first shaving implement within sight from the bathroom sink, rinsed my face with a haphazard slosh of tap water and began hacking away.

The absence of warm water, shaving cream and a sharp edge for the razor meant that my first foray into shaving netted me a couple of nicks which, considering the copious amount of bleeding, were generous in their reminder of my novice skill in handling a blade.

I remember a required reading in my high school English class by American poet Leslie Norris. It was a short story about a dying man, weakened by an unmentioned disease, is tended to by his young son who is close to reaching manhood. It’s an elegant coming-of-age story where the act of shaving, which is in itself seen as an affirmation of maturity amongst men, is used by the elderly man as a sign that the child he raised is now able to able to take care of himself and others.

A touching tale to be sure, and though I am thankful that my father was not suffering from a romantically unnamed disease at the time, my masculine grooming skills were woefully uncultivated. And so began a long, on-and-off relationship between myself and my beard.

As numerous barbers and, for some reason, tricycle drivers have pointed out to me, my facial hair could be characterized as “unusually thick” for the average Filipino. The constant battle between taming the wilderness that could be found on my face meant that I weary sometimes of the unceasing trimming and simply leave it to neglect.

The results are almost immediate and usually result in offhand remarks similar to the previous observation made by my teacher. More than a decade later, in early 2018, I was waiting in line to board a jeepney and was about to hand the fare to the barker. Upon receiving the payment, he took one look at me and told me “Sayang talo.”

In hindsight, I was amazed at how quickly my mind pieced together the enigma that was kuya’s comment. We lost? Lost what? Where does one lose? Games? Sports? What kind of sports could kuya be into? Are there any noteworthy tournaments going on? What about the NBA Playoffs? Aren’t we already in the conference finals? Who’s playing who? The Cavaliers and the Celtics? The Rockets and the Warriors? I remember it was the Rockets, but why would kuya bring up the Rockets’ loss? Did Golden State put up another shooting clinic? Was Harden’s defense exceptionally egregious this time? Harden. James Harden. James “The Beard” Harden. Of course.

I couldn’t help but smile at the jeepney barker’s cheekiness as I clambered onto the jeepney. I played along with a “Bawi na lang sa susunod.” Needless to say, that night I set an appointment with my bathroom sink, which I had put off for long enough.

This time, however, I’ve had years of practice and time to amass the proper creams and razors and a steady hand borne of many a bleeding lip. I am almost looking forward to the next razor wit that would have me reaching for mine.