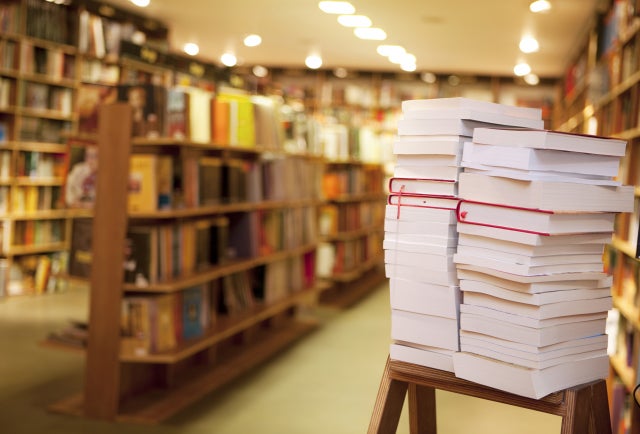 Brexit's influence has spread to books spanning dystopian visions based on the angst of europhiles and more reflective novels probing the apparent divides. Image: IStock/mbtphotos via AFP

With Britain’s decision to leave the EU exposing fault lines across society, fiction writers are responding with an increasing array of Brexit-infused work — from state-of-the-nation novels to futuristic satire.

Brexit’s influence has spread to books by established authors like Ali Smith and Jonathan Coe as well as those of debut novelists, pushing writers to examine often overlooked parts of the country and social themes.

The genre — dubbed “Brex-lit” by the Financial Times — spans dystopian visions based on the angst of europhiles and more reflective novels probing the apparent divides.

“I have noticed that in the last few years, more and more (submissions) tend to be either fairly dark dystopia or relatively young nostalgia,” Daniel Hiscocks, the founder of a small, independent publishing house, told AFP.

“I see this as reflective of where, increasingly, pub conversations tend to be headed too,” he added.

Last year, Hiscocks published Douglas Board’s “Time of Lies” which is set in a 2020 Britain that has elected its own version of Donald Trump.

Board, a former civil servant turned writer, said Brexit had compelled him to write “about ignorance and contempt between ruling class and ruled.”

“I think there’s an opportunity for novels to really be playing on a completely different radio wavelength than the news media,” he said.

Some of the authors said they wanted to use storytelling simply to highlight the divides laid bare by the 2016 referendum.

Commissioned by European publisher Peirene to write something in response, Anthony Cartwright’s short novel “The Cut” depicts an urbane documentary-maker’s short-lived and ill-fated romance with a laborer.

Set in a working class corner of the West Midlands, the pair struggle to comprehend each other and their respective worlds.

“We need to at least try to understand people on the other side of whatever divisions we face,” said Cartwright. “It’s my concern that we are not doing that well enough.

“What novels can do is observe a situation, offer some reflection of the national mood.”

Other chroniclers of these tumultuous times felt compelled to write out of sheer anger.

“Brexit influenced me enormously and the book is very much a reaction against it,” said James Silvester, whose “Blood, White and Blue” debut claims to be the first “post-Brexit” novel.

Married to a Slovak national working in Britain’s emergency services who has faced a spike in racist abuse since 2016, Silvester wanted to “encourage people to think about the reality of Brexit … what it’s doing to people, the pain it has caused and continues to cause.”

In the book, the main character is “a half-Czech spy fighting for a country that hates her in the chaos of Brexit.”

Some of the books are set in parts of Britain often ignored in literature — like the Brexit heartlands of eastern England in Adam Thorpe’s “Missing Fay” and the West Midlands, where much of Coe’s state-of-the-nation tome “Middle England” is set.

Thorpe’s novel centers around the disappearance of a teenager from a run-down housing project.

His portrayal of life in a small Lincolnshire town was written mostly before the referendum.

It only became a so-called “Brexit novel” because the “poverty and sense of hopelessness” depicted in it had helped explain the result, Thorpe said.

“Novelists who want to reflect their times have to have finely-tuned antennae, picking up signals that the population in general ignore,” he said.

He nonetheless remained cautious about letting too much politics into the story.

“I wanted the novel to be a litmus test of a nation at a certain moment more than a political statement,” he said.

Still, British novelists are starting to make a much-needed return to “forcing people to think and feel about stuff that’s quite uncomfortable,” said author Amanda Craig.

Her account of a marriage in crisis in “The Lie of the Land” offers a more subtle take on the forces fueling Brexit — with the pinch on family budgets and the urban-rural divide looming large in the background.

“The reason why fiction has lost a lot of its power in social terms is because too few of us are doing what people like (Charles) Dickens did,” Craig told AFP.

“I do think that we’ve lost that sense of moral purpose. Fiction is there to entertain and to move and to delight, but it’s also there to make you think.” CC