Matera: What tourists should know about the European Capital of Culture for 2019 | Lifestyle.INQ ❮ ❯ 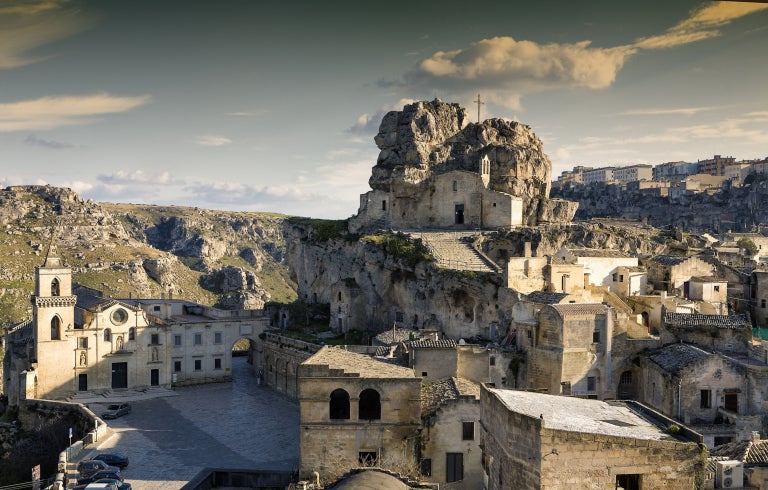 Matera has been designated European Capital of Culture for 2019. Image: Rimbalzino/IStock.com via AFP Relaxnews

Matera: What tourists should know about the European Capital of Culture for 2019

You have likely seen it without recognizing it. Matera, which has been designated European Capital of Culture for 2019, is thought to be the world’s third oldest city. A UNESCO World Heritage site since 1993, because of its perceived resemblance to Ancient Jerusalem, the city’s Sassi quarter has been used as a filming location for numerous movies. Now, 2019 is set to be the year when Matera will emerge as a leading tourist destination in its own right.

Located just above the instep of the Italian boot, Matera is in the Basilicata region, which borders on Apulia to the east, Campania to the west and Calabria to the south.

The easiest way is to catch a plane to the airport in Bari, which is the capital of Apulia. Matera is some 60 kilometers from the airport, and the Pugliairbus will take you there in around two hours.

The numerous caves in the city have been in continuous use since the Paleolithic period, and the area is thought to be one of the oldest human settlements in Italy. Over the centuries of their long history, many of these caves have been transformed into chapels. Adepts of religious tourism will be delighted by the prospect of an itinerary that can take in as many as 130 Rupestrian churches. No doubt the sheer number of these places of worship is one of the reasons why Matera is often referred to as the “Second Bethlehem.” At the same time, its perceived resemblance to Ancient Jerusalem has also caught the eye of directors like Mel Gibson and Pier Paolo Pasolini who have used it as a location for such films as “The Passion of Christ” and “The Gospel According to St. Matthew”.

Where to stay overnight

The caves of Matera were not only home to hermits and monks, they also housed a much wider population. This strange habitat carved out of the rock has a name, the Sassi, which has been listed as a UNESCO World Heritage site since 1993. The cave dwellings are linked by narrow winding streets and stone steps, which makes the area a giant limestone labyrinth. Like the trulli, which have attracted thousands of visitors to Alberobello in neighboring Apulia, the Sassi is enough to justify a visit to Matera. And if the troglodyte theme is particularly to your liking, you can also choose to stay in one of the several cave dwellings that have been transformed into hotels.

What to eat and drink

Durum wheat (le grano duro) is one of the star ingredients in Matera. It is used to make pasta and also the bread, which is a key ingredient in dishes like the “cialledda calda,” a sort of soup made from eggs and olives flavored with garlic and bay leaf. Red chili peppers are another notable product of Matera, and they are widely used in a range of recipes. Located just 30 kilometers away from the Ionian coast, the city is a good place to order fish. Matera is also a well-established destination for wine lovers, who appreciate the province’s dishes and cheeses with the local wines which were granted their own DOC classification in 2005. JB

What superfoods can you can easily add to your 2019 diet?