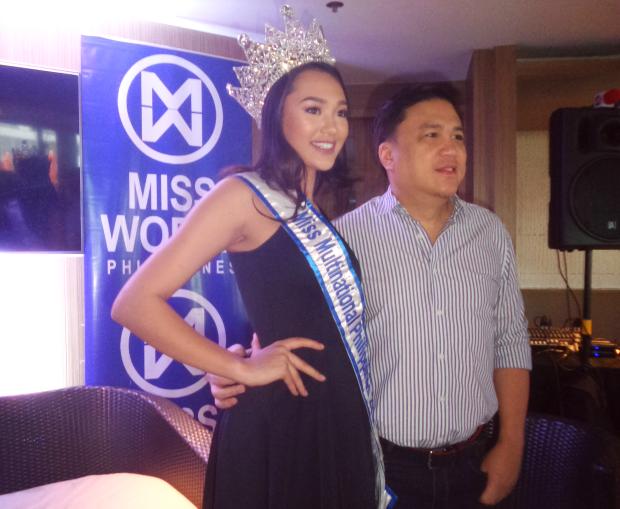 QUEZON CITY — Filipino pageant spectators will have to wait a few more months before they witness the Philippines’ first staging of the Mister World contest, as the local franchise holder announced that the global tilt has once again been moved to a later date.

“The Mister World pageant is moved to June. It will be held on June 10, to be exact,” Arnold Vegafria, Miss World Philippines Organization head, told members of the local media at the send-off press conference for Kimi Migford, the Philippines’ representative to the second edition of the Miss Multinational pageant, which was also moved from its intitial December schedule.

The Canada-based Mugford is set to fly on Jan. 9 to India, where she will compete with over 50 delegates from around the world for the crown currently held by Filipino queen Sophia Señoron.

Vegafria said the Mister World pageant was postponed again because of the request of some countries, to give them enough time to prepare for another global competition.

It was initially scheduled for last year, but was moved to March 2018.

The Philippines is eyeing a record number of delegates for its first staging of the male counterpart of the Miss World pageant.

The Mister World pageant is held every two years. It was last held in 2016 in England, with Rohit Khandelwal of India emerging as winner.

No Filipino has ever won the Mister World title. The closest the country has ever gotten to the prize was Andrew Wolfe’s first runner-up finish in 2012.

The Philippines will be represented by University of the Philippines alumnus JB Saliba in the upcoming Mister World contest. /atm