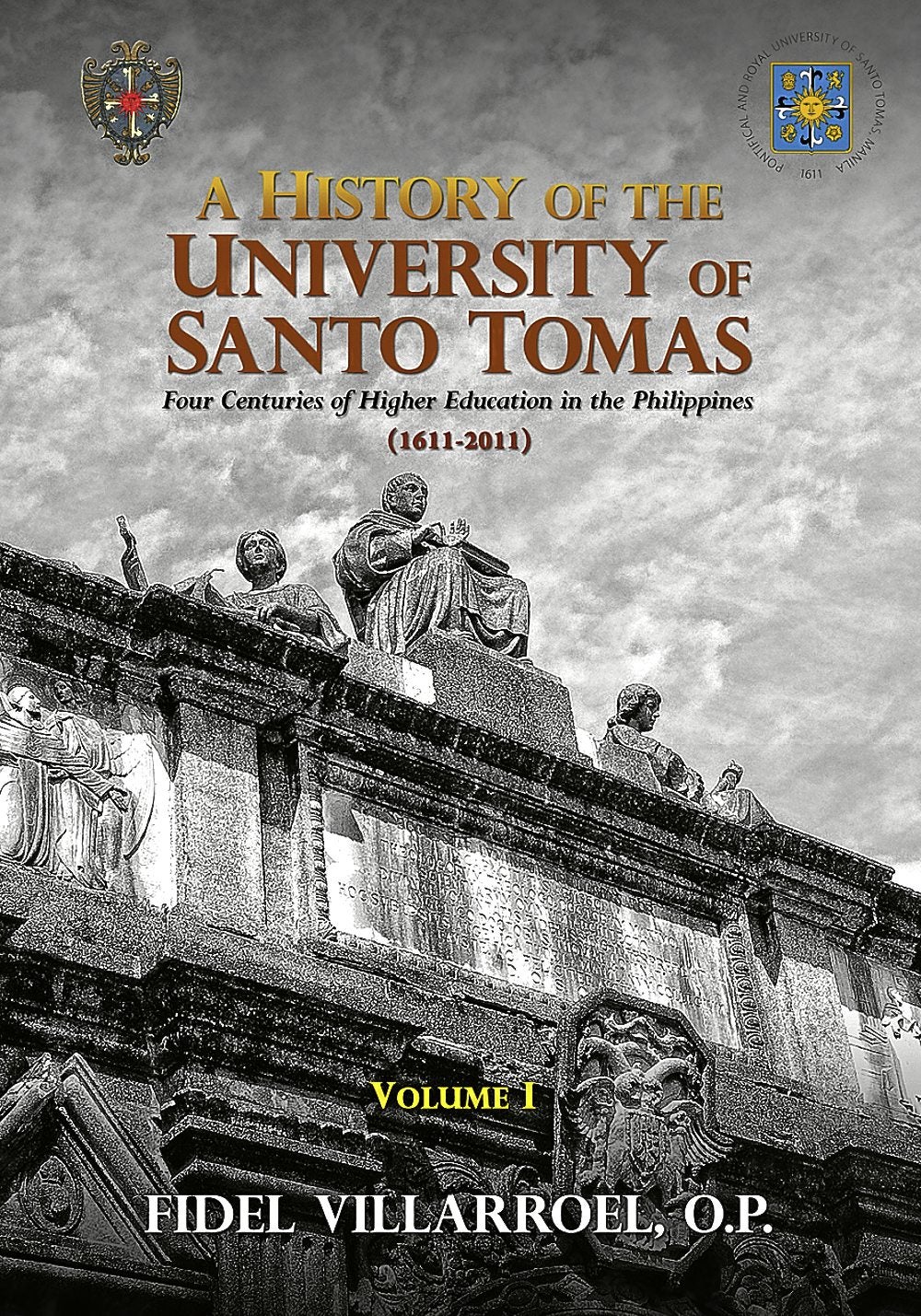 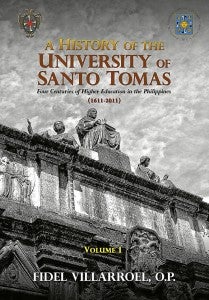 Published by the UST Publishing House, the history volumes promise to become the most comprehensive and most definitive yet of UST, Asia’s oldest university.

Because of their scope and exhaustiveness, the history books are also a veritable history of education in the Philippines.

In the book, Father Villarroel, who systematized the UST Archives and is mentor to several historians and researchers, corrects a number of “faulty” items of history.

Villarroel, for example, corrects certain details about the assassination on Oct. 11, 1719, of Gov. Fernando Bustamante, whose “character and…administration of the Islands have been judged differently by various historians.”

Villarroel takes issue with Felix Resurreccion Hidalgo’s mural at the National Art Gallery of the National Museum, which illustrates a mob of Dominican friars murdering the governor.

Villarroel writes to straighten this anomaly in history: “[Hidalgo was] misled by some advisers [to] wrongly [portray] the Spanish missionaries as the promoters of the tragic murder.” Antonio Regidor, a mason prominent for his anticlerical sentiments, was the painter’s adviser, he explains.

Villarroel said the governor and the Church came into conflict when the governor’s soldiers stormed the Manila Cathedral, thereby violating the right of sanctuary. The violation was due to the governor’s orders to recover the government inventories and official records held by a notary public who was then taking refuge in the cathedral.

Upon consultation by Bishop Francisco de la Cuesta, the Dominican experts of canon law from UST declared that “under no circumstances or conditions could civil authorities exercise jurisdiction within sacred places, even under the orders of the governor and of the audiencia.”

The governor responded by imprisoning the prelate and higher ecclesiastics, including Dominicans, Villarroel writes.

The historian’s conclusion: “At the moment of the assassination of the governor, [the friars] were far away from the scene. They were in jail.”

After taking up his masters in history from the University of London, Villarroel was assigned to the Philippines to head the Spanish department of UST in 1957 and university archivist in 1959.

Villarroel also became for more than 20 years a secretary at the Apostolic Nunciature.

In 2010, the Order of Preachers (the Dominican Order) made Father Villarroel a “Master of Theology,” along with Peruvian Dominican Fr. Gustavo Gutierrez, “the Father of Liberation Theology.”

He was responsible for transforming the university archives situated in a small room—“unkempt, very dusty, disorganized and dark, with termites eating up some of the books”—in front of the UST Fathers’ Residence into one of the best facilities of research in the country where scholars, even from abroad, would do their work.

Among the important records that Villarroel catalogued were student records of UST between 1619 and 1673. The records indicated the beginnings of higher education in the Philippines.

“The degree was earned after passing a series of tests and examinations, which were prescribed by the colegio’s statutes…,” Villarroel writes about the exams in the 17th century.

There was an air of sacredness in the examination rites and practices, he writes. “These were, in fact, faithfully followed with occasional updating, until the end of the Spanish period.”

Before the conferment of a degree, he writes, the candidate must undergo the “lengthy proceedings leading to the much-feared examination, [which] was so dreaded that the examination period was referred to as the Noche Triste (Sad Night).”

The tests, Villarroel writes, required proving a candidate’s competence to a panel of experts, who would not stop throwing questions until they were satisfied.

The history book highlights the achievement of Cardinal Zeferino Gonzalez, “the best philosopher the [UST] has ever produced.”

“His philosophical writings contributed greatly to the historic revival of scholasticism and Thomism in Spain and in the Spanish-speaking world in the 19th century,” Villarroel writes. “In fact, he was one of the most prominent philosophers in Europe.”

A rather extensive chapter is devoted to the Thomasian cardinal in Volume II, which tackles the decline of Scholasticism that followed the Age of Enlightenment.

The restoration of Thomism (the philosophy of St. Thomas Aquinas), which was spearheaded by Gonzalez, “received ecclesiastical approval and support when the Holy See officially recognized its merits,” Villarroel explains.

The longtime university archivist also tells about the encyclical’s “unmistakable references to Zeferino’s [‘Estudios’],” that when it arrived in the country in 1880, the university rejoiced and, in the traditional way of Dominicans in celebrating momentous events, conducted literary programs (writing contests, performance arts and classical debate on philosophical issues), pageantry and elaborate festivals.

Meanwhile, the university press (the oldest in Asia and the second oldest in the world up to this day) immediately reprinted the encyclical in “an elegantly ornamented edition,” which was sent to the Pope as a form of thanksgiving.

While the series, of course, includes the usual narratives such as the foundation of the university and alumni like José Rizal, Villarroel objectively provides perspective and goes in-depth.

In the chapter “Student Unrest and Gom-Bur-Za (1869-1872),” the historian traces the connection between the national hero and Fr. Jose Burgos, who had received all his degrees from UST where he was also a professor.

In sum, “A History of the University of Santo Tomas,” with its 68 chapters, deserves to be the highlight of the conclusion of the fourth centennial of UST, as it affords everyone a look back and forward of a glorious institution that has withstood the test of time.