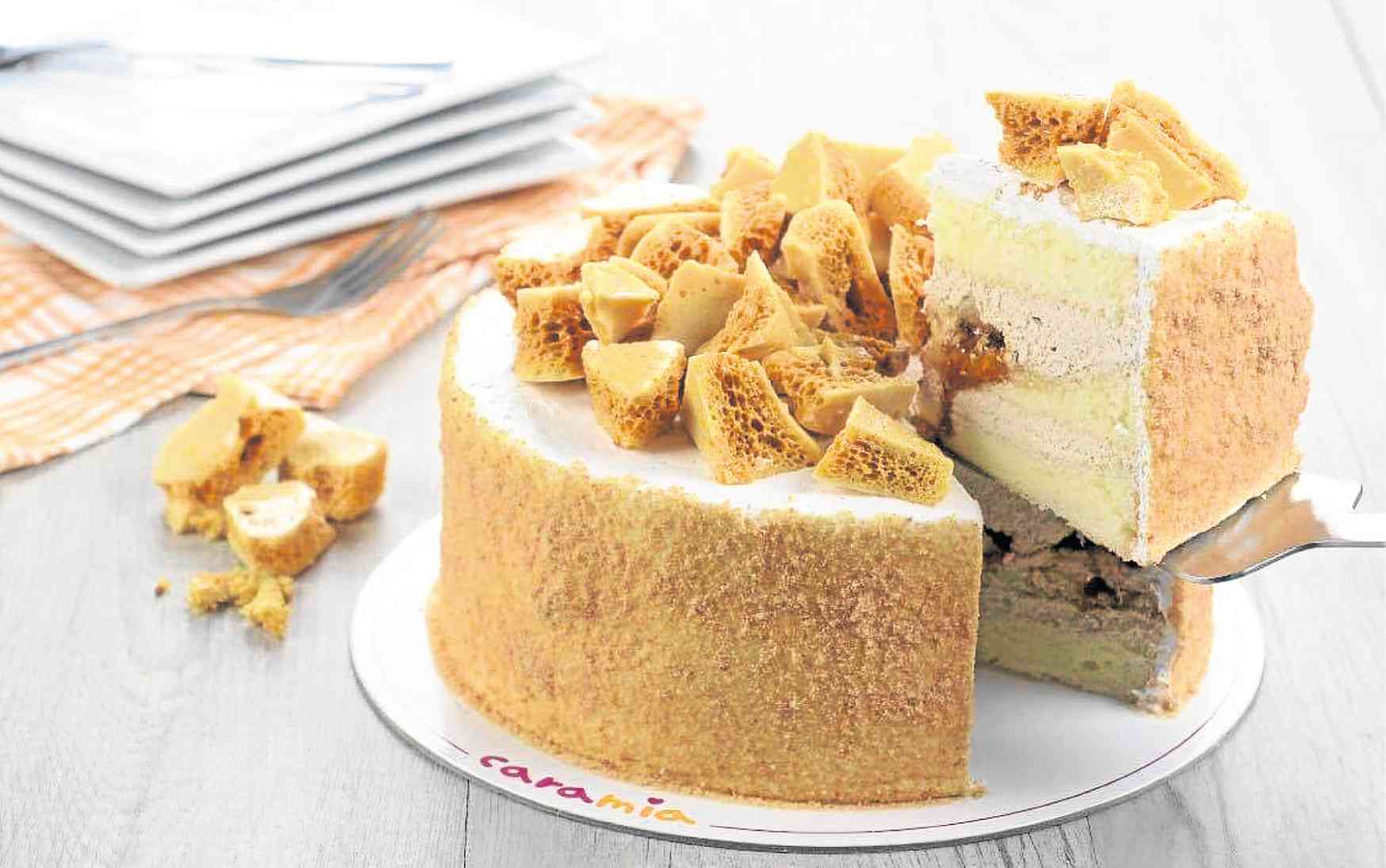 The restaurant industry gets more and more aggressive and the competition more cutthroat each year. But that’s not stopping fearless restaurateurs from entering the arena, introducing groundbreaking concepts and widening their brand portfolios.

Here is the year’s most exciting lineup.

The Foodee Global Concepts will be busy this 2019 as Bench Cafe and Pound x Flatterie will see three more branches by year’s end.

Mesa, known for its Filipino fare, will launch a brand endorser for its 50th store milestone.

Hawker Chan will widen its reach with five stores, while Kam’s Roast, another of the group’s Asian franchise, will have its first Makati shop.

The Moment Group (TMG) expands in the south—Ooma in Alabang, Din Tai Fung at Greenbelt, Makati, and Manam at SM Aura and Molito in Alabang.

Shawa Wama will have a branch outside Power Plant Mall and will offer a more extensive menu, while Manam Cafe, which opened at SM Mega Fashion Hall last year, will have a satellite site next door, at Podium.

TMG’s brands will also be in a popular concert venue soon.

Happy Concept Group’s World Topps, a rice toppings joint, and Tsokolateria will be in Quezon City. Robby Goco’s beloved restaurants will expand as well—Cyma Greek Taverna at Ayala by the Bay by July and his Souv by Cyma at Molito Alabang.  Tokyo Milk Cheese Factory will have a pastry shop at Ayala by the Bay and at Capitol Commons in Ortigas.

Ayala Malls the 30th will have a branch of ramen house Ippudo, while Podium will add Marugame Udon and Tempura, Choi Garden, Red Lobster and Salvatore Cuomo in its F&B roster.

In March, Amici will introduce its newest flagship restaurant at One Bonifacio High Street, with new offerings and exclusives by chef Paolo Moran. Hong Kong roast Taikoo will open in BGC and in Legaspi, Makati.

The much-anticipated Made Nice, which is moving from Salcedo to Rockwell, is expected to have a more local and Asian fare.

Popular Filipino restaurant Locavore will finally cater to the market in the north as it opens at Eastwood.

The Power Plant Mall’s The Grid will add five stalls and 200 seats to meet the growing demand.

Gelateria Cara Mia will have a cafe counterpart at Uptown Mall Bonifacio by April, serving not only familiar cakes and gelatos but also pastas, sandwiches and meals. It will also offer classic cake favorites, following the huge success of its ube cake.

Some of the city’s renowned restaurants will go beyond the metro. I Love Backyard BBQ will be in Vanilla Beach, El Nido, Palawan, by April, Tsokolateria will be in Boracay by February, Sau del Rosario’s Pampanga-based Cafe Fleur at Clark Airport soon.

On the dessert front, the Relish Group’s Kumori will experience a provincial push this year. “After four consecutive years of double-digit growth for Kumori, we now see the opportunity to expand the concept to key provincial cities outside Metro Manila,” says managing partner Linfred Yap.

“There are consistent inquiries to bring the well-loved bakery to adjacent cities, and we’re excited to make all that happen starting 2019.”

Up first are shops at SM Sta. Rosa, Laguna and SM Bacoor, Cavite.

Nicco Santos, who surprised everyone with the closure of Hey Handsome, opens a new concept called Pact in Makati by May. It will have seasonal and grain-focused dishes for the common folk. “I want to open something sustainable and can be scaled in a way that will be working long term for small farms and suppliers.”

Elbert Cuenca, who opened a sandwich shop in the new wing of Power Plant Mall, has teamed up with Alain Borgers and chef Miko Calo at Metronome restaurant. Located in the former Hibana space at Grand Midori Makati on Bolanos Street, Legaspi Village, Makati, it will have modern French dishes as beautifully interpreted by the promising female chef.

Eric Dee and his group will open their spacious Food District Signatures in March in BGC. The restaurant hall will have 10 restaurants, five food stalls, 10 kiosk spaces and 10 dry goods.

Another food hall will open midyear at Robinsons Magnolia, similar to Hole in the Wall at Century City but more interactive, says Charles Paw of the Tasteless Food Group.

American burger chain Shake Shack, to be brought in by the Stores Specialists Inc., opens at Central Square, BGC, while Popeye’s, a popular fried chicken fast-food brand, has been imported by the same group that introduced us to Kuya J’s.

Mamou will be done up a bit to become Mamou Prime in Ortigas, with a prime rib trolley and more seafood dishes.

The Raintree Restaurants will close the last of its Chelsea brands, Chelsea Kitchen at SM Megamall, for a fresher concept. The Moment Group’s Mo’ Cookie, which sold well in a pop-up at Rockwell, will have its own shop with baking done on the spot.

Carlo Lorenzana and Bob Tenchavez, who recently opened La Cabrera at Edsa Shangri-La Hotel, will open an asador with the Bar Pintxos owners.

Chef Sau del Rosario will open an Asian restaurant of favorites like Hainanese chicken and laksa, and a Mexican joint.

Goco heads up north to open a prime rib house in Baguio, and Ennea by Cyma, a small Greek tavern focusing on charcoal-fired meats and island Greek specialties, in El Nido, Palawan.

The brains behind local beer company Pedro will set up a tap house in Poblacion, Makati.

Successful entrepreneur Marvin Agustin has something brewing in Poblacion as well—

a two-story creative hub for artists and chefs to collaborate and showcase their talents. A gallery slash bar-cafe-restaurant slash events space, it will be a center of education and innovation in the arts, from culinary and cocktails to sculptures and film.

After making a mark in Cebu with Enye, Chele Gonzalez will head to Boracay to open Aqua, a beach club similar to Potato Head and Kudeta in Bali, Indonesia. At night, its restaurant, Sea.Food by Chele, will have fish dishes with his own signature stamp.

Husband-and-wife Cyril and Pierre Addison will join the food scene in Kapitolyo with Ricksha Streetside Tandoor. Offering modern Indian dishes, it will have signature tandoori platters, including biryani rice, raita and fryums. Kathi rolls will be made-to-order using handmade parathas and five different sauces. The small eatery will also have a pani-puri stall.

Cookbook author Myke Tatung Sarthou is back to doing private dining. He will open his Quezon City home to host dinners for groups of six to 16, serving his inspired take on classic regional Filipino cuisine. He will also hold cooking classes in his private kitchen studio on weekends starting February.

Happy Ongpauco-Tiu will have her grandest project to date—The Dining Room under Private Dining by Happy Concept Group. Guests can choose among her concepts of dining rooms, and also their own table service—plates, silverware, table accessories and uniforms for servers. The Dining Room will have three strategic locations: Greenhills, Salcedo Village, Makati and Roxas Boulevard.

2019 will be the year people will stuff themselves with pastas and pizzas as more Italian cuisine restaurants open.

Reliable bakery and cafe Wildflour will have Wildflour Italian at the Finance Centre in BGC. According to Ana de Ocampo, it will be an Italian restaurant/bistro that will also serve breakfast. “For many Filipinos, Italian cuisine was their first taste of international comfort food. This nostalgia paired with the inspiration of travels with my sister Margie and chef, Walter Manzke, sampling the finest and the most satisfying Italian dishes, has compelled us to launch this restaurant.”

The Rambla Group, which does great churros and Spanish specialties, will venture into Italian territory too, with Osteria Daniele in BGC in March.

Elbert Cuenca will definitely give pizza parlors a run for their money with Elbert’s Pizzeria, a Napoli-style pizza shop on the ground floor of V Corporate Center, Leviste St., Salcedo, Makati. He will import his ingredients from Italy.

Amado Fores, son of celebrated chef Margarita Fores, sets up his own Italian restaurant, A Mano, which means by hand. The restaurant will specialize in fresh pastas rolled in store and regional Italian cuisine. People can enjoy Tuscany’s simple and rustic peasant fare alongside Emilia-Romagna hard cheeses and stuffed pastas.

Karla Mendoza, who was the executive chef at Pizzeria Mozza in Singapore, is setting up an open kitchen with an Italian heavy seasonal menu on Pasong Tamo Extension, Makati, in May. —CONTRIBUTED