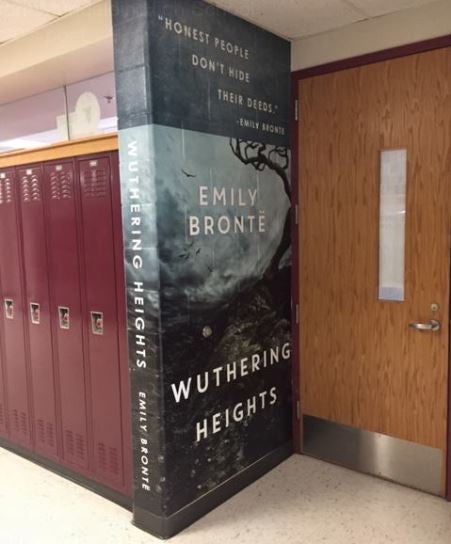 One high school in Illinois, Chicago thought it apt to welcome its students back to school with murals that not only dazzled, but also aimed to encourage them to pick up a book.

Mundelein High School decked the hallway of its English department with larger-than-life vinyl murals of famed books that spanned different genres and time periods. The spectacle was shared on the Mundelein High School District 120 Facebook page last Jan. 5 as a teaser for its students who returned to normal programming last Jan. 8.

“A routine hallway has been transformed into a giant motivational tableau to encourage reading,” wrote Mundelein High.

CORRECTION: THE HALLWAYS ARE VINYL MURALS, NOT PAINTED. ENGLISH DEPARTMENT HALLWAY TURNED INTO DISPLAY TO ENCOURAGE…

The murals were added outside the classrooms of English teachers Ryan Buck, Mike Dayton and Mark Landuyt during Christmas break, according to the Daily Herald on Jan. 7. As to how the books were chosen, the report shared they were according to the teachers’ most treasured favorites.

The sight has since gone viral and garnered almost 4,000 shares and likes, much more than the previous posts in the school page. Ron Girard, Mundelein High School’s spokesperson, found himself floored over the public’s reaction and was pleased that many educators the country over wanted to do the same thing.

“I was amazed at the responses,” Girard was quoted as saying. “Many comments are from teachers and administrators from all over the country wanting to copy the idea.”

The post also did not fail in eliciting an astonished reaction from Reynolds himself. He took to Twitter last Jan. 6 and tagged co-author Kiely in the process upon seeing pictures of “All American Boys” in the school hallway.