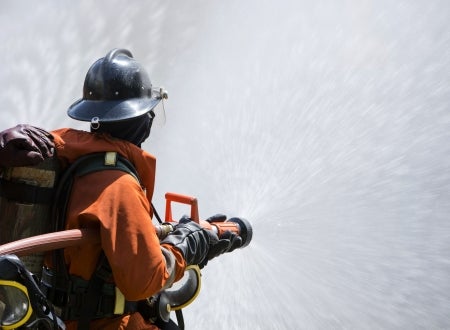 One man in California, USA, used his job as a firefighter to mark an important milestone in his life—asking his girlfriend’s hand in marriage.

This all started when Maddison Ridgik called the local Venture Country Fire Station as smoke suddenly started coming out of their home attic, media outlet SWNS via AOL reported on Thursday.

Little did Ridgik know that her boyfriend Zach Steele installed six remote-controlled smoke detectors in the attic. She also thought that he was out to “pick up groceries” as they were planning a party that day.

Meanwhile, Steele was actually with his fellow firefighters at the station to plan the surprise. They then rushed to Steele’s house to respond to Ridgik’s call.

Steele—wearing a mask to hide from his girlfriend—took it off in front of Ridgik and bent on one knee.

“Maddie, will you marry me?” Steele asked, and Ridgik said yes. “Is our house fine?” she asked, making sure that their home was not on fire even though they pulled a prank on her.

“She had a look of pure shock and confusion on her face,” Steele recounted that day in the report. “Her hands were shaking as she tried to figure it all out. She turned away from me and when she turned back around I was on one knee.”  Katrina Hallare /ra

Call of the wild: Cop responds to disturbance stirred by distressed parrot