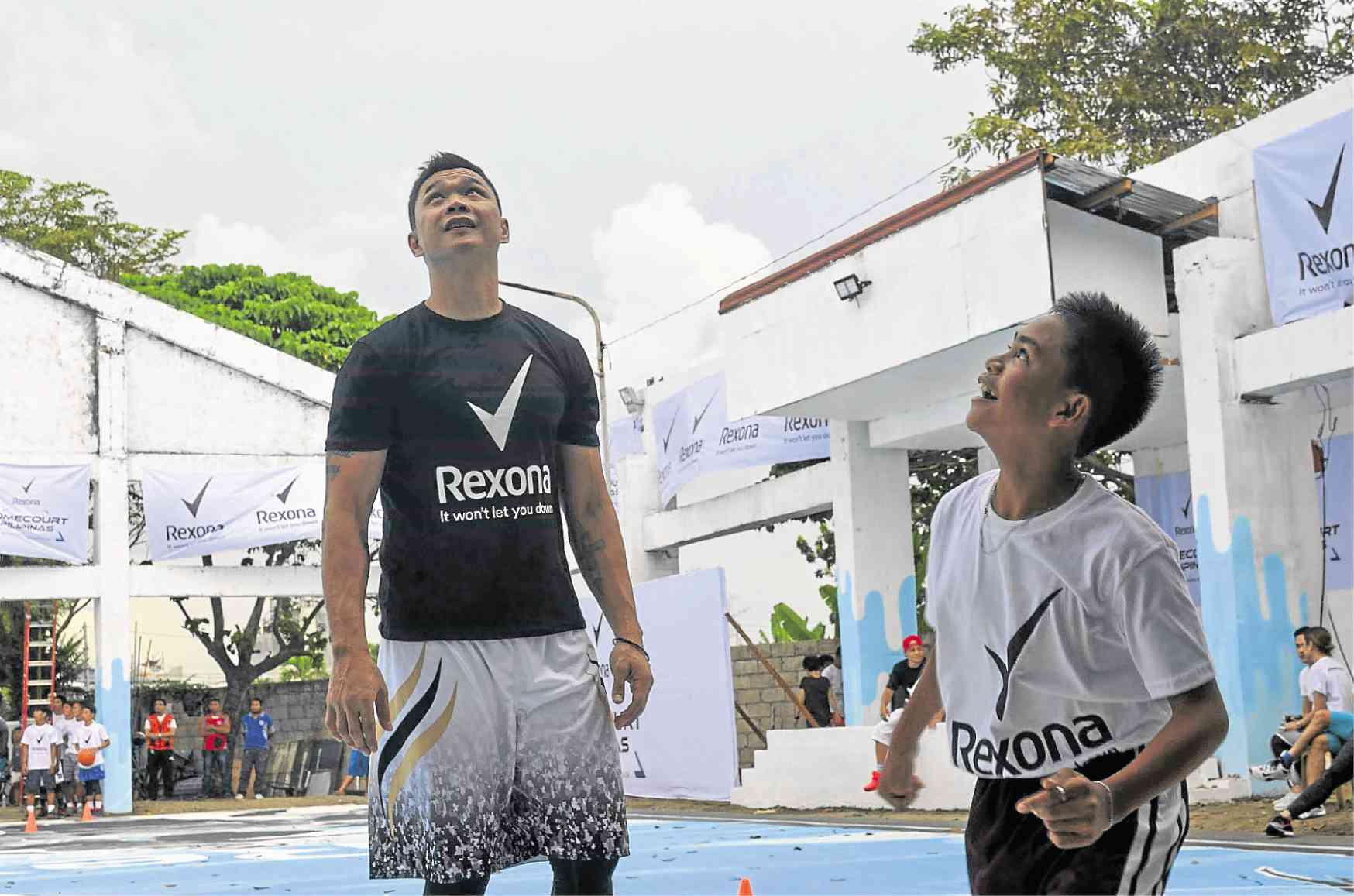 Gary David (near right) shoots hoops with a resident of Barangay 82 in Tacloban.

Because basketball is life

The Philippines is still basketball-crazy. Every barangay in every town has to have a basketball court.

Town fiestas, concerts and other events are also held in basketball courts. Basketball courts have come to symbolize interaction and unity in the community.

When residents of Tacloban in Leyte started rebuilding their lives in the wake of Supertyphoon “Yolanda,” nobody was playing basketball. For several months, according to a village leader, there were also no other events held in the barangays. The liga, or basketball league, that drew communities, was put on hold.

With help from Rexona and rap artist Mike Swift aka Mr. Pinoy Hoops, the basketball court in Barangay 82 in Tacloban was rebuilt to revive the spirit of disaster-stricken communities.

A basketball-loving Filipino who grew up in Brooklyn, New York, Swift worked to bring the court back to life. He and members of the community joined hands in repainting the court, repairing the stage, the boards and the rings.

Part of Swift’s plan was to induce a nature-like vibe in the court to make it look more relaxing and inviting—hence, the beach-inspired colors. They also installed spotlights so they could hold events at night.

During the court’s recent inauguration, former PBA stars Dondon Hontiveros and Gary David held a basketball clinic for teens aged 15 to 19—who formed teams, went through drills and played basketball.

Now, Barangay 82 and its neighboring communities can look forward to more games and gatherings on the court. —CONTRIBUTED