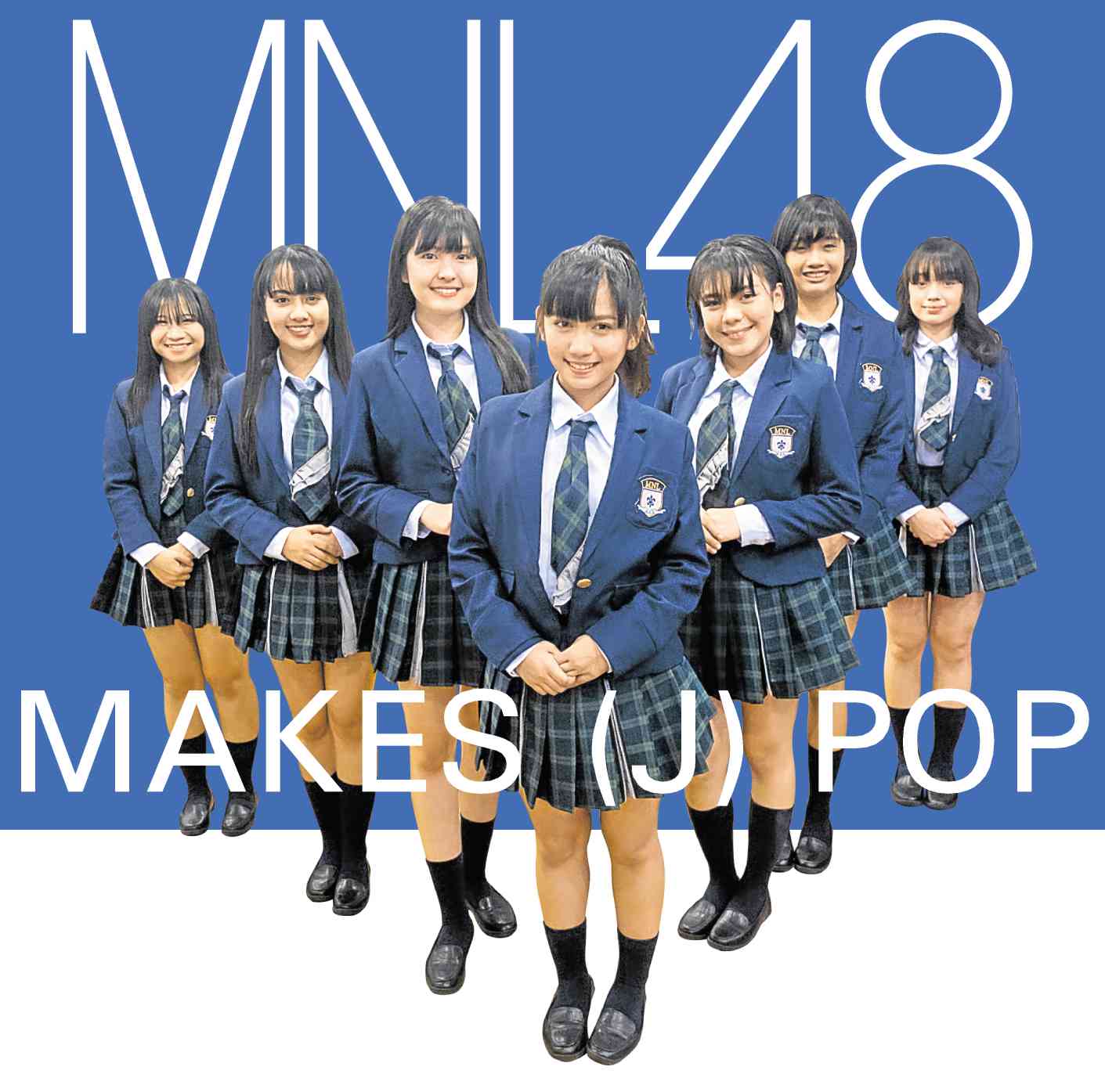 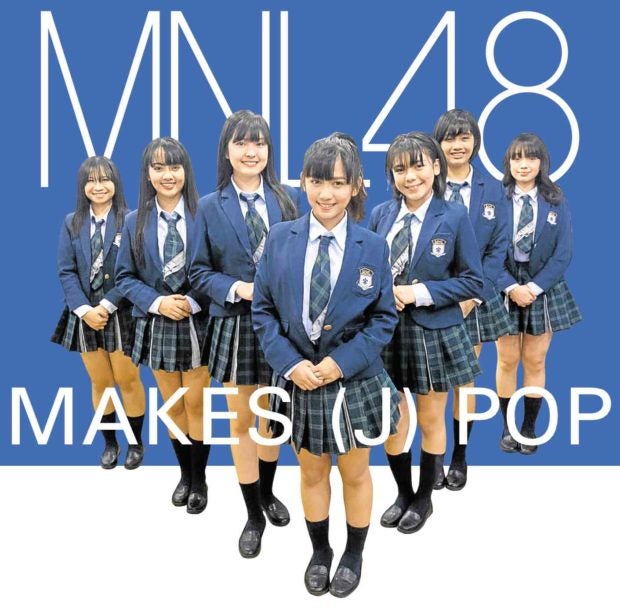 Filipino idols? As in patterned after the image of a contemporary East Asian pop music artist-performer-celeb-pseudodeity? We’ve had them since April last year. They’ve been dancing, singing, and generously sharing social media content about their training and lifestyle as members of the all-girl group MNL48.

If you find yourself raising an eyebrow and balking at those facts, let Super be the first to debunk all preconceived notions and expand your knowledge of what an “idol” should be. (Hint: There’s no one single formula to create that often worshipped—though much maligned—species.)

The name MNL48 stands for the Philippine capital, spelled in the airport code that’s been a labeling trademark for groups under Japan’s biggest idol franchise, AKB48 Group (also referred to as 48 Group or 48G).

It all started in 2005 when Yasushi Akimoto—the sometimes controversial entertainment industry executive-creative, prolific screenwriter and pop music lyricist, and Tokyo 2020 Olympic Organizing Committee board member—founded the ensemble that calls Akihabara district in Tokyo its home base (hence the franchise name).

Over a decade and about 16 aidoru (that’s “idol” in Japanese) generations later, the pioneer of 48G has become a J-pop juggernaut. AKB48 music consistently makes it to the Oricon Charts, or Japan’s equivalent of the Billboards, often with two (or more) singles on the weekly Top 30.

Check out the official website and the group’s calendar of activities. The group has shown no signs of slowing down at all, what with everything scheduled: the music shows, radio and TV guestings, team and solo appearances, and “handshake” events (that’s 48G-style meet-and-greet, where it’s totally fine to shake hands with one’s oshimen, or “favorite” in J-pop lingo).

In 2018 alone, the group had four singles in the Top 10 of the yearend 100 countdown. It’s a feat considering the existence of five other sister groups in Japan, based in the cities of Sakae, Namba, Hakata, Niigata and the Setouchi region. (We’d like to point out that Japan’s vibrant, well-oiled music industry—the only one in the world, by the way, that still sells CDs or physical albums like hotcakes—has a mother lode of other great artists not necessarily in the idol mold.)

But if anything’s to be learned from Akimoto-san’s idol empire, it’s that all the world’s a stage. Okay, not in the Shakespearean sense, but in terms of reaching out to global audiences and those audiences finding opportunities to meet the idols.

The 48 Group was built on the concept of “idols you can meet,” after all. It puts premium not just on the talents’ training and image-building but also the environment where fans can regularly see them. Also, the rituals, for lack of a better term, such as the election of group members, the crowning of the “center” (the “frontman” or face of the group, usually with the longest exposure in an undetermined number of music videos or MVs), the graduation (when an idol leaves the group), the handshake event, and—perhaps the most coveted prospect by members of the international franchises—the World Senbatsu general election. (Each franchise is divided into teams to cover more ground, so to speak. The core team is called “Senbatsu,” consisting of persons with the highest rankings during the voting period for group members. All Senbatsu then become eligible contenders for a spot in the World Senbatsu, which is essentially another 48G group to perform in and one that offers more prestige and global exposure).

The groups get in touch with and follow the others’ progress, but the connection is not contained just among them. Even the fans show support for the newer groups, or those not from their city or country.

“It’s an honor to be supported by international fans,” enthused overall team captain Alice de Leon, 21. She’s one of seven MNL48 members who met with Super for an exclusive interview and photo shoot at the offices of their management agency, Hallohallo Entertainment Inc., shortly after they dropped their first single, “Aitakatta – Gustong Makita,” a Tagalized tribute to an AKB48 classic.

Except for Nice (who is underage and, indeed, the youngest among the seven), the girls resemble a bunch of high schoolers, though not necessarily owed to the uniform blazer and pleated skirt outfits. They’re just inherently young-looking. Their sprightliness was infectious, too—you wouldn’t think at all that these were survivors of a grueling nationwide talent search.

MNL48 is the only 48G franchise that has used a mobile app, MNL48 Plus, for voting, but it didn’t make the process easier for the contenders. They had to do extreme legwork campaigning for themselves, urging strangers in malls, parks and other public spaces to cast their votes on the app. In Grace’s case, for example, she would commute home—which is in Nueva Vizcaya—thrice a month and then bunk at a friend’s place in Laguna so she could hop over to Cavite and Quezon Province to collect votes.

There were malls that barred them from campaigning. It cost money to go places and be on the road till 4 a.m., toting portable WiFi devices or offering phone credits so those without data could vote for them on the spot.

It was especially tough for those in university. There were studies to catch up on and, because the talent search was aired on the ABS-CBN noontime variety program “It’s Showtime,” the contestants needed to prepare as well for surprises onstage, or what Sheki described as “the worst that’s yet to come.”

On some instances, they would be taught choreography on the spot and then made to perform it afterward. “That’s when we experienced extreme bashing—as in lahat na yata ng klase ng pamba-bash,” lamented Sheki.

“Copycats.” “Untalented.” And perhaps the most painful criticism of all that’s been posted on social media—to be in the wombs of their mothers for nine months only to end up in a girl group. “Parang binuhay kami ng mga magulang namin tapos papasok lang kami ng MNL48,” recounted the young idols, who at the time felt that their desire to be part of a legitimate platform to express their talents was being undermined.

Being in the entertainment industry has [eventually] taught MNL48 to take both negative and positive comments with a grain of salt, shared Sela. They have been constantly reminded by their personality development coach and producers to keep themselves in check because, as AKB48 franchise members, they should not behave in a manner that would reflect badly on the name and legacy of their progenitor.

“As the first generation of MNL48, we should be the ones to start being role models and introduce the [J-pop] idol industry here in the Philippines,” said the girls.

In the eight months since the talent search ended, MNL48 has produced two six-track albums coproduced by ABS-CBN’s Star Records. It has become a regular performer on noontime variety TV. The members seem to also have imbibed the role of tourism ambassadors because of their music videos (there’s five so far), which are deliberately shot in iconic local spots.

Just before 2018 ended, the girls were feted as “Youth Model of the Year – Huwaran ng Kabataan Award” by the Pinoy POP Awards for Young Artists.

MNL48 has taken a crack at Gospel pop as well. It released an MV of the Christian hymn “Amazing Grace,” featuring Sheki’s lead vocals soaring so perfectly with the sweet, sweet harmonies of the other members.

Next weekend, MNL48 will have the chance to prove their mettle on a bigger stage at the AKB48 Group Asia Festival 2019, to be held in the 11,000-capacity Impact Arena in Bangkok, Thailand. The Filipino idols will join their regional sisters in the two-part music fest, which is the first time ever that all overseas franchises and their pioneer, AKB48, will be gathered together under one roof.

AKB48, by the way, dropped a new single in December. Titled “No Way Man,” the electropop ditty was edgy (for AKB48 standards), rhythmic, energetic, and the MV echoed all that. It’s got a stark set design, geometric editing overlays, split-screen effects, bold pops of orange against the dull gray in the idol uniforms, and a frenetic choreography which AKB48 executed a la female army.

“Group (AKB48) members start off as awkward amateurs and end up skilled professional entertainers,” said The New York Times in an opinion piece from 2014. Judging from the Akihabara group’s new single, perhaps the NYT story should be updated with the phrase “evolving masters of J-pop.”

If MNL48 stays in its 48G trajectory, all that could also be in the future of the Philippines’ first generation of idols.