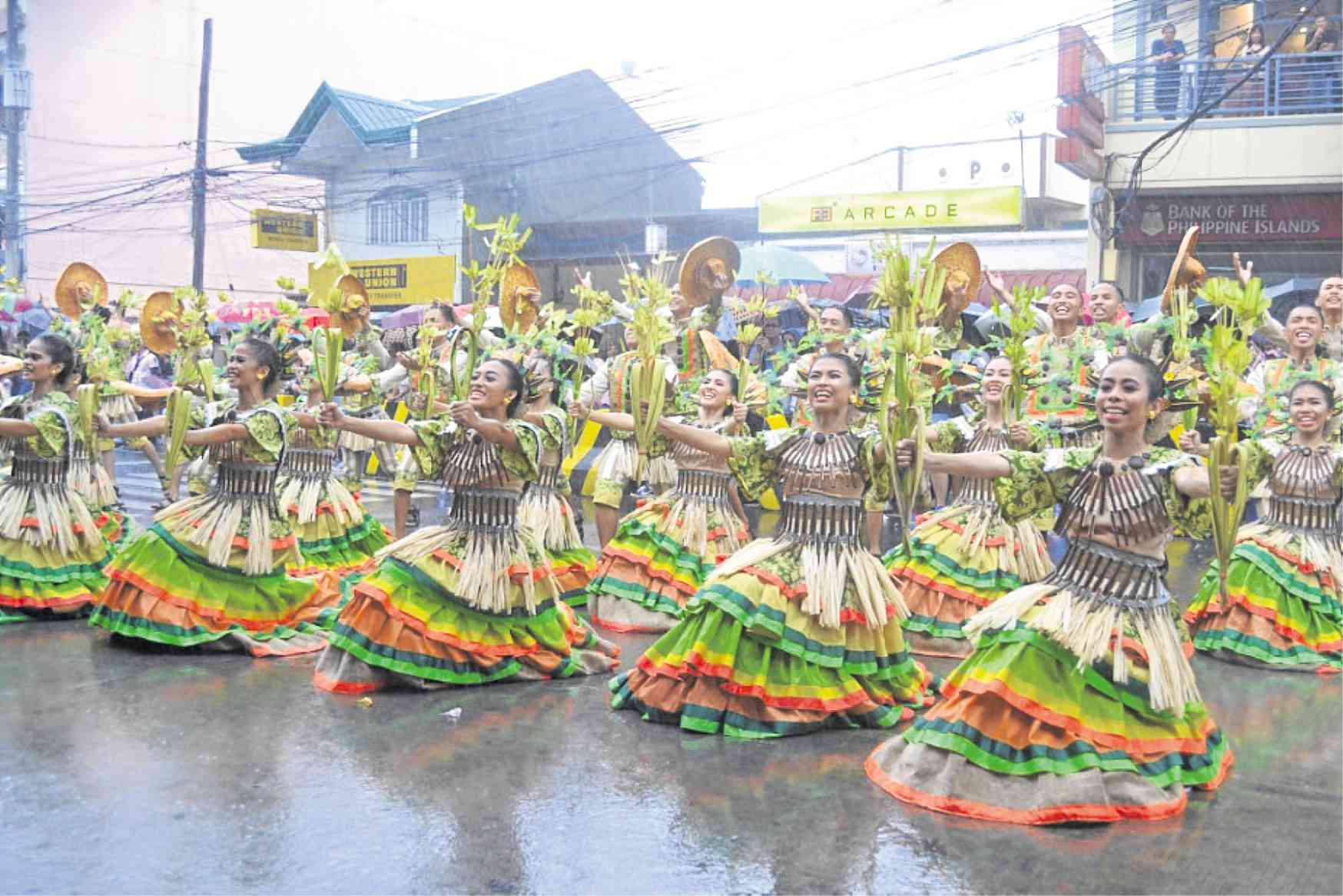 Braving the rain for the street dance competition

Despite heavy afternoon downpour, participants in the grand street dance competition at this year’s Niyogyugan Festival strutted their way along Lucena City streets, showcasing the rich and colorful culture of the towns and cities of Quezon Province.

Clad in festive costumes, rain-soaked dancers and creatively designed floats paraded through the throngs of spectators awed by the artistry and inventiveness of the people of Quezon.

Booths at the trade fair on the capitol grounds known as Perez Park were artistically designed.

They utilized shells and other parts of the coconut tree. Quezon, after all, is the top coconut-producing province in the country.

Sold in these booths were local products such as the lambanog native wine, Lucban longganisa, pansit habhab, puto bao, the sweet pilipit made from glutinous rice and squash, and the dish called sinantolan.

The Juan Arellano-designed provincial capitol building accented by human figures by the renowned Italian expatriate sculptor Francesco Riccardo Monti was lighted up during the festival, which celebrated Quezon’s cultural assets and agricultural products.

This heritage building was constructed in 1933, when the the province was still called Tayabas. It was renamed Quezon in 1946.

Acting provincial tourism head Alberto Bay Jr. said that Niyogyugan celebrated not only the province’s coconut industry but also its agricultural and cultural assets. So it was called an “agri-cultural” festival.

Infanta was the top grosser in the 12-day fair. Its popular native delicacy, suman, was its biggest hit. –CONTRIBUTED