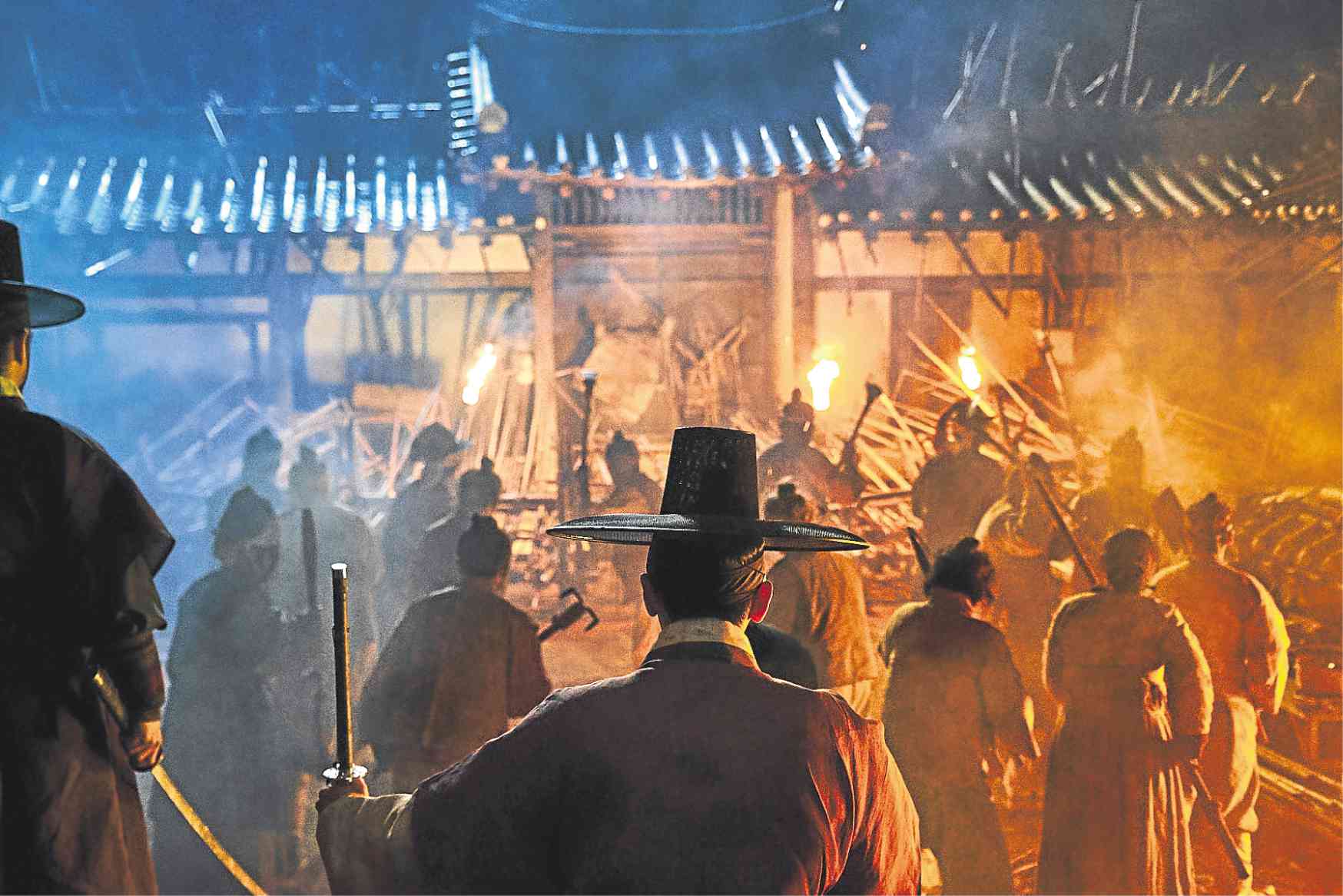 Kim Eun-hee said there will be chaos and blood in “Kingdom.”

Zombies are one of the scariest monsters in pop culture history, and for a good reason. They make you feel helpless because anyone can turn into one, including loved ones. The zombies in the Netflix Original series “Kingdom” are not an exception.

The undead in the show follows the popular qualities of zombies that we have come to be familiar with. They attack in groups. They run fast and tirelessly, you know immediately that the physically weak will fall as first victims. Their victims turn quickly in a single bite. The only living things safe from them are the livestock.

What sets “Kingdom” apart from the usual zombie trope is that it happens during the Joseon period. The era is between 14th- and 19th-century Korea. It is a time when there was only one Korea and the entire nation is ruled by a king. This Netflix drama probably happened around the 17th century because a character mentions a Japanese invasion in the past.

They are not called zombies in the show. Instead, they are referred to as “monsters.” Writer Kim Eun-hee said that her script only refers to them as patients. Curiously, only Nurse Seo-bi played by Bae Doo-na refers to them as such.

They look like the typical zombies that we have come to know through mainstream shows. They have open wounds, their torn clothes are stained with dried blood, and their eyes devoid of any emotion. But that is not what makes them eerie.

The undead knows how to protect themselves by reverting to their corpse state. They are scarier to look at piled up as stiff dead bodies than when they are chasing people down. Perhaps it is because the cameras linger longer on their faces when they are immobile compared to when they are moving. It is then that you see them as people they used to be and not as the blur of monsters out for blood. The possibility of seeing someone you know is disconcerting.

Director Kim Seung-hun said that the series takes place during peacetime. There is no civil war and no invasions happening. The biggest enemy is hunger.

“Zombies are always hungry. I wanted to give a twist of zombies as people affected by this plague. That it’s much more difficult to control this scale of plague back then,” writer Eun-hee told Super.

“Hansik” or Korean food is often featured in Korean dramas.  They often leave you curious and hungry while watching. Food in other dramas is used to portray daily life. In “Kingdom,” it is an effective device to show power and authority.

The scarcity of food scenes onscreen establishes hunger as the driving force of the show. In episode 1, we see Crown Prince Chang (Ju Ji-hoon) playfully convince his guard Moo-yeong (Kim Sang-ho) to do his bidding by describing the exotic meals he will reward him with.

Unlike other Korean dramas where food is styled to entice, most meals in this Netflix drama are often unappetizing. The meat looks bland and tough. Yet, the commoners in the show would look at the same meals and they would swallow their own saliva and stare longingly at the very same thing we turn our noses up to. It further emphasizes the hunger and desperation that they are feeling.

Food even serves as a warning of bad things that are about to unfold. Meals often mean certain death.

Writer Eun-hee and Ryu Seong-ryong revealed to Super their favorite scene in the six-episode Netflix series. It happens in the final episode. It is a beautiful scene where the colors of autumn are seen on the trees. The mix of green, yellow, red and brown leaves is reflected on a serene pond. But underneath all that beauty is the rotting corpses of people that Cho Hak-ju (Seong-ryong) killed.

Another scene where colors are utilized to set the mood is when the Crown Prince was younger. He stood out on his red robe embroidered with the golden dragon on his shoulders and chest. In contrast, everything looked bleak and gray. It sublimely tells you that Prince Chang is the rightful heir and so you root for him.

Ji-hoon’s character is beautifully developed. The affinity for him is not imposed on the viewers. Prince Chang starts out as a joke, a weakling in the court. But his journey outside the palace exposes him to the people of his kingdom. He inspires loyalty in people that he meets. This is why you understand when people who have no political agenda start to risk their lives to protect him.

The same goes for his nemesis Cho Hak-ju. Actor Seong-ryong wanted to portray him as a very elegant person to throw people off. It works. He looks respectable in his stoic look.

Those who fear that they might be lost in the historical setting need not worry. The director and the writer worked carefully to showcase Korean culture and history without alienating their international audience.

There is nothing overwhelming about the narrative of the “Kingdom.” It also does not overexplain anything. You can watch the show and stop there when you are done or you can Google some details that you want to further understand. For example, writer Eun-hee said that corpses are treated based on the Confucian beliefs of taking care of the dead.

There are no formal ceremonies that will make you wonder what it’s about. The narrative focuses on the people and their lives rather than on tradition. The culture and the timeframe define the show, but the story is about humanity or the lack of it in its characters.

The creative team of “Kingdom” promised that the drama will be gory and bloody. That is what you will appreciate most about having this drama on streaming platform Netflix. None of the weapons are censored. There is chaos and there is blood.

“You’ll see a lot of blood, heads being chopped off and people getting killed. On (Korean) television, you won’t see this kind of violence. I planned this since 2011, but I couldn’t get it produced and I had a lot of creative freedom with Netflix,” said Eun-hee to Super.

All six episodes run under an hour. It ends on a cliffhanger on episode six. There are a lot of injustices within the story of “Kingdom,” but the greatest of it all would have been if there was no second season. Thankfully, that is not the case. They start filming for the second installment in a couple of months.

Each episode of “Kingdom” will find a way to make your heart beat fast. It will leave you breathless with the cinematography. It will make you hungry for more.

“Kingdom” is available for streaming on Netflix.