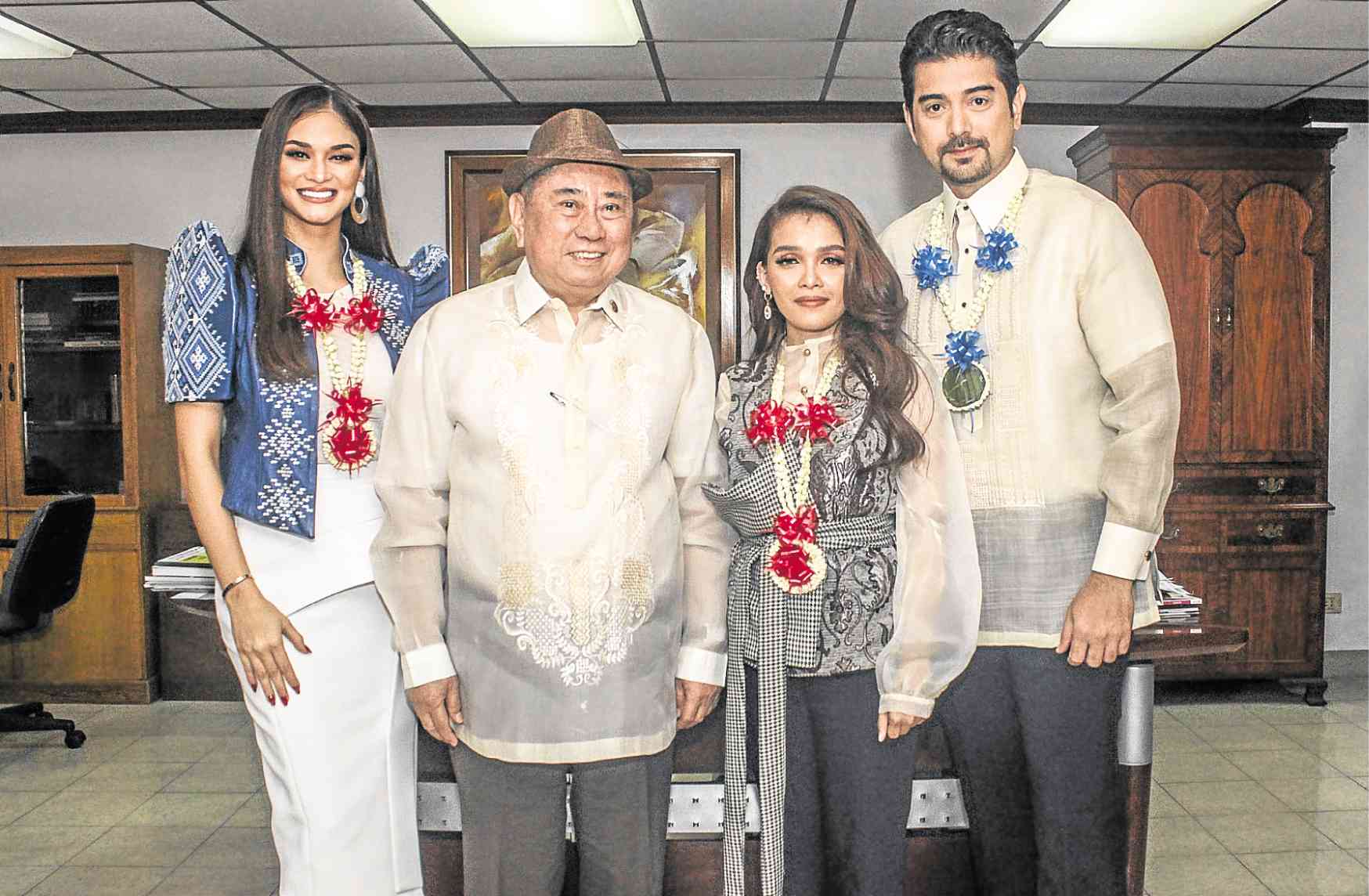 February is not just a month for lovers but for lovers of the arts as well, specifically the seven lively arts as exemplified by the seven national committees of the National Commission for Culture and the Arts (NCCA): architecture and allied arts; cinema, dance, literary arts, music, dramatic arts and visual arts.

It’s National Arts Month and appropriate opening ceremonies will be held in the three main island groups of the country: Binondo, Manila; Bagac, Bataan (Luzon); Bago City, Negros Occidental, site of the successful revolution against Spain in the Visayas in 1898; and Koronadal City, South Cotabato (Mindanao).

This was announced in a recent press conference at the NCCA in historic Intramuros, Manila, presided over by Pableo. The theme of the festivities this year is “Ani ng Sining (Harvest of Art).”

Glamour seems to be one of the criteria in selecting the arts ambassadors this year. We have Heart Evangelista, Pia Wurtzbach and Ian Veneracion, plus KZ Tandingan and Boy Abunda.

Evangelista is a TV host, actress and visual artist. In a play on words, Almario said that “Heart has brave heart for arts that artists should embody. She is eager to reintroduce herself, wants to establish who she really is as an artist, apart from being an actress.”

Beauty queen, sportsman
Another one of the arts ambassadors is Wurtzbach, Miss Universe 2015, who is also an actress, model, host and at one time a beauty writer for this newspaper.

“Growing up and having someone to look up to as an artist really helped Ian to hone his ability and have his own view on art,” observed the NCCA chair. “He is significant to the earlier and younger generation.”

Named arts ambassador in 2010, showbiz luminary Abunda will continue to promote art and culture to the public this month. “Art for me is a way of life,” he declared. “It is our story, it is something that defines us and we should cherish and celebrate it.”

The new music ambassador is singer KZ Tandingan, who will render the National Arts Month theme song, “Ani ng Sining,” composed and originally sang by Joey Ayala. NCCA Commissioner Teddy Co said Tandingan “has a fresh approach to music and having her as an ambassador for arts can be an inspiration for young and aspiring singers.”

So make way for the seven lively arts this month.–CONTRIBUTED