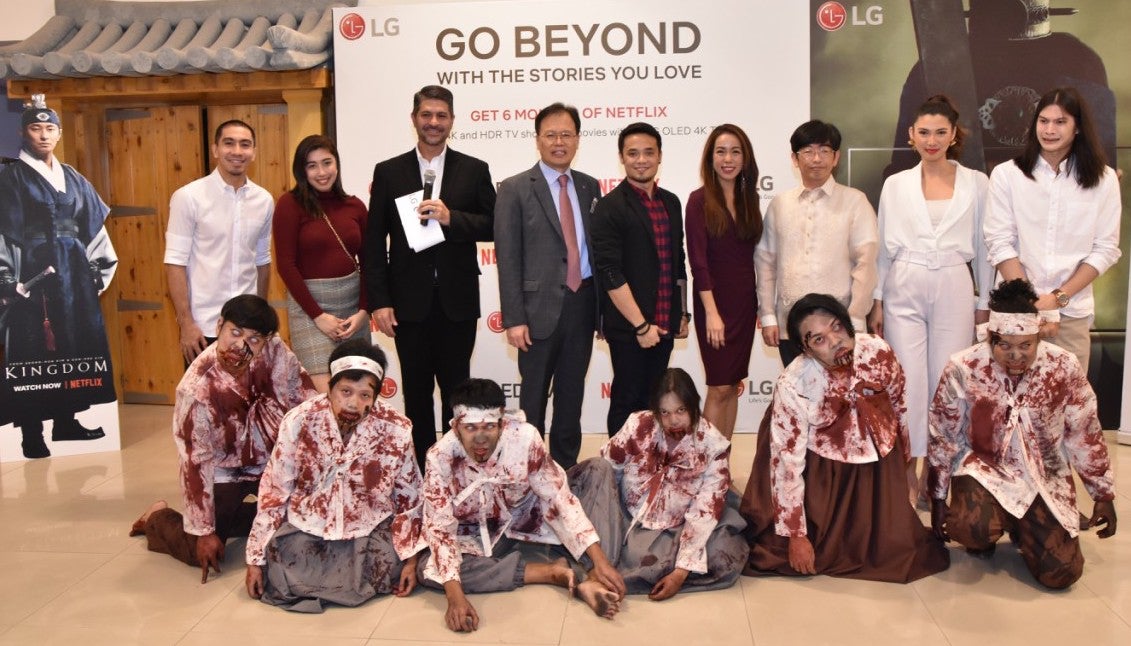 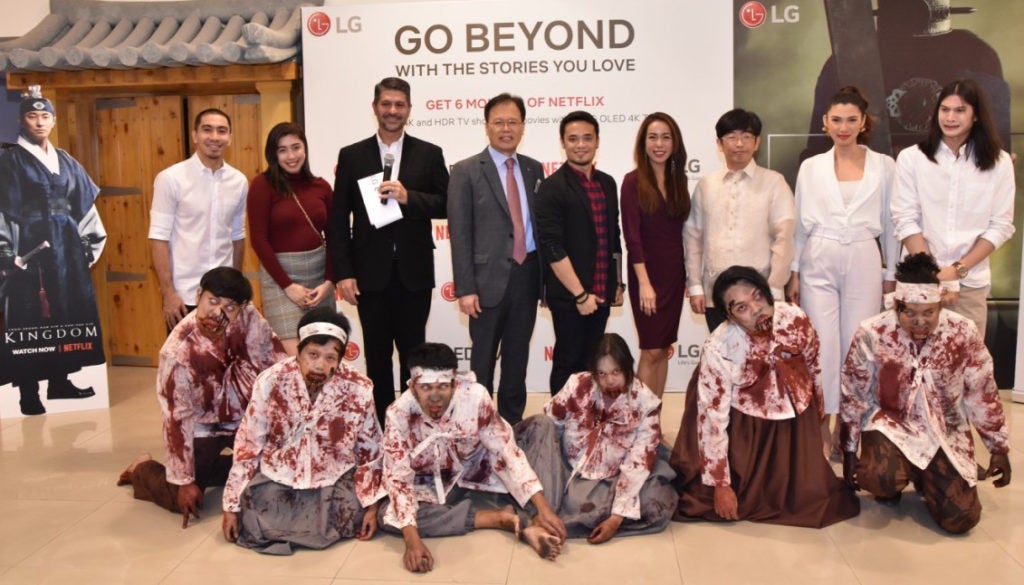 MANILA, Philippines – Brand new year means new and exciting ways to maximize technology and entertainment to bond with loved ones.

Netflix has put together two things to make most binge-worthy stories from South Korea: the thrilling K-drama about ancient Korean monarchy and the threat of an impending zombie apocalypse. Set in Korea’s ancient Joseon Period, “Kingdom” follows the journey of a crown prince sent on a suicide mission to investigate a gruesome plague spreading inside the kingdom — only to find zombies threatening his reign and his people. 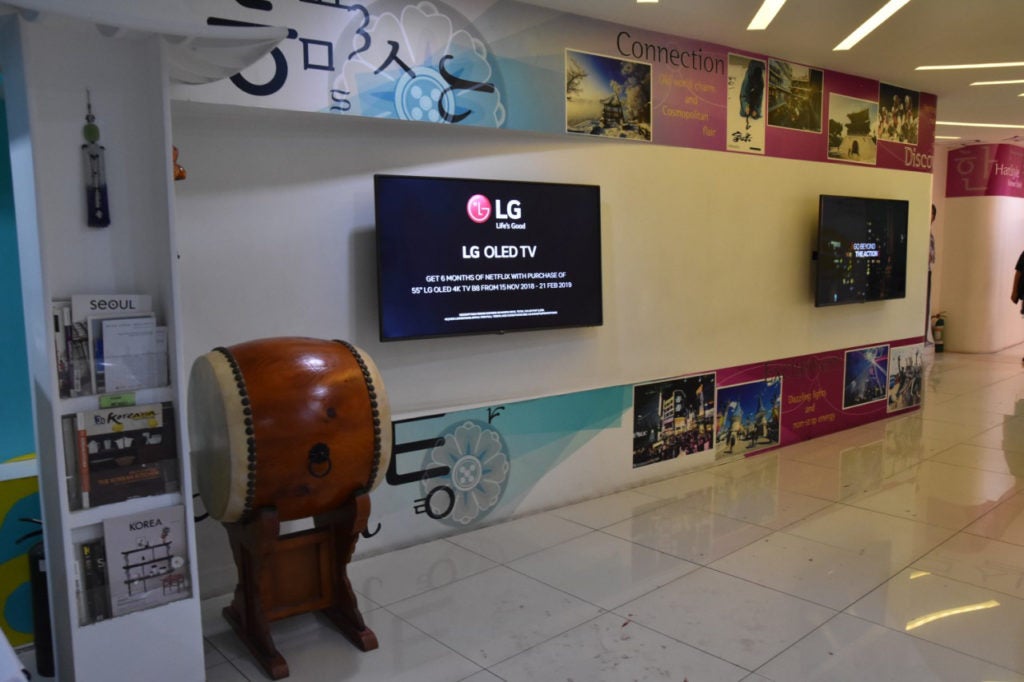 On January 25, 2019, Netflix premiered a contagious case of binge-watch fever ‘Kingdom’ and just recently, LG Philippines recently launched its 30th Anniversary TV — the OLED B8 4K TV — and it’s the best way to give justice to the thrill and excitement of “Kingdom” and its mind-blowing cinematic appeal. 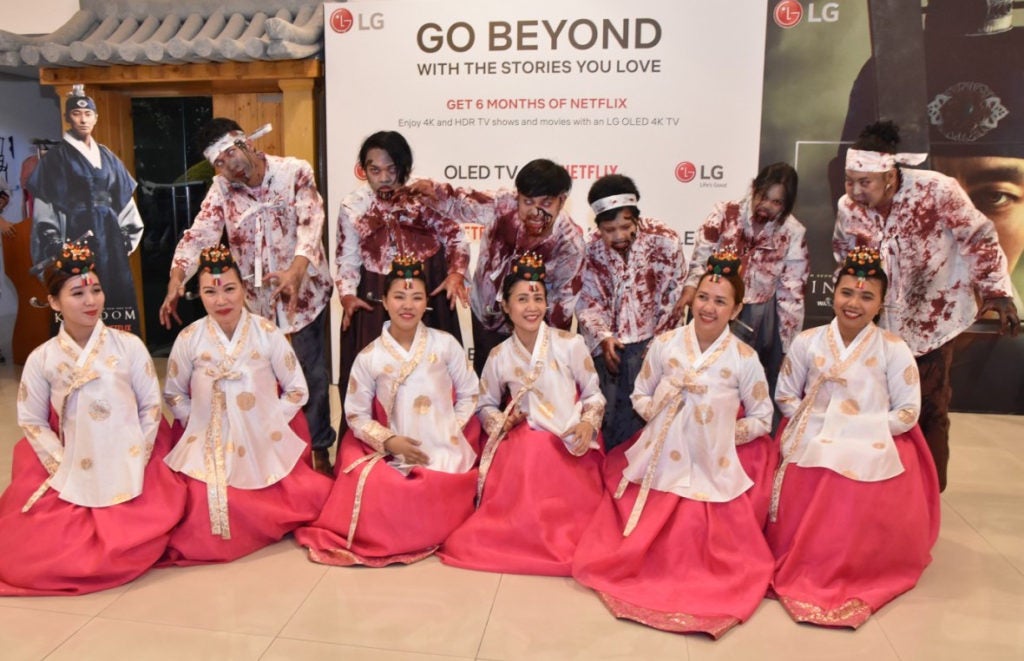 More than a hundred media attendees watched the the advance screening with the impressive LG OLED TVs at the Korean Cultural Center (KCC) in Bonifacio Global City. Guests had a blast as they got to dress up in a traditional Korean Hanbok and posed against the realistic “Kingdom” backdrop and roaming zombies. A traditional Korean feast dinner was served after the Nara Team performed a traditional Korean Fan Dance before the actual viewing. 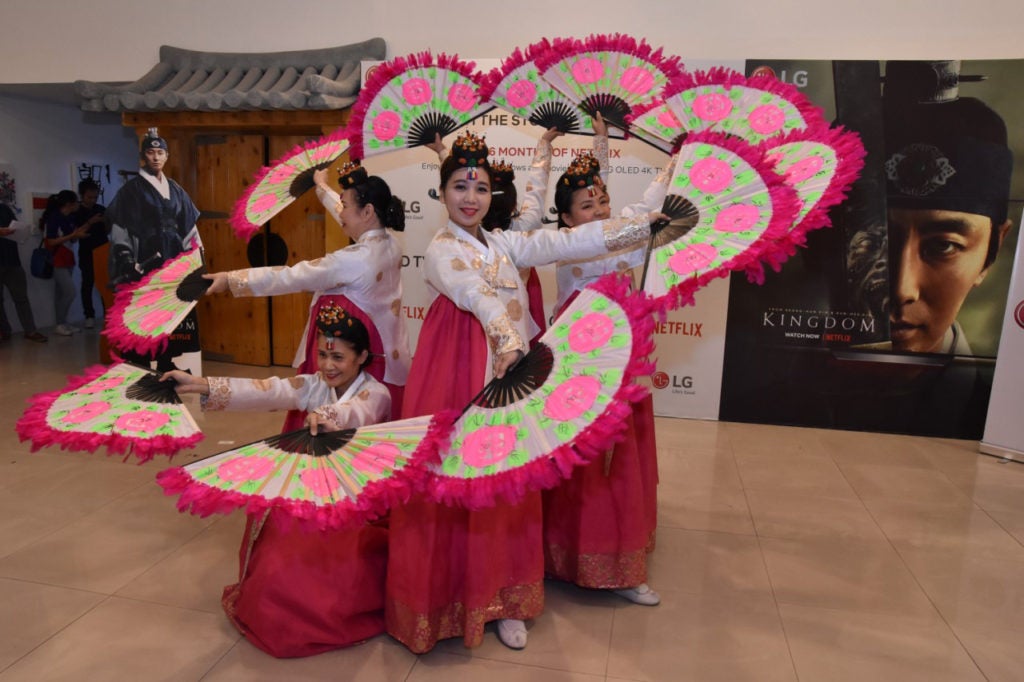 To honor the two countries’ thriving relationship and strengthen KCC’s mission to “deepen the understanding and appreciation of Korean culture among Filipinos by providing diverse cultural programs and events”, LG Philippines, being a Korean company with principal headquarters in Seoul, South Korea has donated five 55-inch UHD 4K TVs (four 55UK6300 and one 55UK6500) to the Korean Cultural Center (KCC) in the Philippines.

“It is an important celebration of the strong relationship between Korea and the Philippines, which started in 1949. To honor this friendship, we at LG always go beyond the call of duty to provide excellent home entertainment products and appliances to millions of Filipinos who have supported us from the beginning. It is our pleasure to contribute in strengthening the bond between our two countries,” shared LG Philippines Managing Director Mr. Inkwun Heo.

While LG has a number of TVs that are officially recommended by Netflix after passing a series of rigorous tests, the B8 4K OLED TV is one that stands out from the pack. It boasts a list of impressive features, starting with its top-of-the-line 55” 4K Cinema HDR display providing sharp contrast and vibrant colors. The B8 is made to deliver an immersive viewing experience powered by the Smart Brain α7 Intelligent Processor to make sure all TV functions and features are working together for a seamless user experience. Aside from its stunning visuals and cutting edge smart TV technology, LG has equipped the B8 4K OLED TV with a Dolby Atmos® sound system for a true cinematic experience in the comfort of your own home.

Take home the LG B8 OLED TV — the most competitively priced high quality OLED TV in the market today — for P89,991 (cash price). As a gift, every purchase of the LG B8 comes with six (6) free months of Netflix access, so the entire family can enjoy high quality entertainment at home.