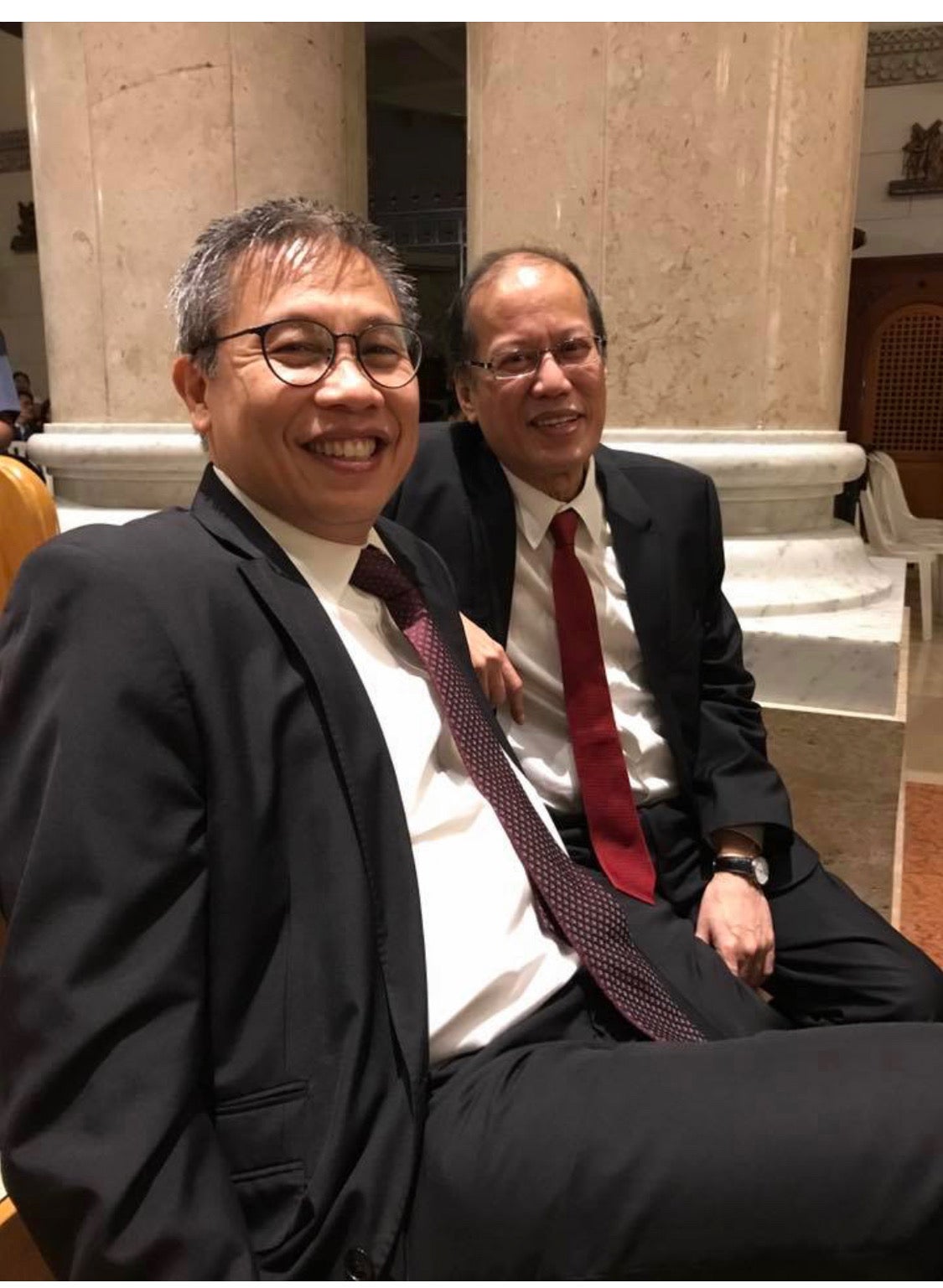 In Facebook, the author, the cousin of former President Noynoy Aquino, posts these warm reminiscences to greet Aquino a happy birthday. Today is Aquino’s birthday.

It was a sunny Friday afternoon and we were out in our grandparents’ garden playing hide and seek with our cousins. Noy and I decided to hide behind a bush waiting for the perfect time to rush to the base before our seeker could find us. Unknown to both of us, the pet monkey of our older cousin, named MOISE (not sure if I spelled his name right), who was tied up somewhere in the same garden, managed to free itself and started to rush toward us.

When Noy spotted this approaching monkey, he shouted out loud, “Si MOISE nakakawala!” At that point, we forgot we were playing hide and seek and started to run away from MOISE instead of the targeted base.
We ran on opposite directions and unfortunately for me, MOISE decided to chase after me. He was a very frisky and fast monkey. I could only manage to hide behind a lawnmower when he finally caught up with me, and the next thing I felt was he was all over my face. I don’t recall how I got him off me but I ended up with some scratches on my face caused by the unpedicured nails of MOISE.

Whenever we recall this story, I always tell Noy, “Pare iniwan mo ako!” And his rebuttal was always, “Paano naman kita iiwanan, eh mas mabilis kang tumakbo sa akin!” (He does admit that he is not the most athletic among us cousins.)

Then he supports his argument by recalling another story when we were both at home recording a music playlist in cassette tapes. There was no Spotify then.

So as he goes on to tell the story, we were in the top floor of our home and it was a windy evening. It was around the school year 1980-81 when Noy lived with us because he was finishing his last year at the Ateneo de Manila University, while his whole family was in Boston where Uncle Ninoy was recovering from his triple heart bypass.

As he was adjusting the recording levels of the audio cassette recorder that was picking up the music coming from the Vinyl record turntable, a whistling sound coming from the window in the room interrupted the song that was playing. We looked at each other as it was a rather unusual sound.
He then asked me if it was a normal sound we hear in that room? Since it was the first time I heard such a sound, I shouted, “HINDI!” and ran downstairs as fast as I could, leaving him behind to switch off all the audio equipment before rushing down himself.

Given all these testimonies presented, I have to admit that I am guilty as charged. So in this occasional call-out to establish who between us is always there for the other, I have to say that he has the upper hand.

But we both know that we have grown up since then. I believe that we have become braver and more courageous to stand side by side no matter what challenges we need to face in our ongoing journeys.

Thank you for always being there for me, my family and the Filipino people who you have chosen to love and serve unconditionally. Know that I will take on any “Monkey” that comes your way.