Love in a time of fandoms—of ‘Goyo,’ to be exact | Inquirer Lifestyle ❮ ❯ 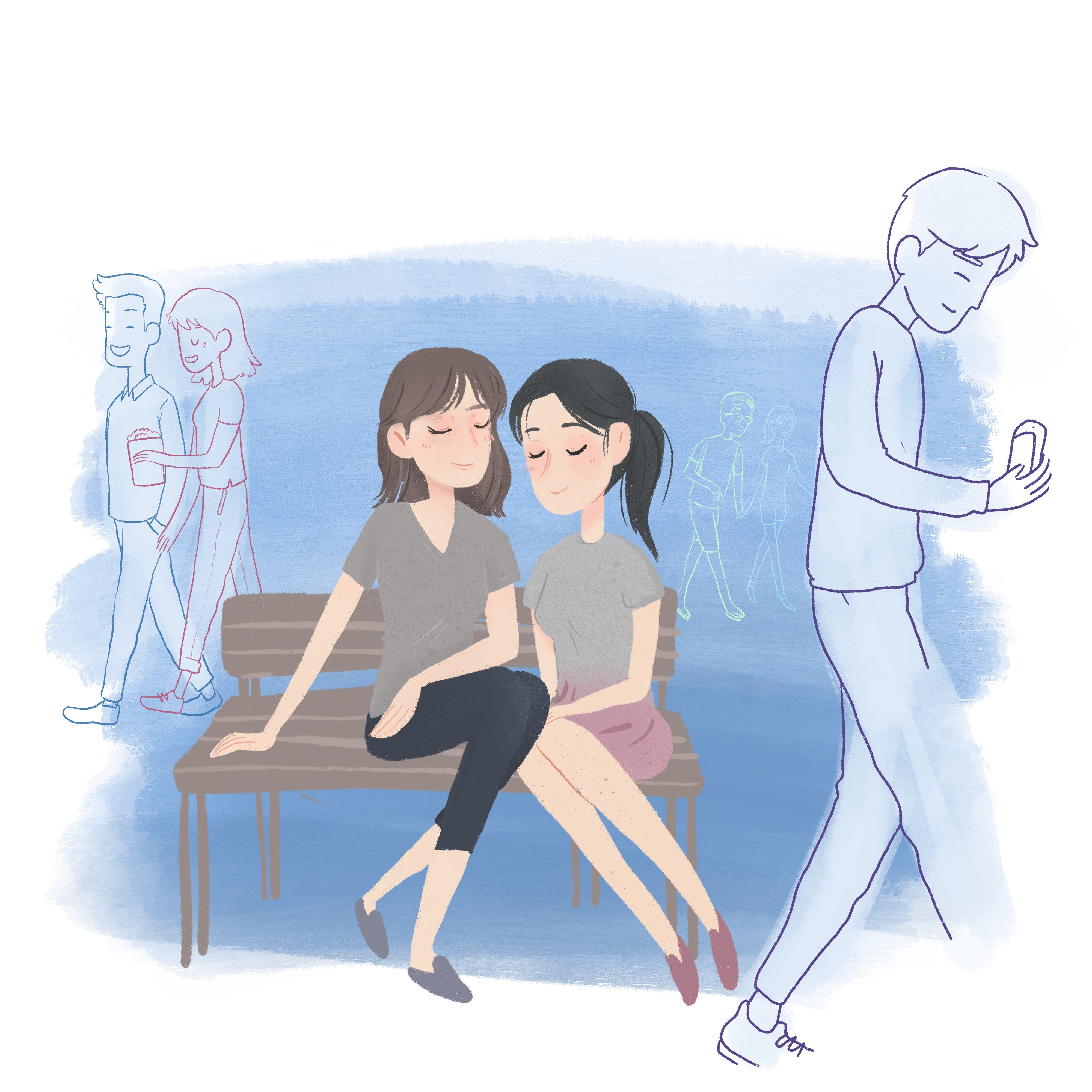 Love in a time of fandoms—of ‘Goyo,’ to be exact

They make a beautiful sight: two young women seated together on a couch, an intimate moment in a public place, as people in the Cubao food court pass by. From afar, one could assume they’re friends. It’s the body language that gives away their relationship—from the eye contact, to the small curve of their linked arms.

The two met on Twitter, via a role-play, says Kate (not her real name). Younger and more petite of the two, she is bespectacled, with medium-length, straight, dark hair.

In contrast, Jay (not her real name), is tall, curvy and stocky in frame. Her skin a lovely brown against her dyed hair. She is seven years older than Kate.

Kate had seen “Goyo: Ang Batang Heneral,” which inspired her to create a Twitter account in which she can role-play the film’s characters and have discussions about history.

Kate and Jay struck a friendship while doing the Twitter role-play and they went on to meet personally at Cinema 76 in San Juan, where “Goyo” was also showing.

“She was approachable and had this air of authority whenever she spoke on certain historical matters,” says Kate of Jay. “It was comforting to know someone has the same interest as I do and is very outspoken.”

In turn, Jay found in Kate someone she would love to have as a friend.

It didn’t take long for them to fall in love. They had a small group of friends they call the brigada. This group would watch films and plays, and have meals together.

Hanging out November last year, while strolling together on the University of the Philippines Diliman campus, Kate realized she was attracted to Jay. For her part, Jay said Kate “is precious.”

“The quick wit and sense of humor were huge bonus points,” says Jay, who started getting separation anxiety when Kate wasn’t online.

Jay felt very feminine when she was with Kate. And Kate pined for Jay, who happened to have a boyfriend at the time the two women were getting close to each other.

Kate didn’t find it hard to fall in love with Jay, whom she describes as kind, warm, bright and inspiring. “I wanted to support her in any way I could, even if I don’t tell her how much she means to me,” says Kate.

In their brigada, Jay was the last to find out that Kate had feelings for her. The two were hanging out at a McDonald’s near Kate’s place when they professed their love for each other.

“It was a disaster. We took hours of dillydallying around the matter of discussing whatever the hell was between us,” Jay says, laughing and remembering how the conversation went, and how Kate finally confessed.

Jay seemed embarrassed. Sheepishly she hugged Kate before making her own confession about her feelings.

Now the two are very much comfortable and doing well in their relationship.

Asked what they both learned from their love story, Kate is quick to mention patience and optimism, since she had fallen in love with Jay while the latter had a boyfriend.

“You have to wait for the right timing. Or you just wait and let it happen,” says Jay with a shrug.

Both agree they love the way they met in an unorthodox way, through Twitter and the role-play community/fandom of “Goyo: Ang Batang Heneral.”

As members of the LGBTQ community, Kate is closeted, while Jay is out.

“I was closeted for a long time and people deny my sexuality,” says Jay. “You have to accept who you are. The opinion that matters most is already there. It won’t lessen the pain of rejection. But it eases the acceptance.”

Kate believes the LGBTQ community’s situation in the Philippines will get better. “We all reach a point in which we will be recognized for who we are and who we love,” she says. “Until then, don’t give up and don’t give in to the hatred.”

One thing is for sure, though—as different as Kate and Jay are as persons, they complement each other. —CONTRIBUTED

The subjects gave the author permission to interview them but prefer to protect their identities.