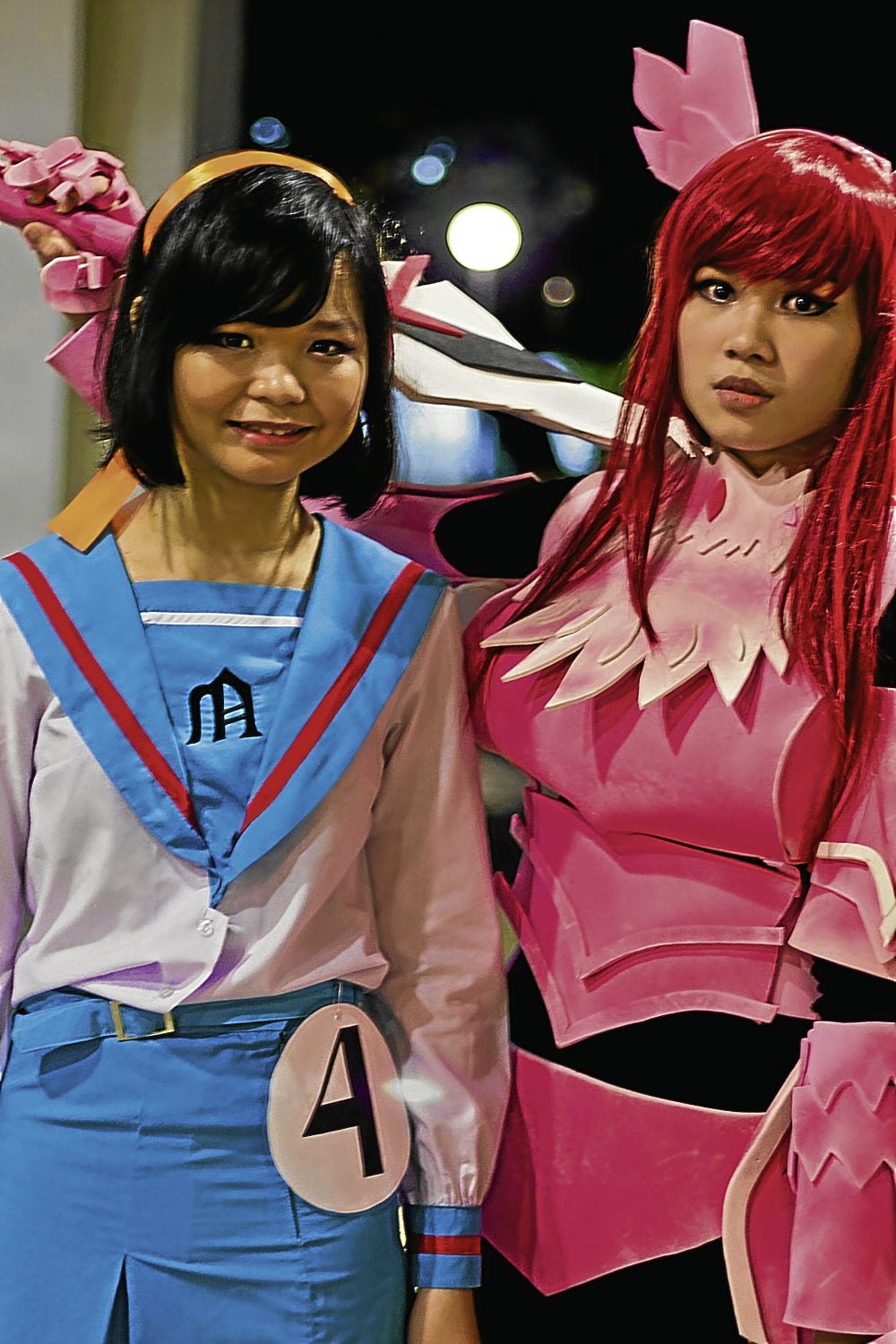 Some of us might see “cosplay” as something like wearing costumes for Halloween. But that isn’t the case. My friend and I recently went to the first ever Comic Convention of DLSU, in partnership with The Student Media Office and Malate Literary Folio. The participants described “cosplaying” very differently.

Jill Ong, who played Erza of “Fairy Tail,” said: “You have the freedom to be who you want to become.” Jehan Peñalosa agreed: “It gives people the chance to dress up as their favorite character. It enables them to feel like the character themselves. It’s like living the character.”

“You become someone you’re not in your daily life,” said Dindi Caballero, who played Haruhi Suzumiya.

Esmeralda Lee, for her part, said: “It’s not to impress, but to express what you feel. It helps you discover something more about yourself in a very creative way.”

“Cosplaying is an art,” asserted cosplayer Patrick Villaluz. “It shows how much you know about the character you are portraying. It shows how good you are at your craftsmanship.” Villaluz came as Raidou Kuzunoha XIV of “Shin Megami Tensei 2.”

Cosplaying combines different forms of artistry. For instance, there’s acting, since one has to portray the character’s persona. Arts and crafts also come into play, since costumes have to be personally made by the cosplayer. The characters originate from cartoons and Manga, so you could say it involves literature and film. Cosplay also brings photography to the table, since it won’t be twice as fun and memorable without capturing those elaborate costumes on camera.

“Cosplay teaches you to overcome stage fright whenever you’re in front of an audience,” said Umali. “It teaches you how to exercise self-confidence.  And that confidence is also transferred to other areas in life.”

At first, having all eyes on you may make you feel weird or uneasy, but in time, you’ll get used to being seen by everyone, and you’ll eventually like it,  he said. Note to guys: If you want to gain confidence to court a girl or ask her parents’ permission, you might want to start preparing by wearing something extraordinary.

But for many, the most important reason why people should try cosplay is the fun and friends it brings. “You get memories that you carry on with you and can feel good about,” said Villaluz.

Peñalosa noted that “cosplaying is a break from usual life. In a cosplay convention, it’s a different world. Everyone is in the same hobby as you do.”

“I meet new friends in every convention,” Lee added. “It feels like an achievement to meet new people. You also get the chance to have new ideas in conventions. Friendship is the bond in cosplaying. It’s very rewarding!”

Ong and Caballero were first-time cosplayers, and they both described the experience as marvelous. “I was nervous, but I liked it!” said Ong, a sentiment shared by Caballero, who said she was looking forward to the next cosplay.

“Just enjoy, do your thing! Nobody will judge you,” Villaluz said.

“Don’t just wear their costumes. Know who the characters you are portraying and their stories. Don’t just portray the cool characters, portray someone who could help you discover something about yourself,” added Lee.

The key to cosplaying? “Just be yourself. Continue to improve and enjoy,” said Umali.

So next time, why not wear something a bit extraordinary, not just on Halloween? Ask a couple of friends to go with you, and have a cosplay blast.