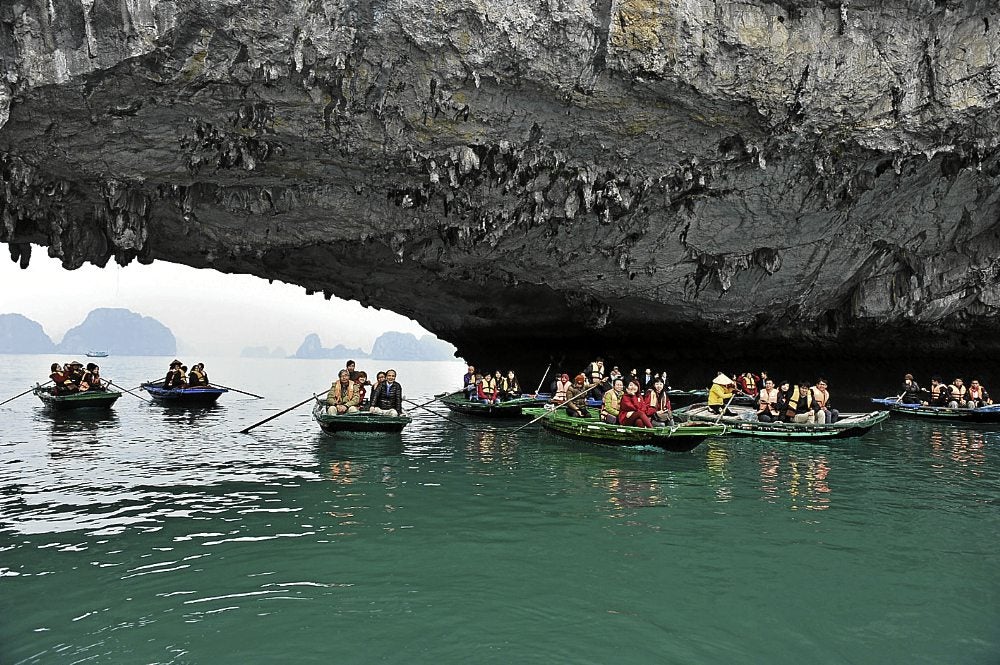 For four student leaders, these are some of the improvements they hope to see—and help build—in the near future for the Philippines.

The 28 met and interacted with top Hitachi executives and SEA country officials, including our own Department of Trade and Industry Secretary Gregory Domingo. Theme for this year’s HYLI is “The New Stage for Asia—an Asian Perspective on Managing Sustainable Development and Economic Integration.”

“There is so much diversity—diversity in culture, values, experiences,” said Drew Copuyoc, a BS Management Engineering and AB Economics-Honors major at the Ateneo de Manila University. He is the president of ADMU’s Sanggunian ng mga Mag-aaral.

Lastly, Miguel Garcia is a graduate student and lecturer at the University of San Carlos in Cebu. He graduated with a double degree in Economics and Statistics, and is now taking up his Master’s in Political Economy and New Institutional Economics.

The country’s four delegates were chosen from a rigorous selection process, in which applicants had to undergo a series of interviews, first by their school, and then by a panel of judges chosen by Hitachi. Academic excellence, participation in significant extracurricular activities, awards, fluency in English and knowledge on current SEA issues were also considered.

Mornings during HYLI’s first two days were devoted to lectures by the different speakers. In the afternoon, students were divided into groups and had workshops to discuss the day’s topic, and relate it to their country’s situation.

For our delegates, the things they saw that needed most attention when it comes to the Philippines were transportation, poverty and the unequal distribution of resources, the education system (most of the group are in favor of the K+12 system), corruption and people’s trust in government.

“There’s pressure to represent the country well,” said Aquino. “At the same time, you’re also there to assist the other countries in coming up with solutions that are best for the region.”

By the last day, each group presented a summary of their workshops based on their assigned topic. While there was no prize, there was “healthy competition,” said Aquino.

“The knowledge [you share with each other] is complementary,” said Garcia.

Delegates prepared their own “cultural presentation” to showcase their country’s talents. Our representatives prepared a dance called the wasiwas, a version of the pandango sa ilaw. The group added a modern twist by using Filipino novelty songs like “Otso Otso” and “Papaya Song.”

Students also had the chance to explore Vietnam’s Halong Bay, a Unesco World Heritage Site. It’s the first time Hitachi sponsored an overnight field trip for HYLI since its inception in 1996. The forum is part of Hitachi’s corporate social responsibility program, held every one-and-a-half years.

The HYLI experience doesn’t end with the five-day event. Each country’s delegates must prepare what Hitachi calls the “white paper,” a more comprehensive summary of their experience at the conference.

Then, there is what they actually plan to do, now that they’ve returned to their respective homelands. With our four student leaders, it’s an interesting mix.

See is interested in going into research, which he believes “is a powerful tool in policymaking.” “First, I’d be able to use my background as an economist.

“Second, given the exposure to these kinds of events (HYLI), it would be good to explore the idea of going into government—not exactly politics, but to find a niche where I can use the experience I’ve had to start change,” See said.

Copuyoc is more interested to join the corporate ranks first, then see where his career path will take him. “I could go into my own business or continue my family’s construction business,” he said. “No matter how small it is, at the very least, you are giving people jobs.”

For Aquino and Garcia, it’s important to change people’s mindset about the country and its development, which is why the latter wants to focus on a career in the academe. Aquino wants to help renew the Filipinos’ sense of nationalism.

“We should stop separating ourselves from the country,” she said. “I think it’s integral to change people’s mindset—taking care of my family is the same as taking care of my country; doing my business well is doing good for the country. It’s in every little thing we do.”