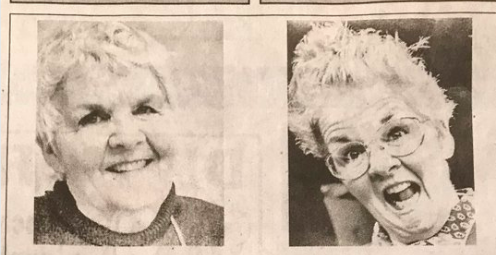 Image: The Hamilton Spectator via Twitter/@PolingRecord

Woman’s obituary declares she now has ‘smoking hot body, having been cremated’

A woman who passed away recently was fondly honored by her children in a unique obituary, which stated that she now got “the smoking hot body I have always wanted… having been cremated.”

Sybil Hicks of Baysville, Ontario, Canada, died in the morning of Feb. 2, aged 81. To remember her by, her children penned a funny first-person obituary, released in the local newspaper The Hamilton Spectator last Monday, Feb. 4.

In the humorous tribute to Hicks, her husband Ron was affectionately referred to as a “Horse’s Ass.” And although it was her children who wrote the obituary for her, they imagined that their mother would describe them as “my children whom I tolerated over the years.”

“Thank you all for sharing my life with me,” her obituary read. “I am off to swim to the buoy and back.”

Journalist Jim Polling took a snap of the funny obituary and shared it to readers via Twitter last Wednesday, Feb. 6. His post has since gone viral, with 1,500 retweets and  5,400 likes as of writing.

The last word. Obit in today’s @TheSpec “I finally have the smoking hot body I have always wanted…having been cremated.” pic.twitter.com/YQFOjRJjL8

“It (the obituary) is exactly her voice,” Hicks’ son Brian said in an interview with the newspaper. He explained that his mother could not have written the obituary herself since she had lived with Alzheimer’s Disease for the last 18 years.

“I thought maybe we went too far with the ‘hot body’ cremation line,” Brian stated in the report.

Nevertheless, he assured people that his dad Ron approved their gesture, even quoting what his dad said, “You did a great job. I hope the service is just as hilarious.” Katrina Hallare/JB