No bread, no life | Inquirer Lifestyle 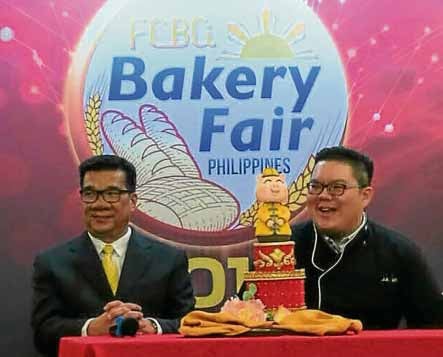 No bread, no life

People who have adopted the popular no-carb diet to lose weight, for health reasons or vanity alone, swear by the efficacy of ditching rice and bread.

Rice, or at least the white rice of today, is being blamed for helping cause diabetes. Bread, or mostly white bread, is identified as a not-so-healthy food when its makers use preservatives, if not harmful substances like bromate.

But for someone who has totally stopped eating rice the past 18 months to reduce an expanding waistline, I still can’t quit bread. I may not eat it every day, but I find it harmless, if not a necessity, for a satisfying meal. For instance, a breakfast of eggs is more filling with some pan de sal.

Pan de sal, with other types of bread, figures prominently in the 52-year history of the Filipino-Chinese Bakery Association Inc. (FCBAI), which will hold its Bakery Fair on Feb. 15-17 at the World Trade Center in Pasay.

Established in 1966, the FCBAI first held the Bakery Fair in 2008 and has been mounting it every two years. This year’s theme is “Newer, Better, Healthier.”

I asked FCBAI president Peter Fung to elaborate on the “healthy” part.

Fung, whose family owns the Maxim’s Tea House chain, added that this year, the local licensee of Stevia (a natural sweetener) will come up with a sugar-free artisan bread.

New, healthy bread products will be available in the fair, he said.

But he also admitted that what’s healthy is not cheap. “Right now, if you say artisanal bread, that’s wheat bread, the price is high end,” Fung said.

The Filipino masses will still opt for pan de sal, even if “the health-conscious will agree to spend more.”

As an example, Fung cited Eric Kayser, the France-based boulangerie and patisserie that has opened branches in the Philippines: “Its croissant sells for P85. Go to Bread Talk, it’s P45. In the small bakeries and the supermarket, it’s P20.”

The difference in price is dictated by how the bread is made and its ingredients.

Well-made bread contains calcium, fiber, protein, iron, vitamins and other minerals, and is low in fat and sugar.

Although Bakery Fair is primarily an industry event, the three-day affair includes sessions for people keen on learning about the food they consume.

Aside from talks by leaders and consultants in Southeast Asian wheat food products, as well as product presentations, there are lectures on Filipino pastries and baking demos.

Fung said the most significant change now is that there are a lot of home bakers with huge online following. “One baker has a blog with around 30,000 followers.”

For the first time, the fair will have a baking competition that has drawn contestants.

Bakery Fair 2019 will open with the ceremonial cutting of a 7-ft-high cake created by award-winning cake designer James Anton Uy of Cubcakes Bakery.