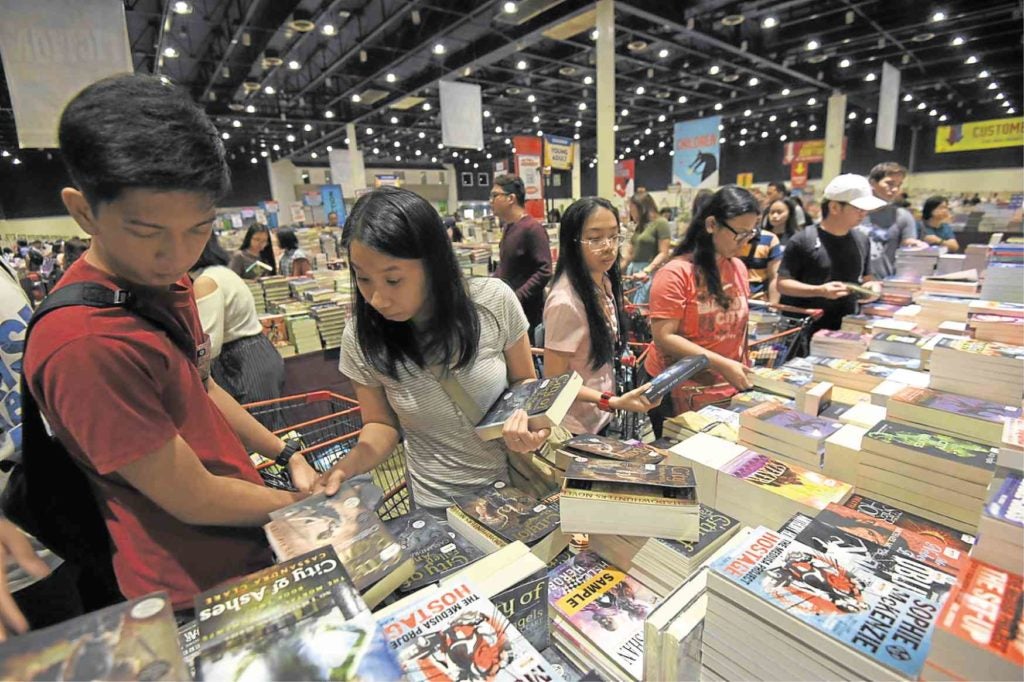 Last year, three-fourths of the World Trade Center in Pasay was dedicated to children’s books, while the remaining one-fourth is for other genres such as fiction, young adult, history, biography, movies and music, self-help, among others.

On Feb. 18, 2018, a story by former Inquirer desk editor Marlet Salazar on Big Bad Wolf’s first Manila edition said: “Three-fourths of the World Trade Center in Pasay… is dedicated to children’s books, while the remaining one-fourth is for other genres such as fiction, young adult, history, biography, movies and music, self-help, among others.

“A typical fiction book that is usually priced around P700 sells at P190, while hardbound comic books can go as low as P480. A children’s pop-up book is priced at P320, while Apple founder Steve Jobs’ biography that is priced at P1,000 in regular bookstores sells for only P230.”

If that’s one hell of a bargain, this year is practically a giveaway, with a reported two million new books up for grabs at 50-90 percent discount.

So, will there be two million books again on sale?

“Yes, of course,” says Bing Ilagan, Southdream CEO and Francis’ brother. “We hope to see as many people as the books waiting for them!”