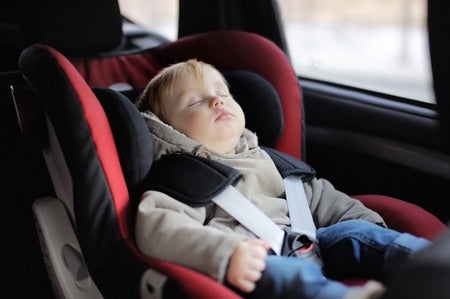 A 1-year-old in Florida was saved from inside a locked vehicle with the help of an inmate with car theft skills, on Valentine’s Day.

The child’s father had left the car keys in the front seat while the child was strapped in a car seat, WFTS-TV reported yesterday, Feb. 17. He only realized that he accidentally locked his daughter in after closing the backdoor.

Nearby, inmates were repairing median strips on the road while being supervised by police deputies. Both deputies and inmates rushed to help the father and daughter.

One of the inmates managed to jimmy the lock using a wire clothes hanger in minutes. Save for some tears, the child was fine.

The successful rescue was documented by one Shadow Lantry in a video posted on Facebook.

Pasco Sheriff's Office lol this was a weird day man.🗣🗣Follow me on Instagram @6clout6baby6I always got something interesting going on in my life.“To use this video in a commercial player or in broadcasts, please email licensing@storyful.com

Sheriff Chris Nocco described the inmates as “low-risk offenders” who were being rehabilitated to return to society, as per report.

He said, ”They know they made bad mistakes, bad choices but they want to do the right thing in life.” Niña V. Guno/JB

Man’s car stolen while he’s asleep in back seat

Car thief in Norway gets trapped, calls police to get out