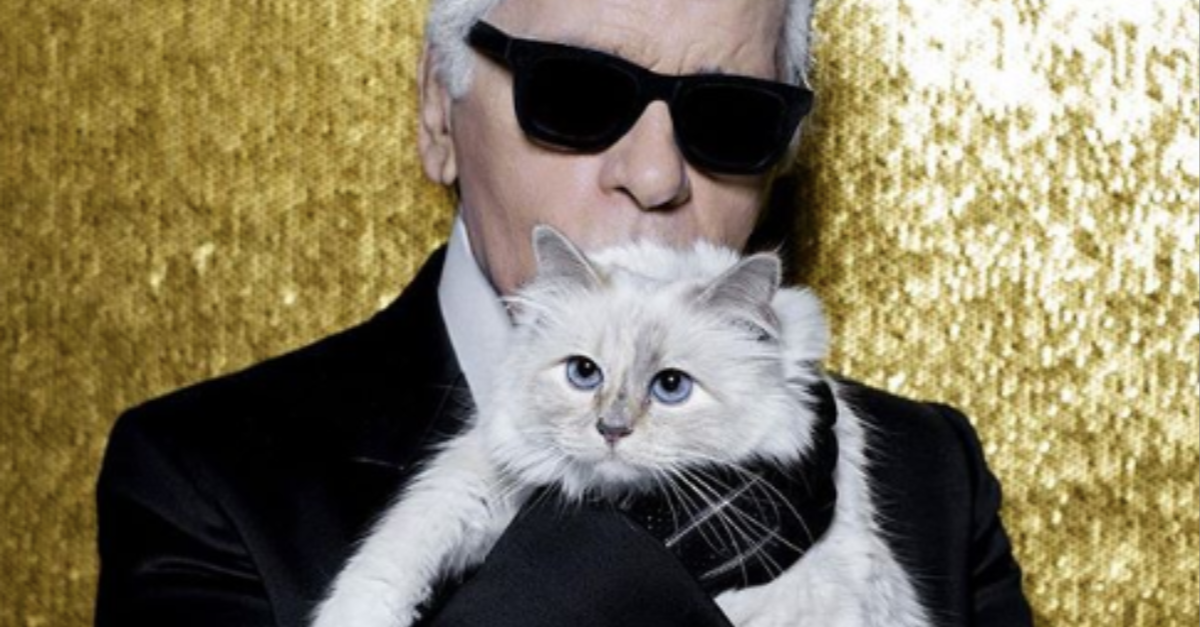 Apart from a fashion legacy, Karl Lagerfeld has left behind his feline friend named Choupette, who is no doubt being well-cared for in the wake of his passing.

Happy #NewYear from Daddy @karllagerfeld and moi. May 2017 be a sparkly as my big blue eyes. ✨🎉🍾 #KarlLagerfeld #Choupette #Chanel #Fendi

Choupette (“sweetie” in French), the Chanel creative director’s 7-year-old Birman cat, was adopted after Lagerfeld babysat her for French model Baptiste Giabiconi. He became so attached to her that after two weeks, he insisted that he keep her, Lagerfeld told People in 2013.

Since then, the cat has lived in nothing short of luxury: Apart from being pampered by two maids, she has accompanied her owner to fashion capitals, and is the face of fashion and makeup lines.

#TFW the long weekend is over. 😿 #comeback #longing

She has a bodyguard, a personal vet and a personal chef too. In each meal, she is served three different dishes, which she eats on the dinner table. Her menu choices include chicken pate or croquettes (bread-crumbed fried food roll), as per the Telegraph in 2014.

Choupette is internet-famous too, with a good following on her social media accounts that have the handle @choupettesdiary. On Instagram, she currently has over 170,000 followers. Of course, Choupette does not have to lift a paw for content—she has a social media director handling the work.

The photogenic cat has earned her own money: according to her late father, Choupette made $3 million (over P156 million) in 2015, thanks to a German car deal and a Shu Uemura line called Shupette.

Unsurprisingly, Lagerfeld has made her his muse in couture collections. One capsule collection called “Choupette in Love” under the Karl Lagerfeld brand consists of bags and shoes with the cat’s imagined boyfriend Bad Boy.

There is no question of Lagerfeld’s deep affection for the privileged cat, but perhaps it still comes as a shock that he would even discuss marrying her. “There is no marriage, yet, for human beings and animals… I never thought I would fall in love like this with a cat,” he told CNN in 2013.

Happy #FathersDay Daddy @karllagerfeld. Thank you for bringing me into the (fashion) world. 😘

Choupette expressed her grief (through her social media director) on her blog following news of his death.

“He was a true icon who touched the lives of everyone he came in contact with, especially moi (me). He will forever live in my now broken heart and the hearts of all his supporters around the world,” the Feb. 19 post said. “I am eternally grateful for the life and love he gave me through adoption. I will never forget the moments we’ve shared together traveling, exploring, and creating.”

As to what is next for her, Lagerfeld has hinted that he has planned ahead for her. He said in a 2015 interview with France 3, “Choupette is a rich girl.”

“She has her own little fortune, she is an heiress: if something happens to me, the person who takes care of it will not be in misery.”  Niña V. Guno /ra