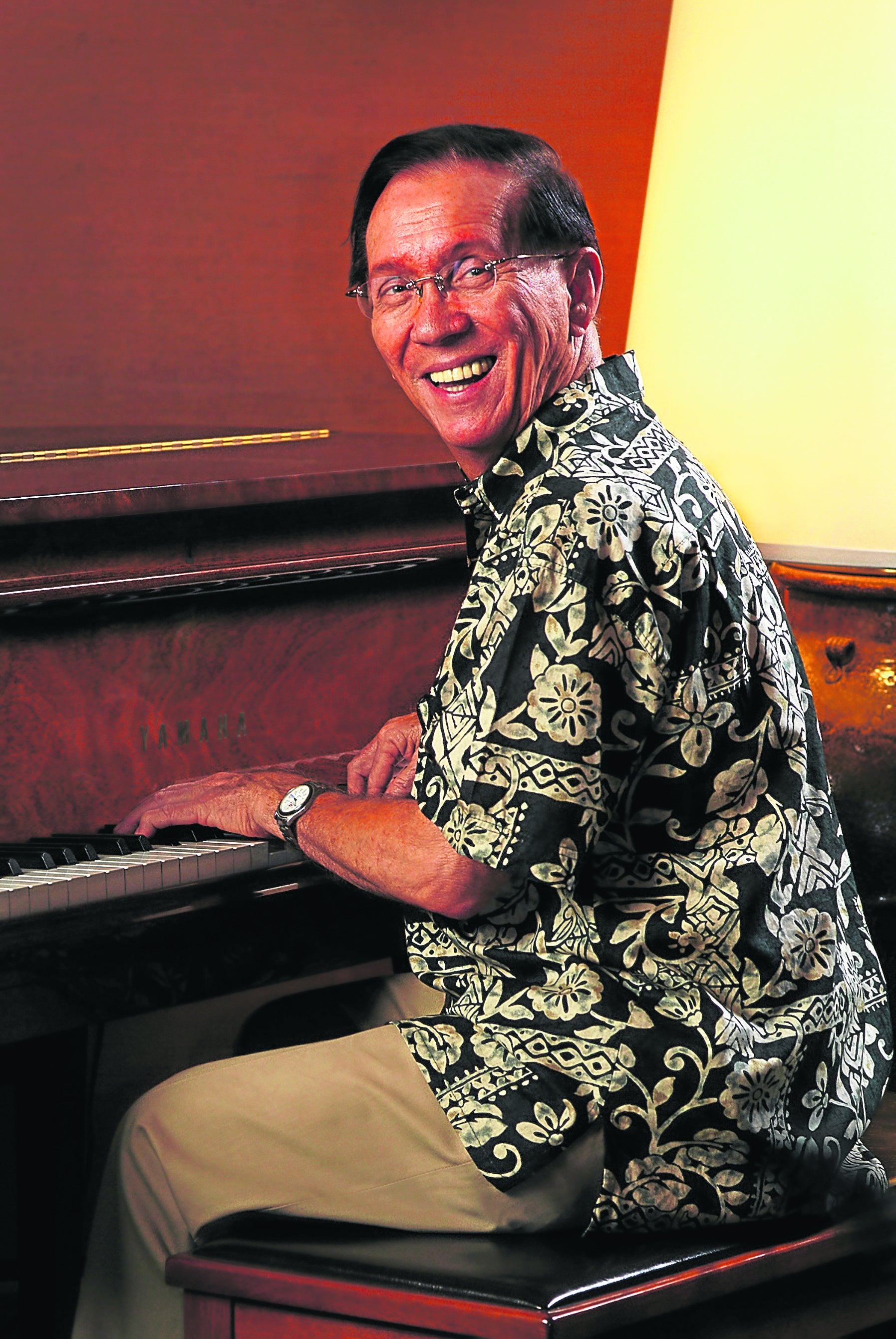 "I design Filipino, nothing else," was Bobby Manosa's boast, and he lived up to it.

National Artist for Architecture Francisco “Bobby” Mañosa, who died today, Feb. 20, at the age of 88, was a tireless champion of modern Filipino architecture—a style which he was instrumental in developing.

“I design Filipino, nothing else” was his boast, and he lived up to it.

During the Asian financial crisis, when local architectural firms were going through hard times, including his own, Mañosa would turn down lucrative offers from large-scale projects, simply because the clients wanted buildings in whatever Western style was trendy at the time.

His stubbornness paid off, eventually, as he managed to convert younger generations of Filipino architects to his way of thinking.

“Mañosa is one of the most influential architects of the 20th century,” wrote architectural scholar Gerard Lico. “He staked out the ground for vernacular consciousness to flourish in the post-colonial architectural scene. Highly-regarded as the pioneering figure of neovernacular architecture in the Philippines, Mañosa designed buildings of primal beauty, revealing the vital virtues of Filipino identity and its tropical context.”

Mañosa drew his inspiration from the bahay kubo and the bahay na bato—the traditional Filipino houses—finding their design eminently suited to the harsh summers and wet monsoon seasons of the tropics. He also believed that their design elements reflected the Filipino values of close family ties and community spirit.

Placing these design elements in a modern context and combining indigenous materials with new technological processes, Mañosa arrived at an architecture that was at once modern and identifiably Filipino.

He is best known for designing the Tahanang Pilipino—more familiarly known as the Coconut Palace, a baroque expansion on the bahay na bato template, competed in 1981. Given total freedom and an unlimited budget by then First Lady Imelda Marcos, Mañosa came up with a grand architectural statement that left no doubt as to the validity of Filipino design.

Mañosa was born on Feb. 12, 1931 and grew up in pre-war Azcarraga, Manila. His father Manuel was a Harvard-educated pensionado who became the country’s first sanitary engineer. His mother Maria Tronqued was a star of the zarzuela and the silent film era. From his parents he inherited a strong sense of nationalism, and an artistic temperament.

He studied architecture at the University of Santo Tomas, where future National Artist for Architecture Leandro Locsin was one of his classmates. Mañosa was strongly influenced by Frank Lloyd Wright’s “organic architecture” as well as the traditional Japanese architecture he saw during his travels.

After finishing his studies in 1954, he joined his brothers Manuel Jr. and Jose to form the Mañosa Brothers as chief designer. It was here that he first explored his ideas about modern Filipino architecture, incorporating Mindanao touches in the design for Sulo Restaurant, which became a Makati landmark in the 1960s.

Mañosa’s neo-vernacular style was realized on a larger scale in the design for the San Miguel Corporation building at the Ortigas Center, which was begun in 1976. Inspired by the Banaue rice terraces, Mañosa came up with one of the first “green” buildings, incorporating features for passive cooling, such as sloping windows and interior greenery.

Mañosa eventually formed his own firm, Francisco Mañosa & Partners, which would be his vehicle for promoting modern Filipino design.

Like his father, Mañosa was a devout Catholic, receiving a Papal Knighthood in 1983. Manila Archbishop Jaime Cardinal Sin, who became a close friend, asked him to design the church of Our Lady Queen of Peace, better known as the Edsa shrine, to commemorate the “People Power” revolt of 1986. Mañosa came up with a radical design for a “bahay kubo” church, which, to his disappointment, was rejected by the Ortigases, who had donated the land, as being “too indigenous.”

The architect did an equally radical redesign based on the traditional church plaza, placing the chapel itself below ground level.

Mañosa excelled in designing family residences, of which his own home in Alabang is a prime example. To help promote his ideas, he opened his own house to tour groups of architectural students and anyone interested in modern, tropical design.

In 2009, Mañosa found himself embroiled in controversy, through no fault of his own, when he was named National Artist for Architecture by then President Gloria Macapagal Arroyo. Unfortunately, the president had bypassed the selection committee and also named designer Pitoy Moreno, theater director Cecile Guidote Alvarez and “massacre movie” director Carlo J. Caparas as National Artists. The resulting fiasco ended with the Supreme Court rescinding the nominations.

Mañosa received an overwhelming show of support from fellow architects during the controversy, declaring that he fully deserved to be a National Artist.

The slight was finally redressed last October when Mañosa was named National Artist for Architecture for the second time.

In 2012, he formed Mañosa & Co., Inc., the firm which would cement his legacy, with his daughter Bambi as head of interior design, his sons Angelo as chief designer, and Dino as head of the spinoff property development firm.

The architect is survived by his wife Denise, and children Bambi, Dino and Angelo.

In lieu of flowers, a donation to Tukod Foundation Inc. will be appreciated.

Necrological services, open to the public, will be held 9 a.m. at the Cultural Center of the Philippines.

Mañosa will be laid to rest at the Libingan ng Mga Bayani in Taguig.