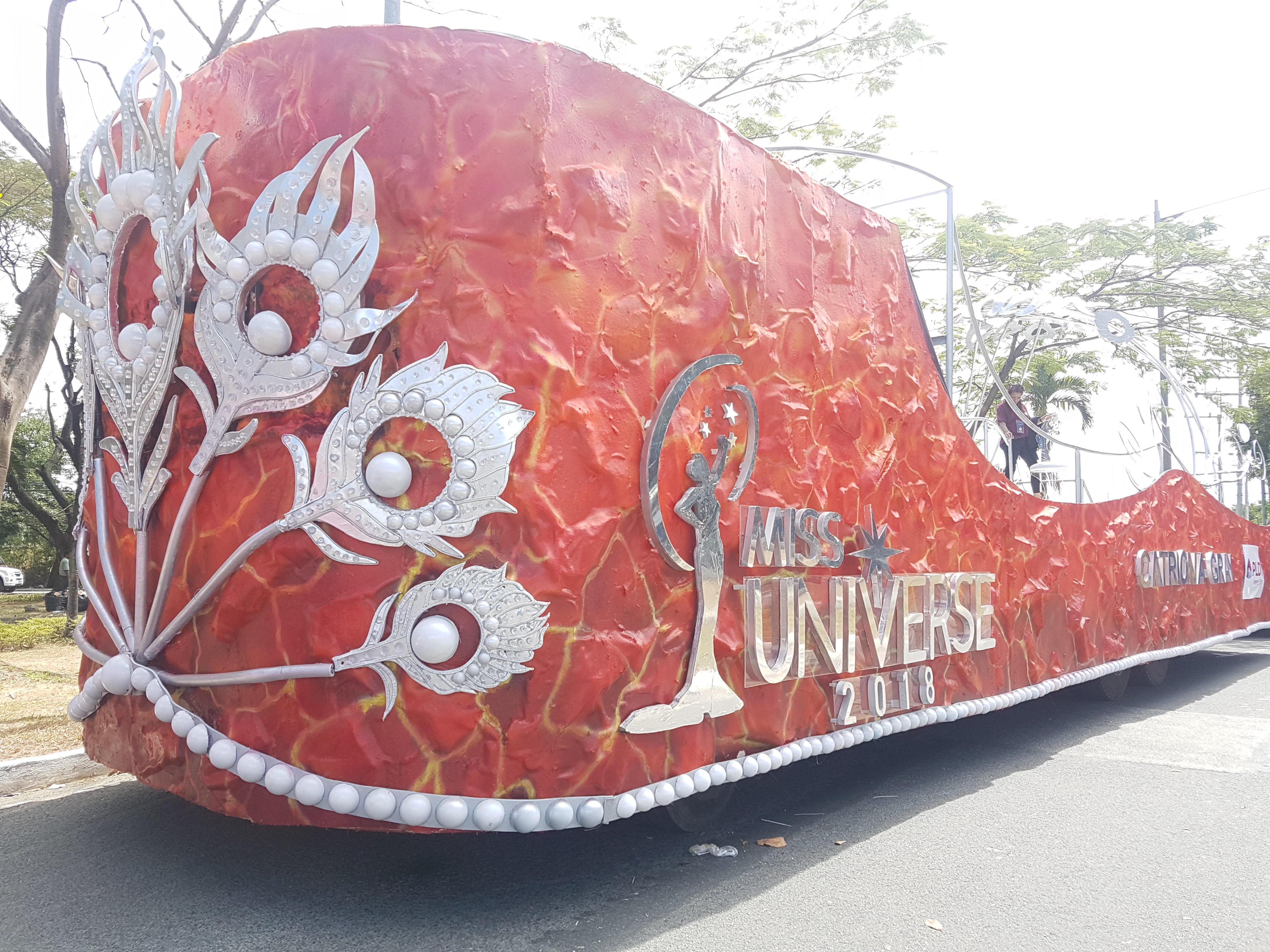 MANILA, Philippines – The much-anticipated grand homecoming for Miss Universe 2018 Catriona Gray kicked off Thursday and she would be parading in the metro aboard a fiery red float.

Drawn from the 25-year-old beauty queen’s lava-inspired Mak Tumang gown, the float designed by the renowned Fritz Silorio was blazing red and capped by an enlarged impression of the Mikimoto crown.

Silorio is the same designer who made the float for a similar grand homecoming parade for Miss Universe 2015 Pia Wurtzbach in 2016.

The grand homecoming parade for Gray will navigate the cities of Pasay, Manila, and Makati, starting around 2 p.m. at the Sofitel Hotel and culminating along Ayala Avenue in Makati.

Another parade will be held in honor of the Miss Universe 2018 on Saturday, February 23, around Araneta Center in Quezon City. /kga