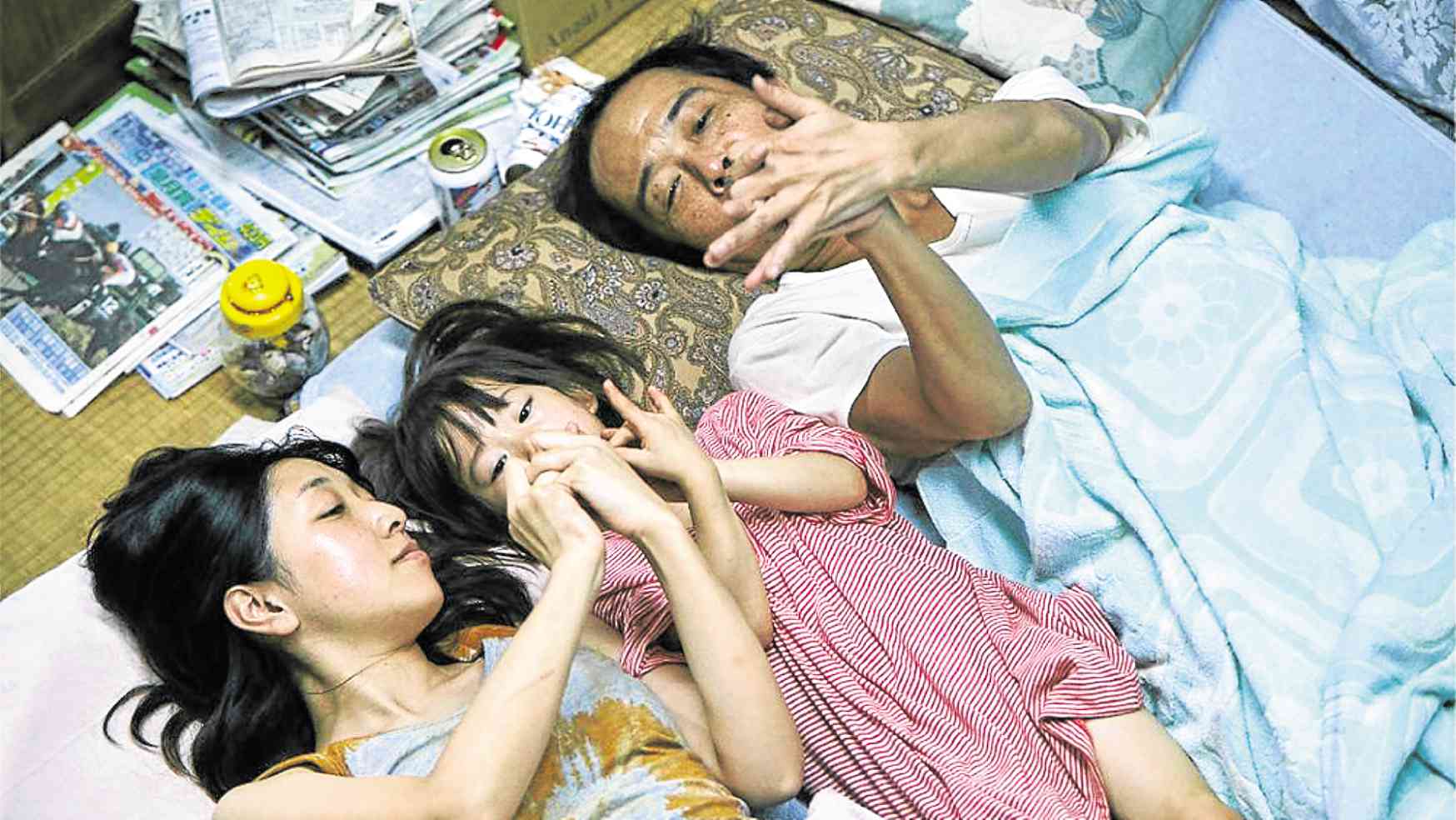 It’s a punch in the gut to have one of the best contemporary Asian films—Hirokazu Kore-eda’s exquisitely devastating drama, “Shoplifters”—be shut out of the Oscar Best Picture race.

“Shoplifters,” just like Alfonso Cuaron’s “Roma” (Mexico), is worthy of multiple Academy nominations (besides Best Foreign Language Film), including Best Director for Kore-eda, who’s writer-coproducer-director-editor of the film about what consists a modern family.

This year, the Academy’s most coveted award is short by two (out of 10) nominees. One of those unfilled slots could have easily gone as well to any of the other entries for Best Foreign Language Film: female(!) director Nadine Labaki’s “Capernaum” from Lebanon, “Never Look Away” by Germany’s Florian Henckel von Donnersmarck and “Cold War” by Poland’s Pawel Pawlikowski (whose “Ida” won an Oscar in 2015).

We’re going out on a limb by saying that the 2019 Oscar Best Foreign Language Film roster—along with Yorgos Lanthimos’ “The Favourite,” which didn’t land in the foreign film category because it’s a US-UK-Ireland coproduction, and the black comedy “BlacKkKlansman” by Spike Lee—seems the more deserving entries for Oscar Best Picture.

In fact, “BlacKkKlansman” won an award (Grand Prix) at the Cannes Film Festival, as did “Capernaum,” which bagged the Jury Prize and was so well-received that it reportedly got a 15-minute standing O after its premiere at the French Riviera.

But who ultimately stole the show and took home the Palme D’Or, or the highest honor at Cannes? It’s the little band of petty thieves posing as a family, which Kore-eda had crafted from the seed of an inspiration he picked up from the news.

The 56-year-old has mastered the art of capturing society’s nuclear unit, which he likes to build with ordinary but damaged people, or individuals who have unbearably suffered though they hold no special place in public. Kore-eda particularly loved employing his muses, veteran Japanese actors Lily Franky and the endearing Kirin Kiki (she passed away just last year), for the task.

As the granny Hatsue in “Shoplifters,” Kirin’s performance was nuanced and, though she looked wobbly and frail, this here was one cunning obaasan.

Take away the golden palm leaf in a box and “Shoplifters” will remain what The Guardian film critic Stephen Holden calls “a brilliant and audacious film.”

“‘Shoplifters’ is a complex, subtle, mysterious film that builds to the most extraordinary surprise ending, a twist-reveal worthy of psychological suspense noir,” began Holden’s review. “Yet the film is nothing like that generically.”

We find that it’s the only film that delivered what none of the eight Oscar Best Picture contenders had: a complicated story told in a deceivingly uncomplicated way—and without pounding the audience with life lessons or propaganda.

At the very least, Kore-eda had shown a bleaker side of Japan that’s rarely, if at all, expressed in popular culture. “May mahirap din pala sa Japan,” was a colleague’s reaction to the film.

In a recent New York Times profile, Kore-eda said his works represented “an implicit criticism of modern Japan” with themes like “isolation and social invisibility.”

“I don’t portray people or make movies where viewers can easily find hope,” Kore-eda told the Times. “Some people want to see characters who grow and become stronger over the course of a film… It’s such a lie. And I don’t want to tell a lie.”

That’s a bold undertaking for a filmmaker whose works are powerful because they appear simple. Often there’s no setup for big, explosive moments, but it gets there anyway, as it did for most of “Shoplifters.”

The film had no bells and whistles in the $200-million range, a la “Black Panther.” (It was reportedly funded partially by the Japanese government.) There’s no proselytizing as in “BlacKkKlansman” or “Green Book” or, we’re sorry to say, “Roma.” The film’s characters were not based on popular real-life personalities like in “Bohemian Rhapsody” and “Vice,” or had pop stars aping pop stars not from their genre, as in “A Star Is Born.”

We don’t disapprove big budgets, very timely themes and subject matter, and Lady Gaga and her gorgeous nose. It’s really, really nice to have all that in films, and yet these are not always what would consist great cinema.