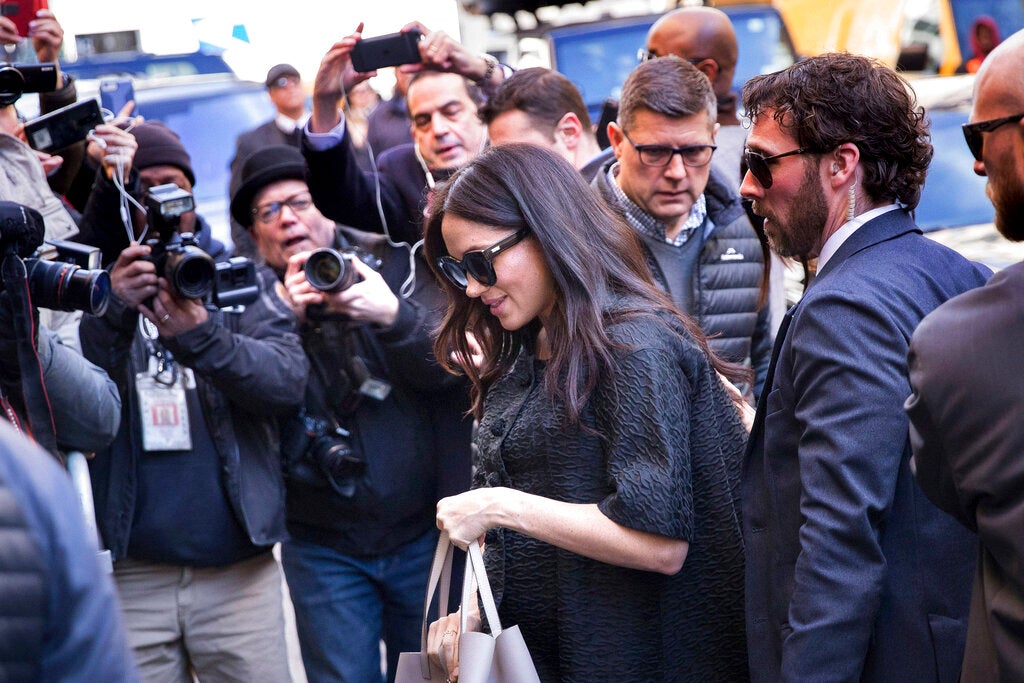 Meghan, Duchess of Sussex, arrives for her baby shower at the Mark Hotel on Tuesday, Feb. 19, 2019, in New York. Image: AP Photo/Kevin Hagen

The flowers from the Duchess of Sussex’s shower on Wednesday were donated to Repeat Roses, an organization that gives flowers to charities, as per WNBC.

The American Cancer Society says Meghan’s flowers were donated to cancer patients around the city.

One of the recipients was the cancer society’s Hope Lodge. The facility provides free lodging to cancer patients traveling to New York for treatment.

Friends including Gayle King and Amal Clooney joined Meghan at her shower at a Manhattan hotel.

The 37-year-old American actress became a British royal when she married Prince Harry last year. She is due to give birth to the couple’s first child in April. MKH