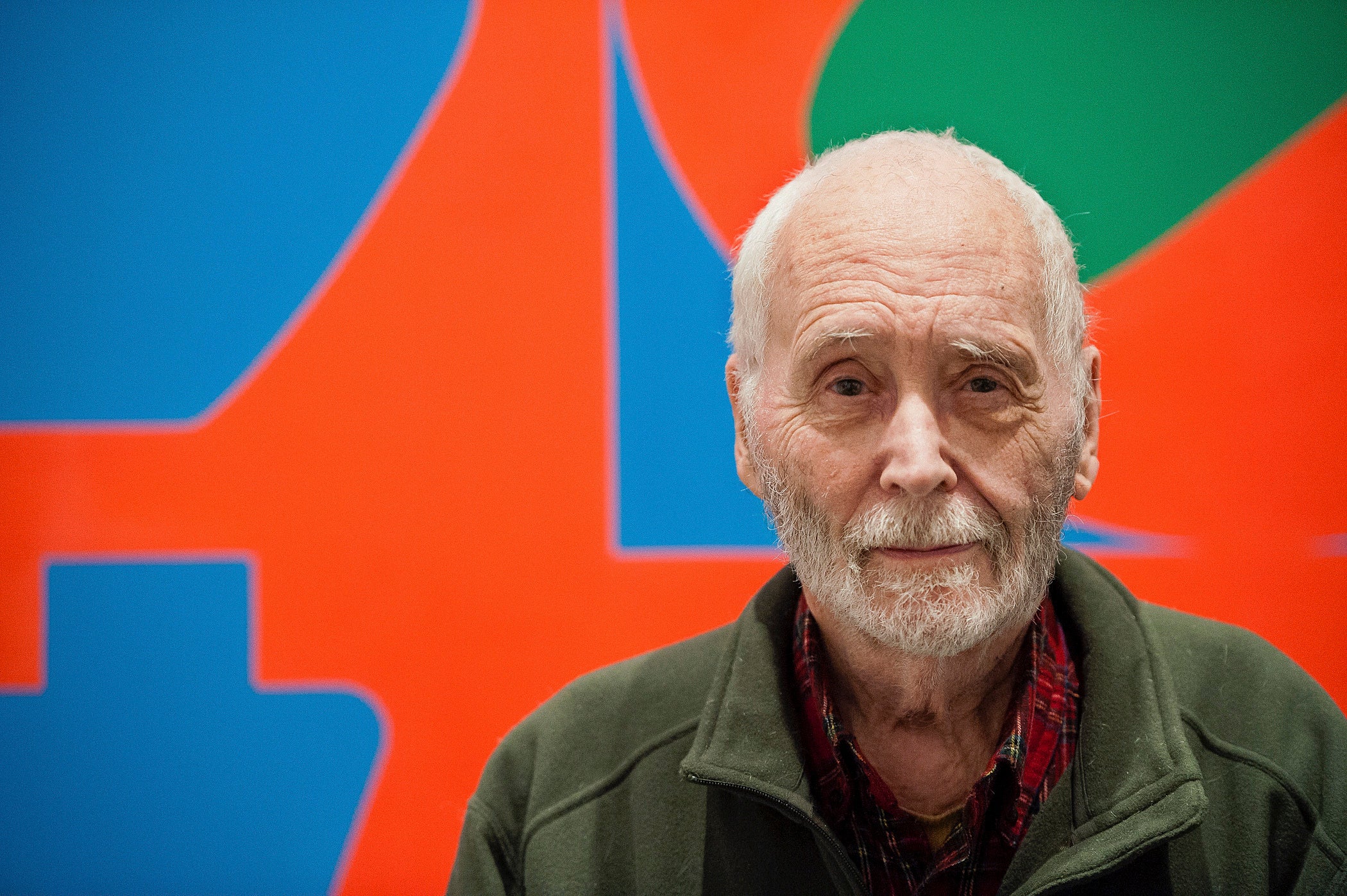 In this Sept. 24, 2013, file photo, artist Robert Indiana, known for his LOVE artwork, poses in front of that painting at New York's Whitney Museum of American Art. The foundation tasked with transforming Indiana's Maine island home in into a museum where is work will be displayed is moving forward in 2019, despite a lawsuit targeting the reclusive artist's estate. Image: AP/Lauren Casselberry

Despite suit, effort for Robert Indiana museum is advancing

The presumptive chairman of the Star of Hope Foundation is making plans to add board members, engage with the Vinalhaven, Maine, island community where Indiana lived until his death, evaluate the art collection and overhaul his dilapidated house, which is on the National Register of Historic Places.

“We generally feel optimistic about this. This is a wonderful, incredible opportunity not just for Vinalhaven, but for the state of Maine,” Larry Sterrs told The Associated Press.

Indiana, whose iconic LOVE series is instantly recognizable worldwide, retreated in 1978 from New York City to Vinalhaven Island, 15 miles (24 kilometers) off the coast of Rockland.

His home is known as the Star of Hope, after the former lodge of the fraternal organization Odd Fellows that used to be there. It has fallen into disrepair in recent years. When Indiana died at 89 in May, there was a hole in the roof and pigeons living inside.

Board members say they are committed to fulfilling Indiana’s vision for transforming the place into a museum where the public can view the artist’s extensive works. But before the museum can be ready, a lawsuit filed the day before Indiana’s death that needs to be settled.

Indiana’s former caretaker, Jamie Thomas, is accused in a federal lawsuit of taking advantage of the artist. It claims Thomas and an art publisher exploited Indiana in his final years by making unauthorized reproductions of his work. Thomas’ lawyers have said there’s more to the story and it will come out in court. A trial is scheduled for October in New York.

Sterrs, who currently leads the Unity Foundation, said despite the litigation, work on the museum is continuing.

The expectation is that Sterrs will serve as board chairman, alongside two current directors, Thomas and James Brannan, attorney for Indiana’s estate.

Under Indiana’s will, Thomas was tasked with running the museum, but he’ll report to the board on which he serves.

“Bob directed that Jamie be involved with Star of Hope Inc. because Bob trusted Jamie to turn into reality both Bob’s vision for preservation of his artistic legacy and Bob’s desire to make Vinalhaven Community life more sustainable,” Thomas’ attorney, John Frumer, said.

Sterrs said he plans to name two more independent directors soon. The board will immediately engage with the local community to discuss the Star of Hope project, he said.

Phil Crossman, chairman of Historic Down Street LLC, which was formed to protect historical properties on Vinalhaven, said he’s happy that progress is being made.

“I’m encouraged by the prospect that it may happen sooner than later,” said Crossman, who operates The Tidewater.

The Star of Hope is only a shell of it what it once was. The front windows are boarded up. Clapboards are peeling. There’s no electricity or heat.

The foundation plans to enlist architects and engineers but reconstruction will not begin until the conclusion of the lawsuit.

Nonetheless, both Indiana’s caretaker and the attorney for his estate are eager to fulfill Indiana’s wishes, Sterrs said.

“They are anxious for the wishes and the will of Mr. Indiana to be carried out,” he said. “If I can help with that, then that’s great.” CC

Robert Indiana’s home, studio to be transformed into museum