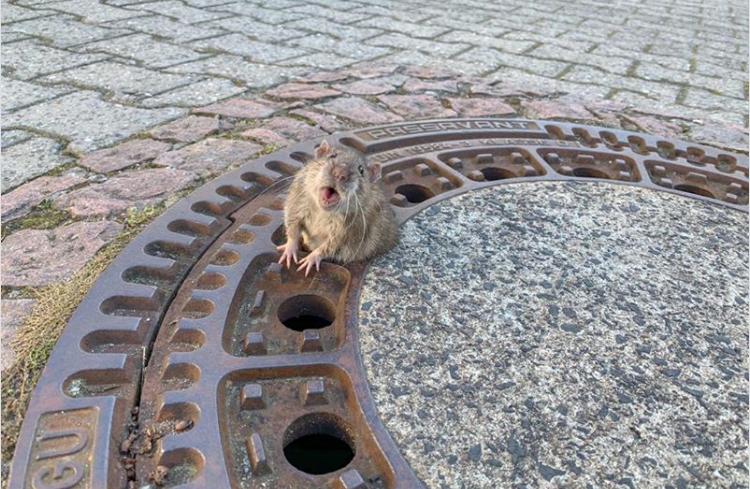 Local animal rescuers and firefighters banded together in a rescue operation in the town of Bersheim, Germany for one little creature — a rat.

The animal rescue group Berufstierrettung Rhein Neckar narrated that they got an unusual call on Sunday, Feb. 24. The call, which came from an unidentified person, said he/she saw a rat stuck at the crate while getting out of the sewer. The incident was reported by the BBC on Tuesday, Feb. 26.

“She had a lot of winter flab and was stuck fast at her hip — there was no going forward or back,” animal rescuer Michael Sehr told local media, as per report.

While Sehr was already on the scene, he could not free the rodent by himself. Volunteer firefighters had to step in, and together they exerted effort to let the rat loose.

The rescue was documented and posted on the animal rescue group’s YouTube channel. In the video, firefighters helped in lifting the crate, while one responder pushed the rat out. Once the rodent was free, it hurriedly got back inside the sewer.

The rescue group also shared pictures of the rat stuck in the crate on its Facebook page. The post quickly became viral, with already 4,500 likes-reactions and over 1,400 shares, as of writing.

Despite some critics questioning the effort needed to free a small rat, Sehr said, “Even animals that are hated by many deserve respect.” Katrina Hallare/JB