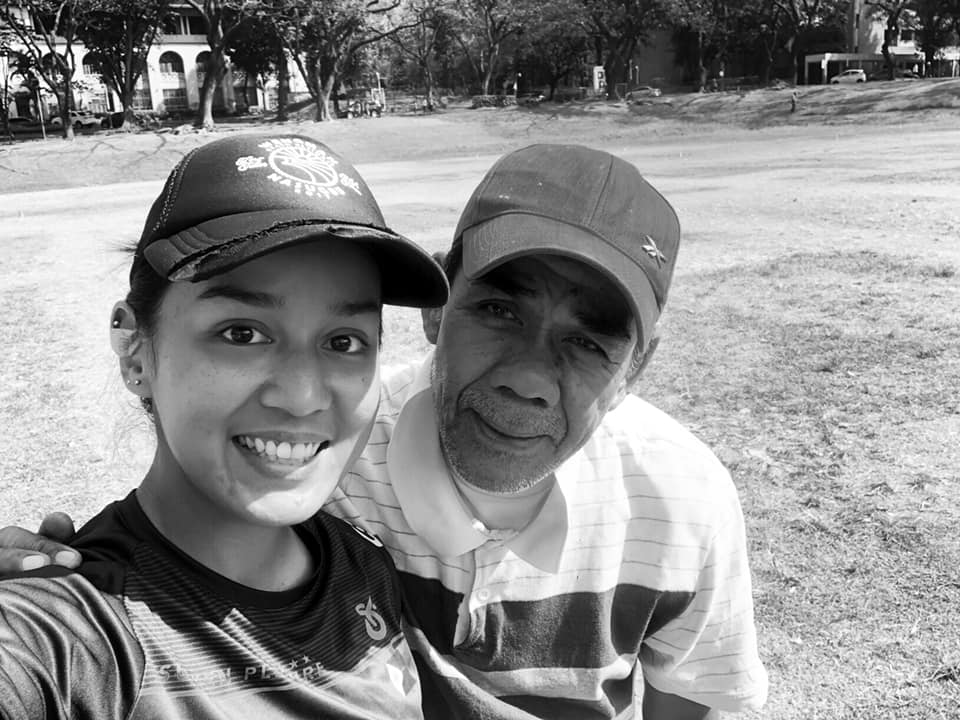 More than the academics, college is a chance to form lifelong friendships and find esteemed mentors — people who will see you through challenges and celebrate your successes.

For one University of the Philippines-Diliman student, a special and lasting bond that she formed was with a taho vendor whom she fondly calls Tatay Dong. In turn, he calls her “anak” (child).

Alex Castro, a Pasig City resident, recalled in a Facebook post last Saturday, Feb. 23, the touching reunion that she had with Tatay Dong during a visit to her alma mater.

Her heartwarming story recounted how they met and the gestures of fatherly care he showed her, along with a black-and-white selfie of them. The viral post already has over 90,000 likes and 22,000 shares as of writing.

“‘Tay, may abogado ka na.”I imagined myself saying those words to you as I was driving along the University Avenue…

Romeo “Dingdong” Corpuz, 62, has a wife and three daughters of his own, but he did not hesitate to take Castro under his wing even if they only saw each other on campus.

Last Saturday, they were able to run into each other during her visit. “I couldn’t help but smile when I saw you rushing to the Sunken Garden from afar,” she said. “When you saw me, you immediately embraced me and exclaimed, ‘I missed you!’”

Castro passed her bar exams in 2018 after finishing law in the same school in 2017, she told INQUIRER.net. Now working at an Ortigas private litigation firm, she had the chance to tell him in person, “‘Tay, may abogado ka na.” (Dad, you now have a lawyer.)

“Coming home to U.P. always meant coming home to everything I loved and cherished for eight years, including you,” she wrote.

Tatay Dong has been a mainstay in U.P. Diliman, selling taho since 1986, as per Castro. She recalled that they met during her first year in college. During their 7 a.m. chats over taho, which served as her breakfast, she told INQUIRER.net that they sustained each other with stories of their lives.

“We would usually talk about his daughters, and how they’re doing in school. We would talk about his taho and his fellow vendors. Then he would ask about my studies, my plans for the future, my council work, or sports,” she said.

“Eventually, you found out that I’d always go to school with an empty stomach,” she wrote on Facebook. “So you made it a point to wait for me in the morning, rain or shine, with a fresh cup of taho, every single day for four years, until I finished my undergrad degree.”

When asked how they formed a close bond, Castro explained, “I think it was the fatherly love and concern he showed me throughout my life in U.P. I didn’t have a father growing up.”

“So when we started getting close, I was amazed at how nice it was to have that kind of figure in my life. Eventually, he started treating me like his own daughter, too. So I guess we found a sense of family in one another.”

She mentioned in the post an instance where he gave up his only jacket so she would stay dry amid a downpour.

“I was just a daughter you picked up along the way, but you were so protective of me. One rainy day in December of 2009, I went to school without a jacket,” she said. “So the following morning, you handed me a package along with my taho. When I opened it, it was your jacket.”

Castro returned the act of kindness by getting him a new jacket. “You wore it with so much pride and such a huge smile the morning after, and all the mornings after that. Whenever your friends asked about it, you’d always say, ‘Bigay ng anak ko ‘yan.’ (It’s from my daughter.)”

Besides being one of the reasons U.P. felt like home, Tatay Dong taught Castro an important life lesson: “To be kind, always.”

“In the ten years we have known each other, he has shown me nothing but kindness, generosity, and unconditional love,” she said.

“He has so little, but gives so much without asking for anything in return. He doesn’t even think twice. He made me realize that we lose nothing by being kind to others.”