‘I Belong to the Zoo’: Weird album title but with 1.8M listeners on Spotify | Lifestyle.INQ ❮ ❯ 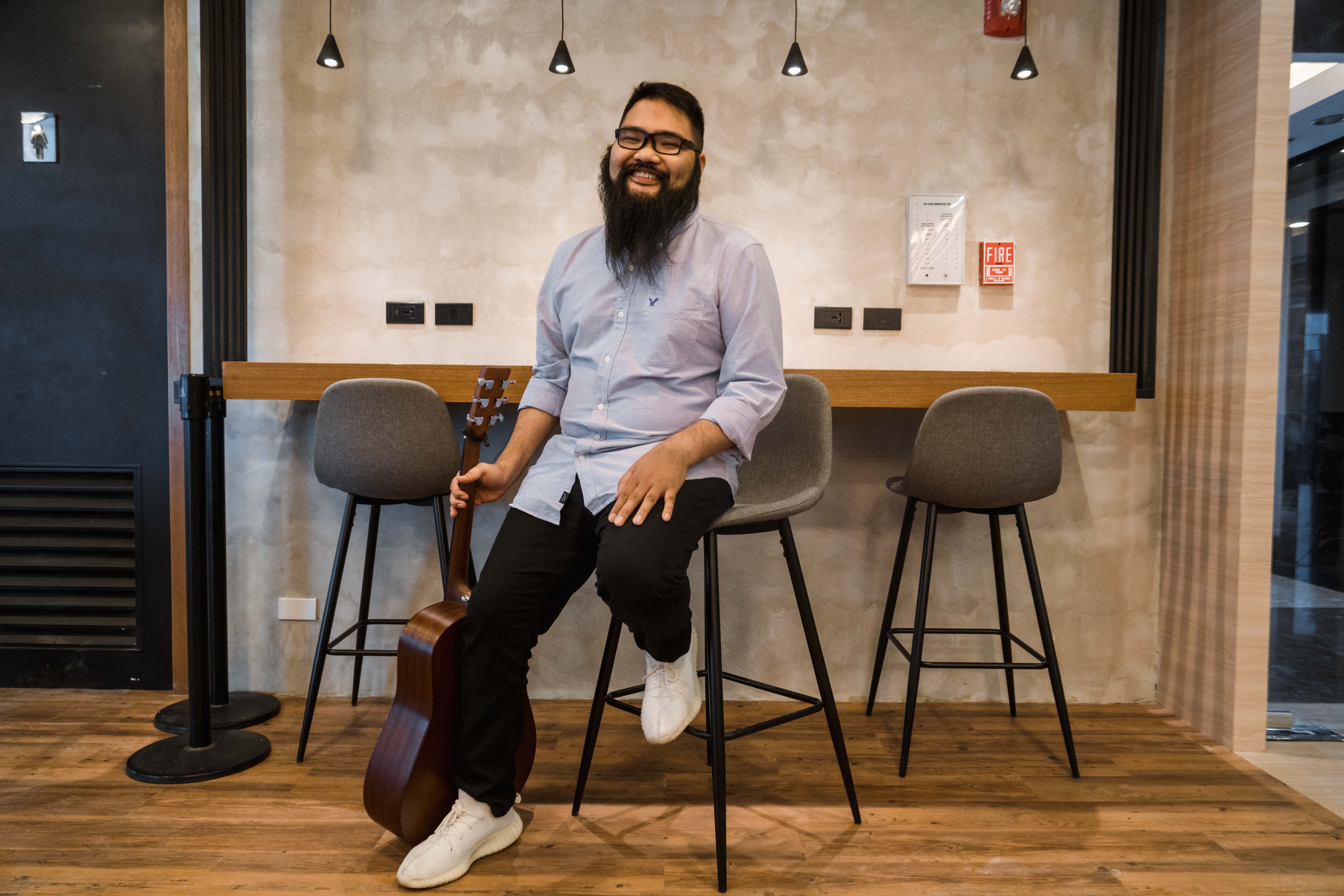 Argee Guerrero: “As a kid, I was teased for the way I look. (The phrase) ‘I belong to the zoo’ was my way of owning it.” Pale purple dress shirt, American Eagle Outfitters

‘I Belong to the Zoo’: Weird album title but with 1.8M listeners on Spotify

In 2014, Argee Guerrero of the band Tonight We Sleep was at his girlfriend’s birthday party when he serenaded her and twisted the lyrics in the naughty children’s ditty: “Happy birthday to you, I belong to the zoo…” Soon, he was recording a solo album that he called “I Belong to the Zoo.”

“The name kind of just stuck,” recounts Guerrero. “At the same time, it’s basically me in a nutshell. As a kid, I was teased for the way I look. (The phrase) ‘I belong to the zoo’ was my way of owning it.”

He recalls feeling uncomfortable to use his own name for the solo project due to the songs’ personal, intimate nature.

“I’m the type of person who doesn’t like sharing my feelings with my friends,” he says. “I wrote some songs and finally mustered up the courage to get these friends to listen to them. They liked it so much, they wanted me to share it (with more people). That’s how the album came about.”

The songs on “I Belong to the Zoo” ruminate with sad lyrics, guided mostly by a moody acoustic guitar.

The album, which struck a chord among listeners, presently has 1.8 million followers on Spotify. “I wrote all the songs in my room,” he recounts. “They’re simple and have basic chords.” He’s still puzzled how quickly people liked his music.

One particular track, “Sana,” is a big hit and currently heard on radio. Recorded with a full band, the song’s wistful refrain has turned it into a hugot anthem and caused speculation among fans.

Argee reveals the song’s backstory: “I was courting this girl and I thought things were going well. Then she got back with her ex. Unfortunately, this has happened to me twice. So the lyrics are really straightforward. ’Yun ang talagang nangyari.”

But it’s not all heartbreak and unrequited love for him. Though he’s tight-lipped on the details of his next record, he hints that fans can expect at least one song that will not be a teary-eyed trip.

“There’s this song I wrote when I was about to propose to my future girlfriend,” he says. “It turned out a fairly happy song. Honestly, it’s hard for me since I’d rather write sad songs. But for some weird reason, I ended up with this happy song.”

He says he titled it “Name,” which he plans to include in succeeding releases.

Looking back on how friends encouraged him to record the songs on “I Belong to the Zoo,” Guerrero affirms that it can take just one song to be noticed.

“If you have a song, and no matter how scared you are, let anyone hear it,” he advises. “Let your close friends hear it. If they like it, let other people hear it. And who knows? Maybe one day we’ll be performing on the same gig together.” —CONTRIBUTED