Armypedia for everything BTS | Inquirer Lifestyle 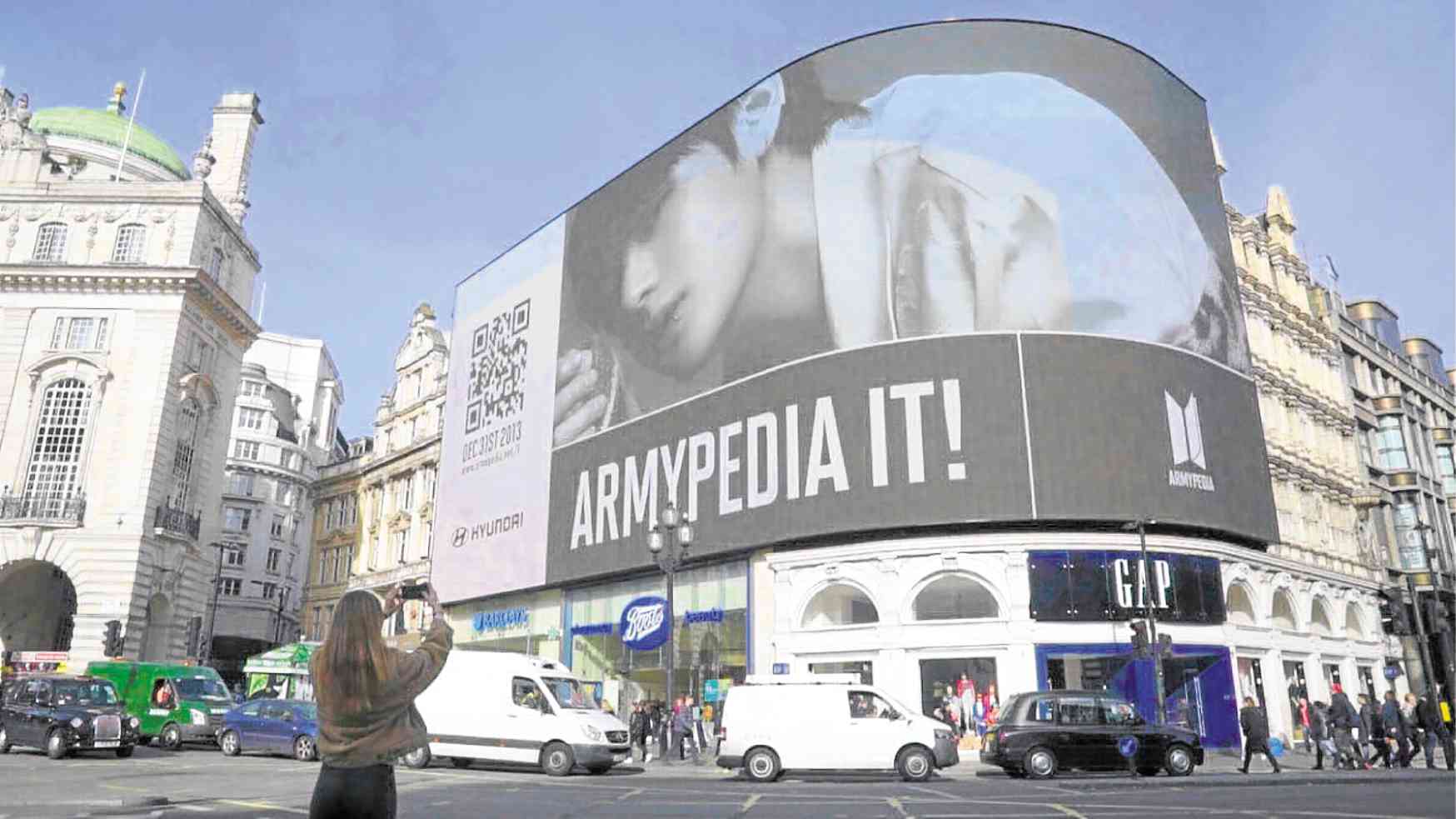 V’s towering billboard in London displays a QR code for the game.

Korean superstars BTS continue to conquer the world with the launch on Feb. 25 of Armypedia, a “digital archive of all things BTS.”

The unstoppable septet continued to reach new heights to celebrate their sixth year in the industry. In an effort to document this riveting journey with their fandom, Army, the band unveiled Armypedia, a “special chronicle of memories of Army’s journey together with BTS.”

Armypedia is a collaborative database initiative centered on BTS’ journey since June 13, 2013. Marking 2,080 days since their debut, Armys can relive momentous milestones with the band through a global scavenger hunt.

Fans of the band all over the world must collaborate and unlock 2,080 puzzle pieces, one for each date since the band’s debut, to complete Armypedia.

Each puzzle piece represents a significant memory and is assigned a QR code. Armys can unlock the code to answer a quiz question about the band. They can then post anything they want on the date card, which their fellow fans, and even BTS, can read.

QR codes can be spotted all over the world—from drink carts in Seoul to gargantuan LED screens in Times Square and even in the vast cyberspace of the internet—BTS is, literally, everywhere.

Even the group’s leader, RM, showed his excitement with a tweet asking Armys to upload their personal stories on the site.

“Tell me what you have eaten that day and what happened to you! I am curious about your day,” RM tweeted in Korean.

When Armypedia is completed and all 2,080 puzzle pieces and date cards are unlocked, special rewards will be given to Armys who participated.

With its successful launch, Bighit Entertainment even announced the first official Armypedia event, “RUN ARMY in Action,” set on March 10 in Seoul, where Armys can play together.

Explore the most beautiful moments of life with BTS, join the hunt and find out more on www.armypedia.net.