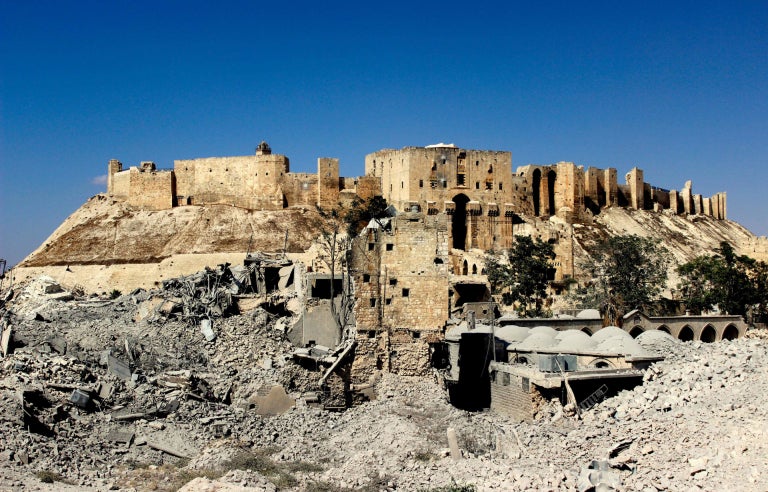 The entrance to the Citadel of Aleppo. Image: Sultan Kitaz, 2014 via AFP Relaxnews

Berlin’s Pergamon Museum is launching an exhibition documenting the landscapes of Syria, laying foundation for reconstruction of the war-ravaged country.

“The Cultural Landscape of Syria. Conserving and Archiving in Times of War” exhibition opened on Feb. 28 at the Museum of Islamic Art, in the Pergamon Museum. The show takes visitors on an exploratory journey through Syria, whose cultural heritage has been severely under threat since the outbreak of the civil war in 2011. It features a series of photographs, films and objects collected by the Syrian Heritage Archive Project.

Established in 2013 by the Museum of Islamic Art and the German Archaeological Institute, this project aims to document and digitize Syrian cultural heritage. Materials come from researchers, institutions, as well as Syrian residents and refugees, providing an invaluable basis for the reconstruction of monuments and sites destroyed by war.

“The Cultural Landscape of Syria. Conserving and Archiving in Times of War” will run until May 26. JB