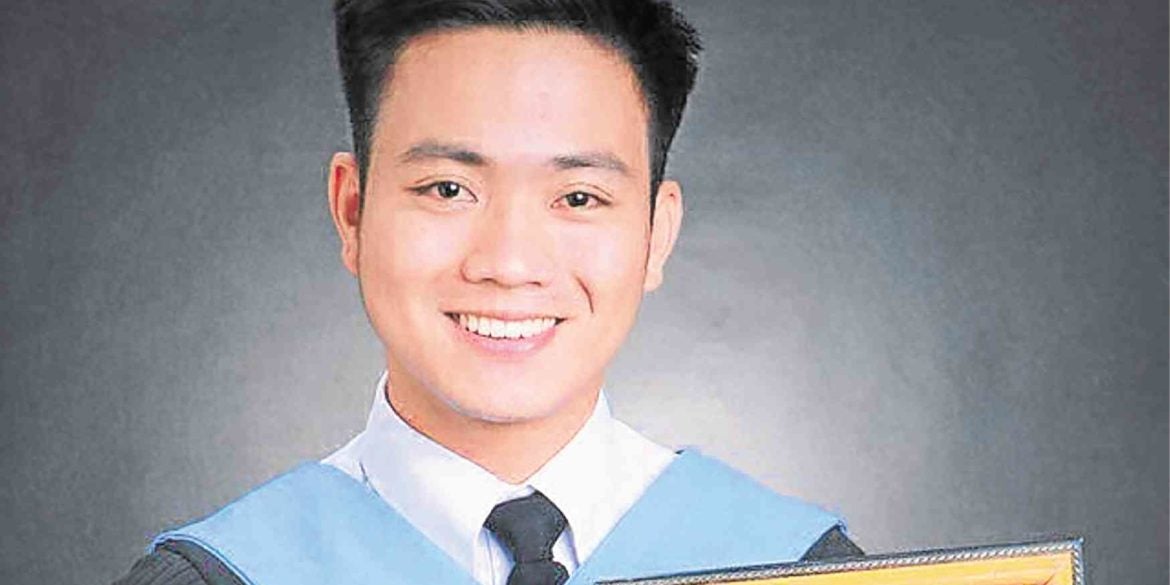 Juner Quiambao contracted German measles, a viral infection that left him deaf, when he was 8.

Despite the disability, he has accepted his condition, buoyed by the unconditional love of his parents, three brothers and a stepbrother.

The deaths of their parents left the siblings emotionally and financially devastated. They lived only on the food afforded by their maternal grandmother. “We were absolutely clueless where to get money for rent and the unpaid school fees that had piled up,” Quiambao recalled.

Quiambao, 26, who was studying at the Philippine School for the Deaf (PSD), did not know how to cope with the mounting expenses. He reached out to his best friend and asked if he knew of any work opportunities.

His friend’s parents hired Quiambao as a weekend helper, in exchange for a few hundred pesos per day.

While trying to survive on a daily basis, he admitted that the pursuit of continuing education became least of his priorities.

But his teacher encouraged him to apply at the De La Salle-College of Saint Benilde (CSB). Quiambao was not just accepted, he also received a scholarship.

“In PSD, it was easy to adjust as the whole school was dedicated to the deaf,” he said. But things were different at CSB—the deaf and the hard of hearing were mixed with regular students.

Instead of being intimidated, he soon adopted the school’s standard Filipino Sign Language (FSL).

However, in sophomore year, his savings from his days as a house helper were spent. “I planned to quit school. I was so depressed and lost, I wanted to give up,” he said.

Observing his case, Agnes Canayon, director of CSB’s Center for Deaf Education and Formation, encouraged Quiambao to continue his studies while she searched for a sponsor.

The parents of Benildean associate Bea Francisco came to the rescue.

With a new lease in his student life, Quiambao joined a number of school groups, which helped him relate to others and boost his confidence.

An active member of the Social Responsibility and Outreach Program, he volunteered to teach FSL to public school teachers in Davao and to the juvenile delinquents in Stairway Foundation Inc.

“Though I have undergone many difficulties in life, volunteering made me a positive person. It gave me a chance to appreciate my family and interact with many hearing ones,” Quiambao said. “So whenever I felt sad, I just focused on the work where I made others happy.”

He also brought his newfound advocacy on to the performing stage when he played the role of Ding, Darna’s deaf brother, in a CSB musical, “Ding! Ang Bato.”

“I did not expect to get the part, since hearing students also auditioned,” he said. “All the cast members learned sign language and were signing the entire play. I felt so proud, like a real advocate.”

Nominated for the Gawad Benildyano Award, Quiambao realized that his efforts, dedication and achievements have made an impact in both the deaf and hearing communities.

Recently, his siblings witnessed him march at the Philippine International Convention Center to receive his diploma in Bachelor in Applied Deaf Studies-Business Entrepreneurship, under CSB’s School of Deaf Education and Applied Studies.

“It is good to serve as an inspiration to other people,” he said. “It’s not being makapal ang mukha (shameless), it’s being confident that you were able to show your Benildean values.”