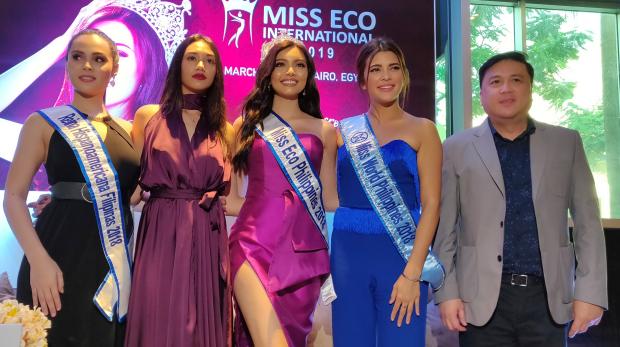 PH staging of Mister World pushes through – for now

MANILA, Philippines — The Philippines’ staging of the Mister World pageant will push through in June, according to talent manager and events organizer Arnold L. Vegafria, head of the Miss World Philippines Organization.

Montagne will compete in the Miss Eco International pageant in Egypt on March 29 and will try to inherit the title currently held by Filipino queen Cynthia Thomalla.

The Mister World contest in the Philippines, technically the 2018 edition of the biennial global competition for “the most desirable men in the world,” was originally set for August 2018, but it was later moved to the first quarter of 2019.

Earlier this year, the local organizing committee announced that it would be rescheduled for June 2019.

Vegafria also said the organizers of the Mister Eco International contest had asked him if he could help them hold their global contest in the Philippines.

“But I told them it’s too much for me after Mister World in June. Maybe next year. Let’s target back-to-back male pageants in the Philippines,” he said.

The organizers are eyeing an August staging for its maiden edition.

“But they may also hold it in January,” Vegafria added.

He also said that the first edition of the Mister Multinational contest will take place alongside the Miss Multinational pageant in January next year.

JB Saliba, a Sports Science degree holder from the University of the Philippines, won the Mister World Philippines contest last year. He will be the host delegate for the international contest in June.

His co-winner, Marco Poli, finished in the top 20 in the 2018 Mister Supranational contest in Poland in December.