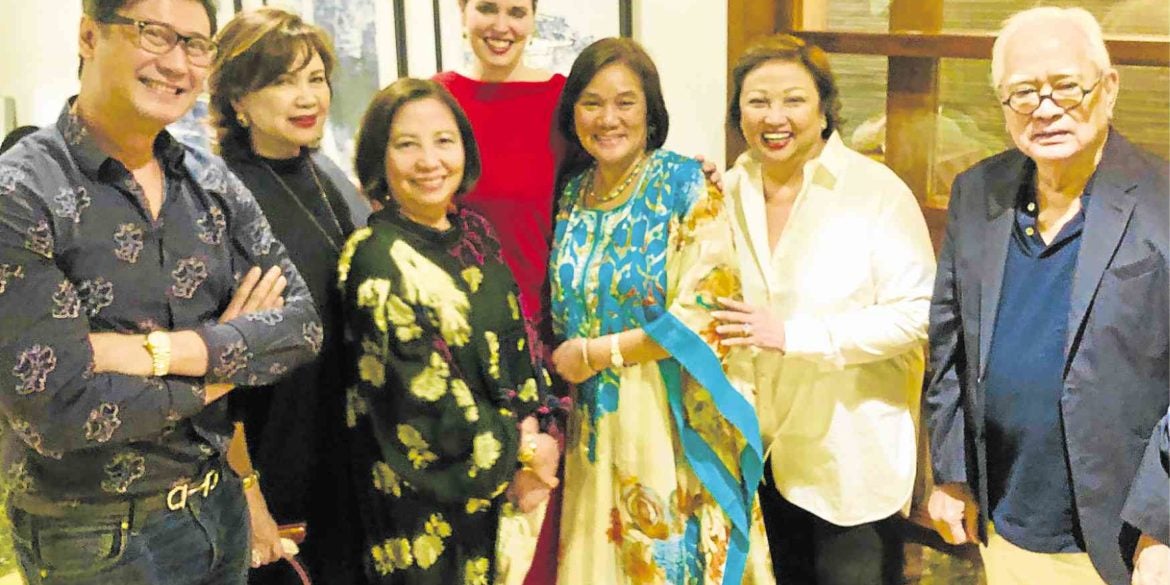 Sandie would have loved the performance, friends said

A concert commemorating the late broker, socialite and art patron Melisande Veronica “Sandie” Castro Poblador was held at the home of a fellow Wharton alumnus, David Lim. Poblador died of pancreatic cancer on April 10, 2018 while traveling in Brussels. She was 59.

Aside from being a supporter of the Philippine Cancer Society and other causes, she published a book on her father, the late former Supreme Court Justice Fred Ruiz Castro, titled “Primus Inter Pares: A Patriot for the People,” for what would’ve been his 100th birthday in 2014.

Brigitte Van Hagen, Dutch lyric soprano and a good friend of Poblador, was shocked by Poblador’s sudden death. She vowed to hold a tribute concert on her return to the Philippines.

At the memorial dinner, Van Hagen showed her range and sang in several languages —Strauss’ “Allerseelen,” about All Souls’ Day; Schubert’s “Nacht und Träume” and “Ständchen,” both quiet and poetic songs about the night and dreams; De Falla’s “Siete Canciones Populares Españolas”; Handel’s “Lascia ch’io pianga,” a prayer for mercy; Monteverdi’s “Lamento Della Ninfa,” a lamentation on fate; Dvorak’s “Song to the Moon”; Puccini’s “O Mio Babbino Caro,” about simplicity and love; Caccini’s “Amarilli,” based on the story of Amaryllis who pierces her breast every night to call for her lover; Delibes’ “Les filles de Cadix”; and “Ave Maria” by  Bach/Gounod.

French businessman Christian Baverey felt like he was transported to Europe with Van Hagen’s powerful performance.

“It was endearing for the family and friends to celebrate the spirit of Sandie,” said restaurateur Tita Trillo. –CONTRIBUTED