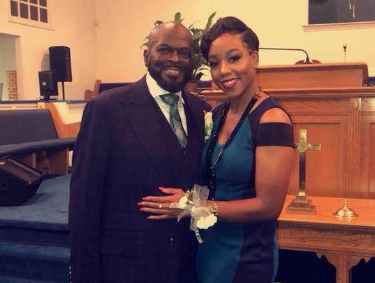 A woman from North Carolina, United States will be donating her kidney to her father who saved her life from foster care 27 years ago.

DeLauren McKnight was just an infant when pastor Billy Houze and his wife Karen adopted her in 1992. Houze’s kidneys began failing three years ago in 2016, as per TV show “Good Morning America” on March 15. He was informed by doctors that he would not live past five years if he did not get a transplant.

He was also told by doctors that he would be placed on a waiting list. Houze’s two sons were apparently tested, but did not turn out to be matches.

“It would be seven years before I would possibly get a kidney,” he said in the report.

In a twist of fate, however, McKnight turned out to be a match, an outcome she did not expect since she was adopted.

“I never thought I would be a match because I was adopted,” she told the program. “I got the call at work and I wanted him to be the first person that knew. I called and I said, ‘daddy, I have to tell you something. I’m a match.’”

The phone call was an overwhelming experience for the two, as Houze stopped talking and began to cry while McKnight shook.

Houze has since taken to his Facebook account last Feb. 13 where he shared the good news. As per Houze, they took custody of McKnight to save her life from foster care, not knowing then what God had in store for them.

“God in His wisdom had a plan much greater. Now 27 years later, the revelation has been revealed,” he wrote. “We saved her so she could save my life from kidney disease. She is about to donate me a kidney in order to give me more years of life.”

In 1992, God sent us an angel that we could not have seen then. We took custody of her in an attempt to save her life…

The father and daughter pair are now scheduled for surgery in the coming weeks, as per report. As for Knight, she is nothing short of joyous to be the one saving her father’s life.

“I call him my Superman,” she added. “Without him and my mom, I wouldn’t have known where I’d be. There’s nothing in this world I wouldn’t give him so he can enjoy life and be right there beside me.” Cody Cepeda/JB

Within 27 years, woman receives kidneys from father and brother