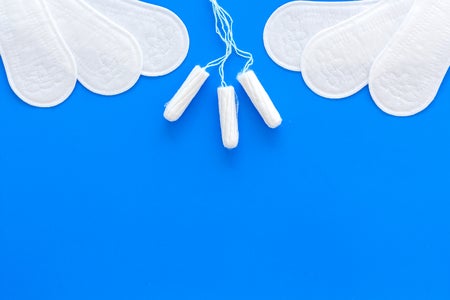 A group of fifth graders belonging to a Girl Scout troop in western Ohio, United States, exhibited girl power when they built menstrual hygiene lockers in their school.

The project was borne out of a question by Girl Scout Jordan. Girls apparently are not allowed to carry bags to the restroom, as per Teen Vogue on March 8, prompting Jordan to wonder how she and her female classmates were supposed to get sanitary pads and tampons to the restroom.

Bringing tampons and pads to the restroom thus became a clandestine affair, with girls tucking the products in their sleeves or skirt waistbands. The experience left the girls stressed and worried.

“I wanted to pursue the project with my Girl Scout troop because I felt girls needed a way to be confident and have support during their periods,” Jordan was quoted as saying. “The lockers help girls be confident because instead of having to go down to the nurse and catch up with the work later, they can know the supplies are waiting for them.”

The Girl Scouts pooled their earnings from their cookie sales to get the job done, but the idea was initially shot down by their school.

“They didn’t want to have lockers so we gathered the troop back together and have one big cabinet in the bathroom with bins,” Jordan said. “This time they said yes.”

Once their idea got the go signal, the girls got to work and built the cabinets in the school’s restrooms. They also disseminated fliers and poems to students to educate them about the installation.

The cabinets have not been for naught, as Jordan shared many students have been turning to them during their periods. And more importantly, they have also left girls feeling more confident and empowered in school.  Cody Cepeda /ra