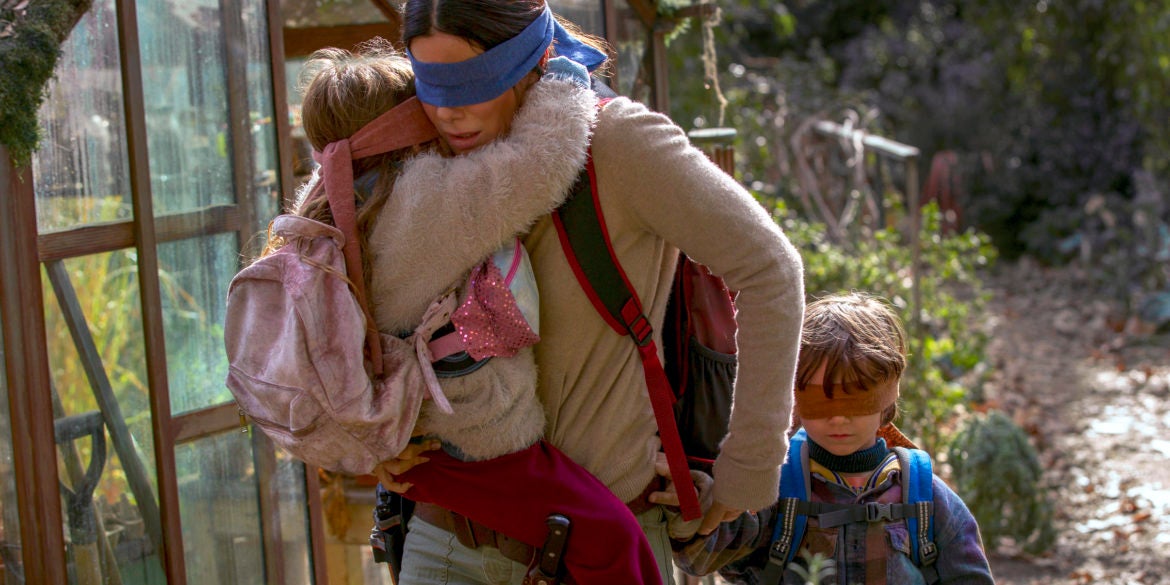 This image released by Netflix shows Sandra Bullock in a scene from the film, "Bird Box." Netflix will remove footage of a real fiery train disaster from its hit post-apocalyptic survival film "Bird Box" months after the streaming giant was criticized for exploiting a tragedy. The stock footage was taken from a 2013 crash in the Quebec town of Lac-Megantic when a train carrying crude oil came off the tracks and exploded into a massive ball of fire, killing 47 people. (Saeed Adyani/Netflix via AP)

“Bird Box” is getting a sequel, but do not expect it to be heading to Netflix just yet.

Josh Malerman, the author of the 2014 novel that was later adapted into a movie for the streaming service, revealed that there will be a sequel to Malorie’s story. This he revealed in an Esquire interview on Monday, March 18.

The sequel, titled “Malorie”, will take place eight years after were the first book left off. Malerman said was inspired to write part two of the book after the movie adaptation became a huge hit.

Malerman said that like the film’s viewers, he himself wanted to know more about Malorie.

“At the end of the movie, I turned to my girl Allison (Laakko, his fianceé) and said ‘I want to know what happens next!'” he said in the interview. “[A]nd she’s like, ‘Well, you know, you could make that happen,’ so it really was this warm feeling.”

He added that in the book’s sequel, readers will get to know “both Malorie and the creatures better.”

“Bird Box” tells the post-apocalyptic tale of Malorie and her children, who try to survive in a world where the population continues to decrease. Supernatural entities cause people to commit suicide once seen.