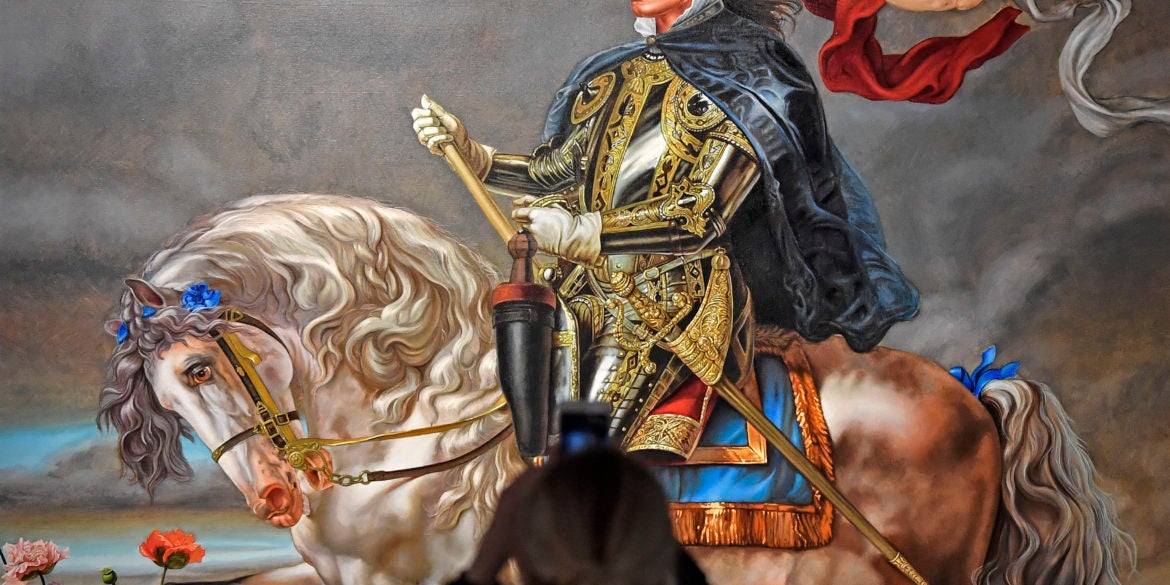 A visitor takes a smartphone picture of the painting 'Equestrian portrait of King Philipp II (Michael Jackson)' from US artist Kehinde Wiley at a preview of the exhibition 'Michael Jackson: On The Wall' at the Bundeskunsthalle museum in Bonn, Germany, Thursday, March 21, 2019. This work is the final commissioned portrait of Michael Jackson. The exhibition around the controversial iconic pop idol is open until July 14. Image: AP/Martin Meissner

An exhibition of art about Michael Jackson is opening in Germany amid fresh controversy over the singer’s alleged abuse of children.

Some radio stations in North America have since stopped playing Jackson’s music. Jackson died in 2009.

The show previously was exhibited in London.

Cullinan said it “was never celebratory. It’s about the complexity of Michael Jackson, how he means very different things to many very different people.”