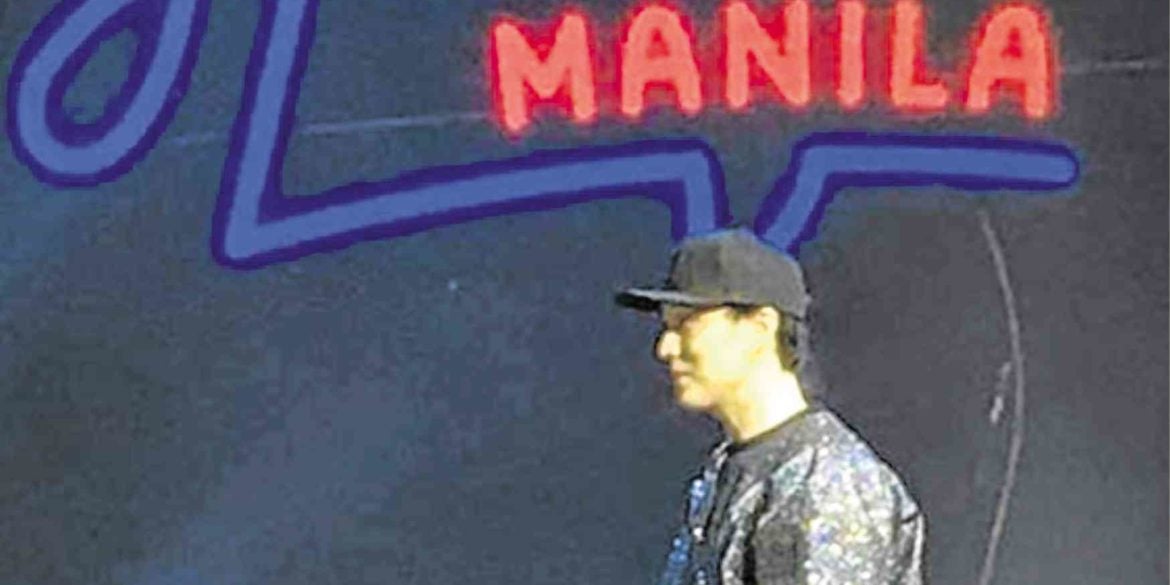 So Ji-sub’s first fanmeet in Manila was a party

So Ji-sub’s first ever fanmeet in Manila was a perfect balance of wisdom, wit and entertainment.

“Hello, Manila!,” the last leg of So’s seven-city Asia tour, was a party and became an opportunity for Filipino fans to get to know more about this seasoned performer whom many have loved for years.

As the show began, his silhouette was enough to trigger the collective shriek inside New Frontier (Kia) Theater on a balmy Saturday night. Imagine how the venue roared when the lights came on. So looked dapper in an all-white suit and a pair of dark shades, while singing Barry Manilow’s “I Can’t Smile Without You.”  The kilig meter went off the scale.

So Ji-sub is your dedicated trainer Kim Young-ho in “Oh My Venus,” your difficult boss Joo Joong-won in “Master’s Sun,” your wonderful husband Woo-jin in “Be With You,” the ex you still love, Kang In-wook in “Something Happened in Bali,” and your babysitter spy Kim Bon in “Terius Behind Me.”

It’s expected that when you finally see him onstage that you giggle, swoon and scream.

So Ji-sub always struck us as the serious type with his pensive look. It was a treat to see him loosen up and actually laugh, whether in a video that caught him in his most candid self or in his interaction with the show’s witty Filipino host, Kring Kim.

He was asked 51 questions in a video.  For every wrong answer or when he was unable to answer, So was penalized by making him wear silly hats, wigs, and glasses. He had his cutest penalty when he wore a kiddie shark hat and tried to sing the popular “Baby Shark” song with actions.

Here are a few more things we learned about So Ji-sub from the video:

He hates dieting more than working out. He works out during his rest days. He likes women who exercise over women who cook. He prefers aglio olio over cream pasta and tomato pasta. He doesn’t go to clubs and karaoke bars. He spent the New Year’s party with his best friend Song Seung-heon.

He still wants to get married, too.  And he prefers a peck rather than a kiss. “Because you can do peck anytime. A kiss you cannot do it any time, and a peck can be done anywhere,” he explained, while his fans shrieked in delight.

So said he had been to the Philippines years ago to shoot a music video. He said he’d love to come back again to do some tanning. Perhaps, check out Cebu. So  said he makes sure he tries the local cuisine. In one of his first meals in Manila, he ate a pork dish similar to samgyupsal, to which Kim said, “You had liempo!”

Because of Kim, So got to wear a pair of wings and a flower crown, and even say the line: “Hello, gumising ka na. Mahal na kita … ” which fans recorded so that they can make it their morning call. He was also made to do as many hearts signs for his fans—from the finger hearts to the big hearts.

“I do hearts only for fans. This is awkward for me,” he quipped.

Of course, some fans were more blessed than others that night. A lucky US-based fan got chosen to receive So’s special polaroid pictures and a necklace that he put on her.

He also  held her hand as they walked on stage and gave her a hug.

At 41, he unabashedly professes his love for hip hop and rap. At the fan meet, he didn’t disappoint. He traded his clean white suit for a loose glittery shirt and ripped black jeans complete with cap, shades, and gold necklace and sang with the Korean hip hop band, Soul Dive.

So asked the audience to put their phones down and get on their feet so that they can enjoy the music with him. Some of the hit songs that he sang with Soul Dive were “aoaoa,” “So Ganzi” and “Coke Bottle Baby” that had everybody dancing.

Another fan told him that she first fell in love with him when she was in grade school  after seeing the drama, “Master’s Sun.”  She went on to say that she kept falling in love every time she watched his dramas.  She even turned down suitors because of her ideal man.

Her voice cracked as she confessed that she couldn’t love anybody else but him. There she was, a girl bravely asking the guy she loves what she should do.

“This is the most difficult question I’ve been asked. It’s just an ideal type, remember that,” So told his fan, smiling. “The person you meet will eventually become your ideal type. Don’t think with your head. Feel with your heart. Don’t turn your suitors down. Find someone who will love you with all your heart.” Then he gave her a finger heart.

With that, So Ji-sub—Hallyu star, actor, singer, heartthrob—just earned another gazillion pogi points.