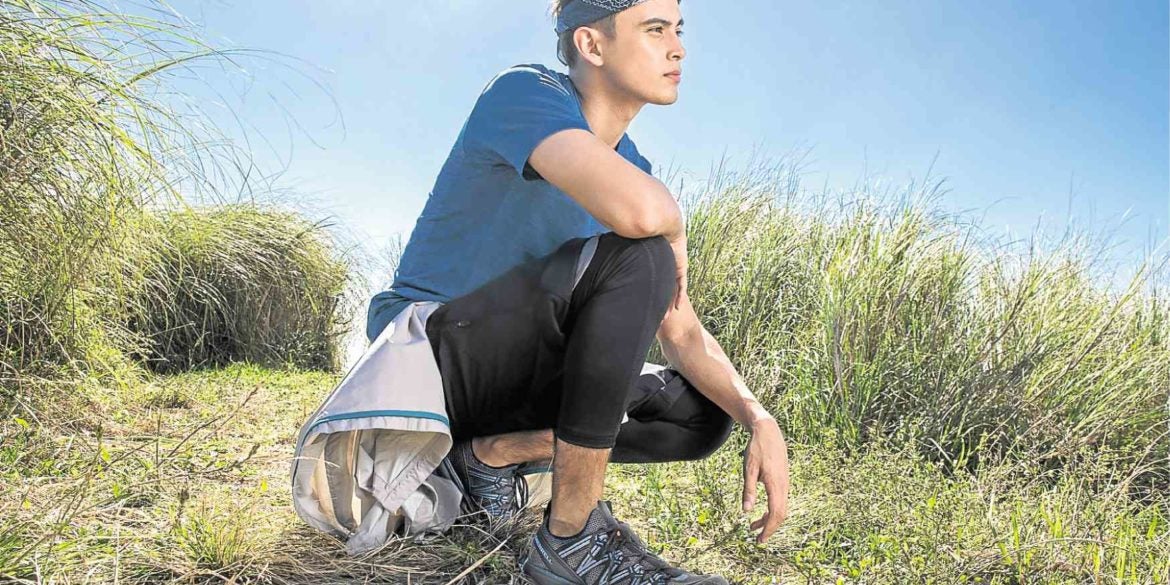 Merrell Choprock for hiking and hanging out:

Urban chilling is cool, but actor and musician James Reid needs nature for a “reset.”

“It gets crazy staying in the city for too long; we’re meant to be outdoors,” says James. “I love going out and exploring.”

On Instagram (where he has 4.9 millions followers) we can see James trekking in Sagada and climbing Mt. Ulap in Northern Luzon. His adventurous spirit makes him an ideal endorser for Merrell, a global brand of outdoor and lifestyle gear. His older brother Andrew, “who always travels,” influenced him to go out more, as well as his sister Lauren who would often surf in Siargao.

Long drives help, too. “Sometimes you just gotta pause, breathe and leave everything behind.”

Show biz can be toxic, James added, and taking pocket vacations help him “put things in perspective.” “When I’m on top of the mountain, I can get away from bad thoughts.”

He lists trips to Siargao, Baguio and Hundred Islands as his “top adventures” in the Philippines, and (just like us) “Japan, if budget is not a problem.”

The best tours shouldn’t be too planned, and “it’s better when it’s spontaneous,” James said. It’s also important to have fun. His record company is called Careless Music Manila—a play on consistent comments that he’s “too careless.” James’ earlier album, “Palm Dreams,” also has hip-hop/RNB tracks that remind us of sexy cocktails on the beach. On April, he will get onboard as a celebrity judge in the singing competition “Idol Philippines” on ABS-CBN.

Eventually, James would like to do a “nine-day hike on the mountain at the base of Mt. Everest” in Nepal, with his crew and girlfriend, actress Nadine Lustre, saying he’d rather travel with a good crowd than backpack solo.

Functional, but make it fashion

For Merrell’s “Let’s Get Away” campaign, James wore the new Choprock style in different colorways. The trail shoes are stable for use in rivers and peaks, dries fast, has excellent grip and protects from debris.

Like the other Merrell shoe models, it features Vibram Megagrip outsoles, Hyperlock heel counters and Kinetic Fit BASE contoured insoles, plus a sleek silhouette so one can easily style it with casual clothes. James’ tip: Complete your hiker look with functional apparel and bags, also available at Merrell.

His other travel must-haves: camera and my girlfriend—Nadine brings everything else; she’s got me covered.”

Super spotted Nadine at Agimat pub in Poblacion, Makati, during the Merrell event. So we just had to ask James, who recently admitted that they have been living together in a television interview: “Does he consider living with Nadine an adventure?”

We agree, James, roughing it out and camping is an experience, but adulting is the ultimate adventure.