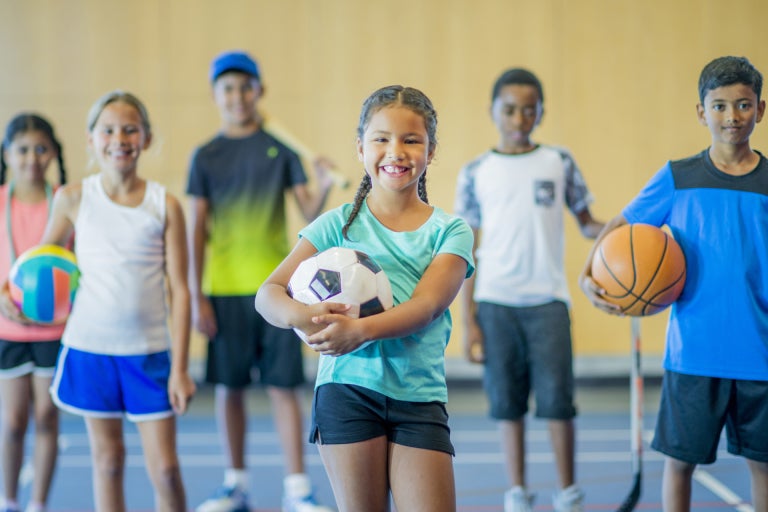 Taking part in team sports could be beneficial for children's brains, according to new research. Image: FatCamera / Istock.com via AFP Relaxnews

New United States research has found that boys who play team sports appear to have larger hippocampal volumes in the brain and fewer symptoms of depression.

The children’s parents were asked to report on their child’s participation in 23 different sports and activities and any depressive symptoms. The children also underwent brain scans to record their hippocampal volume.

The findings, published in the journal Biological Psychiatry: Cognitive Neuroscience and Neuroimaging, showed that playing sports was associated with a larger hippocampal volume in both girls and boys, and also fewer symptoms of depression in boys.

The associations were even stronger for children participating in sports that were more structured, such as team sports or regular lessons.

The researchers suggested that the different effect of sports on depression among girls could mean that different factors contribute to depression in girls, or that a stronger association between sports and depression might emerge at a later developmental period for girls.

Previous research has already found that depression in adults is associated with shrinkage of the hippocampus, a region of the brain important in memory and response to stress, with some studies suggesting that exercise can also have a positive effect on depression and hippocampal volume in adults.

However, the new study is one of the first to suggest that participating in team sports may have a similar positive effect on children.

“Our findings are important because they help illuminate the relationships between involvement in sports, volume of a particular brain region and depressive symptoms in kids as young as nine,” said lead author Lisa Gorham.

“We found that involvement in sports, but not non-sport activities such as music or art, is related to greater hippocampal volume in both boys and girls, and is related to reduced depression in boys,” she added.

“The fact that these relationships were strongest for team or structured sports suggests that there might be something about the combination of exercise and the social support or structure that comes from being on a team that can be useful at preventing or treating depression in young people,” Gorham said. “The findings raise intriguing possibilities for new work on preventing and treating depression in children.” CE/JB