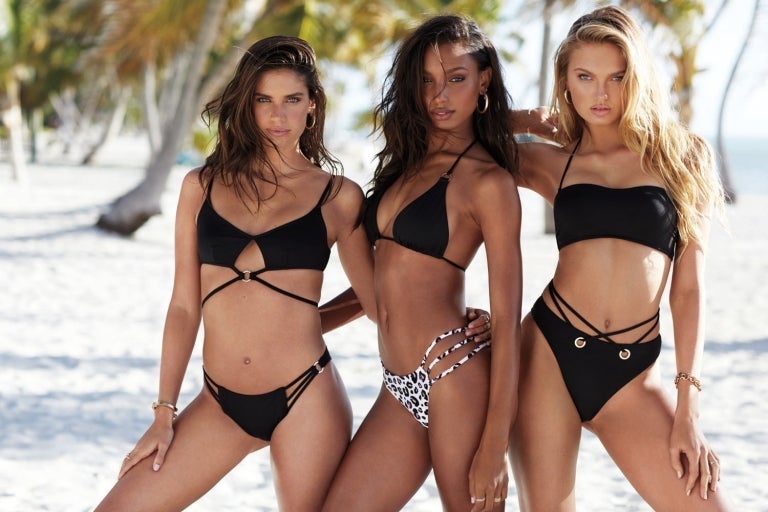 Victoria’s Secret slips back into a bikini

The lingerie giant has unveiled its 2019 Swim Collection — its first series of one pieces and bikinis since it discontinued swimwear back in 2016. The new collection, which is available online, spans a range of styles and colors, in addition to featuring pieces from brands such as Seafolly, Banana Moon, Lascana and La Blanca. A new range of sunglasses completes the collection.

To celebrate the milestone, the brand has recruited some of its most famous models to star in the swimwear campaign, with Sara Sampaio, Jasmine Tookes, Romee Strijd and Grace Elizabeth, all stepping in front of the camera.

The new swimwear line is the latest in a string of shakeups at Victoria’s Secret, which appointed fashion executive John Mehas as its new chief executive officer last year, following the departure of his predecessor Jan Singer who resigned in November, as the brand reported declining sales.

In February, the brand also teamed up with French intimates brand Livy to feature its chic pieces online and in select stores, while its Pink division launched a debut “GRL PWR” initiative to help jumpstart the futures of 20 women between the ages of 18 and 25 in the same month.

The lingerie company has endured a turbulent few months, after becoming embroiled in controversy in the run-up to the screening of its annual, big-budget 2018 Fashion Show last December. Comments made by chief marketing officer Edward Razek about casting trans women and plus-sized models during a Vogue interview sparked widespread criticism from shoppers and competitors, although Razek later issued an apology. CE/JB

‘Like a dream’ for 1st Pinay in Victoria’s Secret