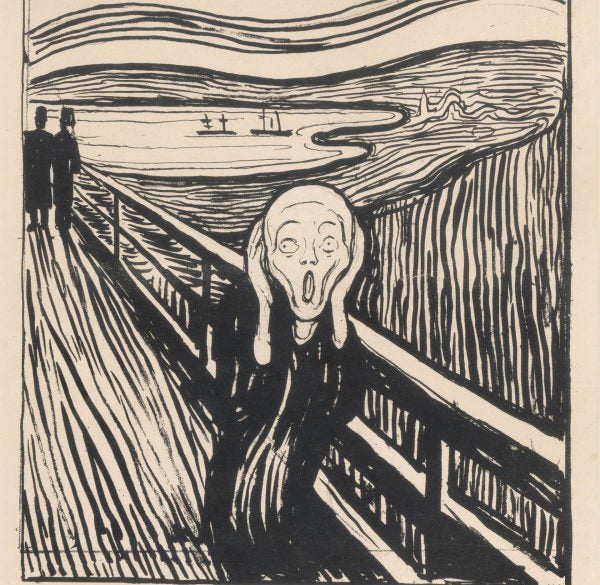 Rare exhibition of Munch’s prints to open at British Museum

Opening next month, the British Museum will host the largest exhibition of Edvard Munch’s prints in the United Kingdom in almost half a century.

“Edvard Munch: Love and angst” features more than 80 prints and lithographs of the artist, most of which were loaned from the Munch Museum in Oslo. A major highlight of the exhibition will be Munch’s iconic “The Scream”.

The British Museum will display a rare lithograph in black and white which Munch created following a painted version and two drawings of the image. Disseminated widely during the artist’s lifetime, it was these lithograph prints which made Munch and “The Scream” famous.

With only about 20 copies in existence, the British Museum had to borrow the version on display from a private collector, reported The Guardian. It will be the first time any version of “The Scream” will be on show in Britain for a decade.

Other highlights of the exhibition include “Vampire II” which is generally considered to be one of Munch’s most elaborate and technically accomplished prints. The controversial lithograph “Madonna” — featuring an explicit depiction of swimming sperm and a fetus — will also be on display, alongside “Head by Head”.

“Munch is renowned throughout the world thanks to his beautiful printmaking. But the U.K. is much less familiar with his prints as they were never collected here as extensively as elsewhere in Europe and the U.S.,” said Giulia Bartrum, curator of “Edvard Munch: Love and angst”, in a statement.

“Edvard Munch: Love and angst” will be on show at the British Museum from Apr. 11 to July 21. CE/JB