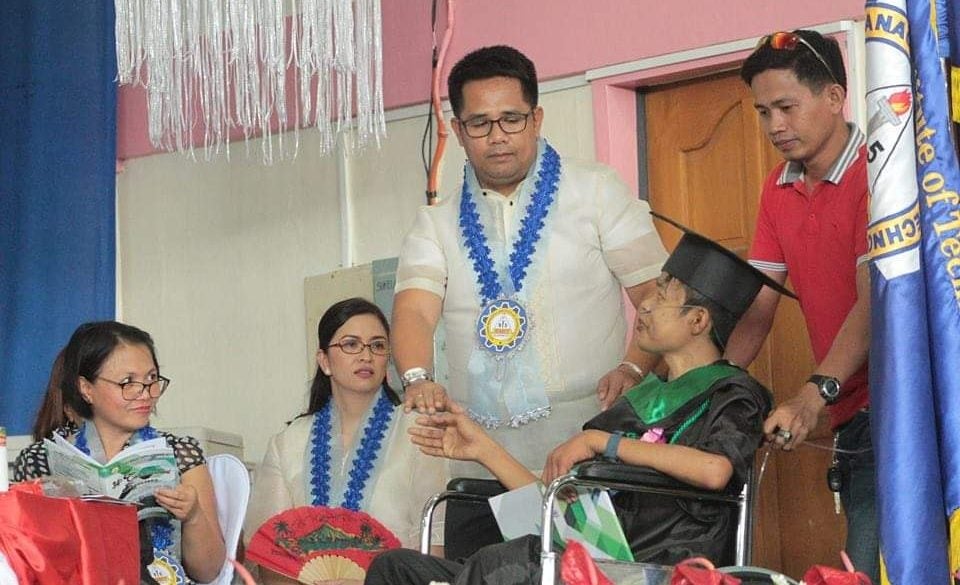 MANILA, Philippines–One student is keeping his hopes alive that one day he will eventually go places, even if that will mean he had to do it on a wheelchair and with an oxygen tank attached to him.

Despite suffering from rheumatic heart disease, Joemar Kenik Mangkok has defied the odds and finished his tertiary education at the Southern Mindanao Institute of Technology Inc. in Datu Paglas, Maguindanao.

Riding on a wheelchair and with a breathing apparatus connected to him, Mangkok marched on during the commencement exercises on Saturday to receive college diploma with the degree in Bachelor of Science in Education major in Math.

The inspiring photos gave netizens a load of mix positivity and admiration, amassing hundreds of reactions, comments, and shares.

In the post, Ayob said she’s wishing that Mangkok’s feat would provide an inspiration to other youths.